The annual Digital News Report from the Reuters Institute for the Study of Journalism is a must-read for anyone in the news, media and digital publishing industries. Clocking in at 164 pages, the latest study, which came out today, covers a cornucopia of topics, informed by an online survey of more than 90,000 digital news consumers in 46 countries.

DCN members will want to read the complete report when they can, but ahead of that, we wanted to share some of the most relevant findings for digital content companies. To do this, I read the full report, identifying key trends and corresponding with the lead author, Nic Newman, to discuss these areas in more detail.

It is a decade since the first Digital News Report was published. Newman reflects that, since then, we have seen a relentless decline in consumption of traditional news sources such as TV, radio, and print and the growing importance of digital and social media.

“This has brought [a] greater variety of sources and perspectives than ever before, especially for educated and interested news consumers,” Newman says. “But at the same time,” he adds, “we see those that are less interested [in the news] often feeling overwhelmed and confused.”

It is against this backdrop that major themes emanating from the latest report — including growing news avoidance, as well as declining interest and lower levels of trust in the news —need to be considered. With that in mind, here are four developments publishers cannot afford to overlook, and recommendations to help tackle them.

1. Respond to the implications of news avoidance

One of the biggest topics explored in the report is news avoidance. “Selective avoidance” is on the rise globally, with growing numbers deliberately steering clear of content that is often seen as difficult and depressing. Long-running and recurrent stories — such as those covering politics, the war in Ukraine, or the COVID pandemic — are also driving audiences to disconnect more frequently from the news.

To avoid audiences checking out, publishers need to recognize that some approaches in practice can be off putting. Therefore, they may need to offer a different content mix and tone. Addressing this is challenging, Newman says, because audiences also want — and expect — the media to cover difficult stories. Nevertheless, Newman identifies three areas where journalists and publishers can tackle several core reasons people often give for news avoidance: accessibility, negativity and bias.

First, he argues, we need to make news content more accessible and easier to understand. “This is one of the reasons why young people and less educated groups selectively avoid the news.” He also notes that content is typically produced for avid news consumers.

“Avoiding jargon and insider speak will help,” he says. More explanation, directly asking for — and addressing — audience questions, as well as producing fact-based content for video and podcast formats, could also be useful.

Secondly, telling stories differently might mean embracing approaches such as solutions and constructive journalism, as part of a mix of formats and content styles. Newman suggests outlets consider “finding more ways to cover difficult stories that provide hope or give audiences a sense of agency around stories like climate change.”

Lastly, we need to rebuild trust and credibility. Over a quarter (29%) of news avoiders believe the news is untrustworthy or biased. That rises to nearly four in ten (39%) in the United States.

“Some of that is about partisanship,” Newman says, “some is about sensationalist chasing eyeballs and clicks.” Potential remedies include “signalling opinion more clearly,” as well as “not labeling everything breaking news when it isn’t,” an approach CNN has recently broached.

Increasing reader revenue is a key strategic goal for many publishers. However, much of the digital spoils generated by subscriptions are enjoyed solely by the biggest national brands. In the U.S, around half of paid subscriptions go to just three titles: New York Times, Washington Post, and Wall Street Journal. More widely, fewer than one in five digital news consumers (19%) in pays for content.

This “winner takes most” dynamic can make it difficult for smaller and local publishers to compete. Furthermore, the rising cost of living may also mean that some audiences will look to cut back their expenditure on paid-for content.

As a result, publishers can’t afford to be over-reliant on subscriptions. It has to be just one component of their revenue portfolio.

That’s a development Newman says news providers are alive to.

“More publishers are recognizing that subscription on its own will not be enough,” Newman says, “especially as further growth is likely to [be] constrained by rising prices and the squeeze on household budgets. Developing multiple revenue streams will provide resilience and help publishers weather the coming storm.”

3. Ensure you have an effective first-party data strategy

As the experienced product marketer Aphrodite Brinsmead noted last year, browser updates and privacy regulations impact the ability to use personal identifiers and capture customer data through third-party cookies. Subsequently, Brinsmead reflected, “the race is on for publishers and brands to leverage first-party data.”

However, news consumers appear to be wary about providing personal information, such as email addresses, to publishers. Just under a third (32%) of the report’s sample indicated they trust news websites to use their personal data responsibly. This drops to fewer than one in five in France (19%) and the USA (18%).

Most publishers understand that they need to develop their first-party data capabilities. But knowing you need to get to grips with this, and effectively doing so, is not the same thing.

“The low numbers (28% average) who have currently registered with a news site show that most news websites simply do not have a clear enough value proposition to get people [to] give up their data,” Newman argues.

This principle aligns with the subscription challenge publishers face too. It is hard to convince audiences to pay for content if the same material is available elsewhere for free. In these circumstances it seems not even inclined to hand over their email address to access it.

To remedy this, Newman suggests, “publishers will need to use a mix of competitions, events and special features to get those numbers up. They also need to persuade people that they will treat personal data responsibly.”

4. Do things differently if you want to reach Gen Z

As we outlined recently, Gen Z is a demographic with its own outlook and media habits. The Digital News Report reinforces this, with Dr. Kirsten Eddy, a Postdoctoral Research Fellow at the Reuters Insitute, commenting on the growing gulf seen in the media behaviours and preferences found among many younger audiences compared to other demographics.

This cohort is less interested in traditional news subjects like politics. It also has a weaker connection with news brands. “They are also more skeptical of traditional sources,” Newman advises. “They are also shaped by social aspect of news ‘who is telling the story’ and what others think about it.”

As a result, this is a demographic more likely to seek out diverse voices online. They are less concerned about impartiality and more comfortable with journalists expressing opinions on social media. A preference for more visual social networks has meant that across all markets the use of TikTok for news consumption has jumped among 18–24s from 3% in 2020 to 15% in 2022.

“But they are not simply all TikTokers,” Eddy cautions, recommending in a dedicated essay (found on pages 42-45 of the full report) that publishers connect with the topics young people care about, and develop content that is aligned to the style and tone of specific platforms. Publishers should do this, in preference to “expecting young people to eventually come around to what has always been done.”

The big four (and much more)

These four issues – reaching younger audiences, addressing issues of news avoidance, ensuring you have an effective first party data strategy and the need for revenue diversification – matter to publishers large and small. As a result, these were the topics that emerged as most critical upon first read of the Digital News Report 2022.

They are, of course, just a fraction of the actionable insights that can be gleaned from this weighty annual research study. Readers may also want to delve further into issues such as trust, polarization, as well as data related to the consumption of podcasts, online video, email news and attitudes towards coverage of climate change. 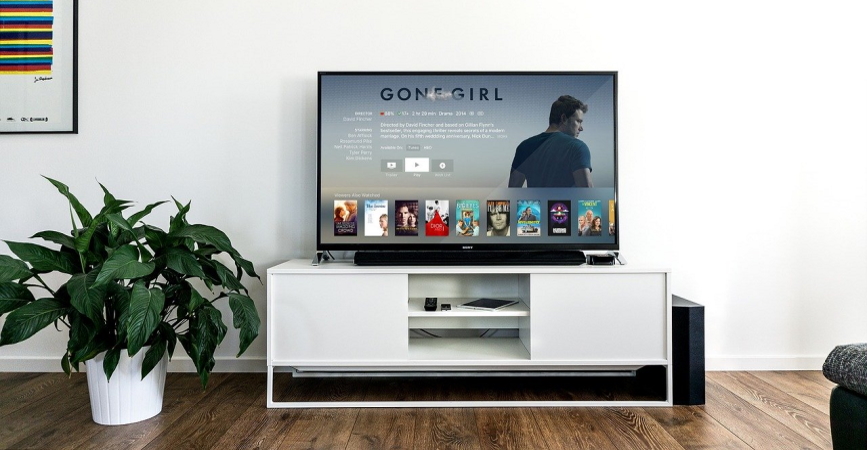 Consumer behavior was transformed by the shelter in place lifestyle during the pandemic. Stay at home policies not only impacted the way we work and shop but also how we consume media. We’ve seen significant changes in consumer media habits as well as those of media infrastructure. Closures of movie theaters and shutting down film and television productions altered our entertainment sources.

To access the effects of the coronavirus and adjust the entertainment and media (E&M) forecasts, PwC delayed the release of its annual Global Entertainment & Media Outlook. The new assessment comes with the realization that for consumers, E&M is centered in the home. It’s now more remote, more virtual and more streamed. PwC estimates that in 2020 the E&M world declines by 5.6% or $120 billion in absolute terms compared to 2019. However, they project the sector grows by 6.4% in 2021. Further, overall revenue grows 2.8% at a compound annual growth rate from 2019 to 2024.