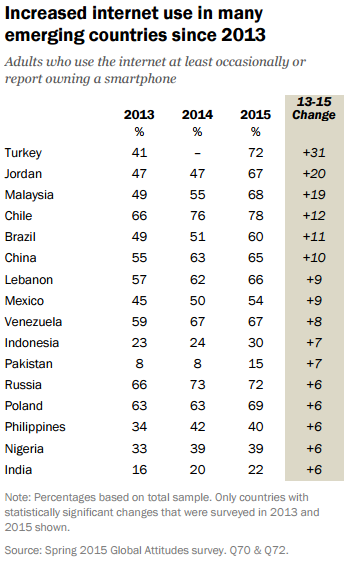 here has been a noticeable rise over the past two years in the percentage of people in the emerging and developing nations surveyed by Pew Research Center who say that they use the internet and own a smartphone. From 2013 to 2015, the percentage of those across 21 emerging and developing countries that use the internet occasionally or own a smartphone rose to 54%, with much of that increase coming from large emerging economies such as Malaysia, Brazil and China. By comparison, a median of 87% use the internet across 11 advanced economies surveyed in 2015, including the U.S. and Canada, major Western European nations, developed Pacific nations (Australia, Japan and South Korea) and Israel. And Pew reports that overwhelming majorities in almost every nation surveyed report owning some form of mobile device, even if they are not considered “smartphones.”

Among Pew’s other key findings: 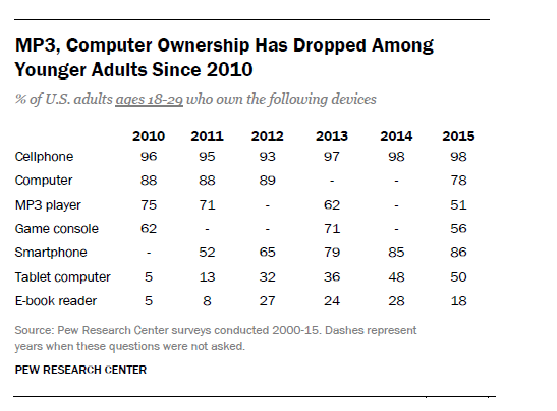