When the latest Apple TV went on sale last week, it was well received by reviewers and almost as quickly decried for its potential to disrupt the television ecosystem. While OTT has certainly had an impact on the cable TV business, Apple’s latest foray has the potential to make apps the new must-see TV channel.

Apps have opened the door for an increasing number of independent content plays, from the un-bundling of cable to pure play and native digital entrants into the market. Edmunds.com – which has long made content central to its car-shopping experience – is among those making its set top box debut on Apple TV

Yes, Edmunds TV will deliver their web experience to your television. But even more importantly, according to Stephen Gandee, VP of Product and Design at Edmunds.com, it offers the ability to deliver content that parallels the consumer’s cross-device path to purchase. Given how effective apps are as a component of the ecommerce journey, the app-ification of television could provide the optimal intersection of content and commerce.

It’s no coincidence that Edumunds.com chose iOS for its OTT move. The company carefully monitors how its audience behaves across different platforms and when analyzing these behaviors, they noticed an interesting difference between Android and iOS car shoppers: While users of both mobile operating systems favor the Toyota brand, iOS users skew to premium brands overall—favoring BMW, Mercedes-Benz and Lexus. Needless to say, this affluent (or aspirational) iOS mobile user is likely to be a fan off Apple TV as well.

At launch, Edmunds TV will leverage the video assets in which the company has already made a significant investment. The company currently boasts a six-person video team, producing reviews as well as information on specific issues to car buyers—such as whether to buy or lease—as well as helpful information like how to jump start a car.

Gandee believes that television provides a way to better serve particular points of the automotive research cycle. “When people are crunching the numbers or reading safety articles, they’ll be in lean-in mode, probably on desktop or mobile. But when it’s after eight, the kids are in bed and you’re relaxing with a glass of wine, we can provide a lean back experience on Apple TV.” Cars, as Gandee points out, have an emotional component that is well suited to video and more leisurely content experiences: Are you a four-wheel drive person with a snowboard, or all about the latest car technology? And he can see ample opportunities to offer video experiences that will appeal because a “car speaks about who you are and what you are about.”

While Edmunds TV does not include manufacturer videos at launch, Gandee says that the company is in talks with automakers and others about the possibility of presenting OEM content—clearly marked as such—on their channel. They made this decision after reviewing consumer research showing that car shoppers visit Edmunds.com as well as manufacturer and dealer sites to seek a wide range of information. Overall, the focus will be “to stay true to car shopping, which is really our purpose. We’re not trying to be an entertainment brand. We do think that shopping for a car can be entertaining, but that’s not the main point.”

Gandee notes it’s important to innovate and be where the customer wants to be—both of which can be seen in the company’s Apple TV initiative. However, he believes that this means developing a deeper understanding of how they behave across delivery channels. In fact, he says that Edumunds.com sees this latest move onto Apple TV as one more step toward an over-arching goal, which “leverages people’s multichannel behavior so that we can be there from web, to app, to TV and really personalize and optimize the experience.” 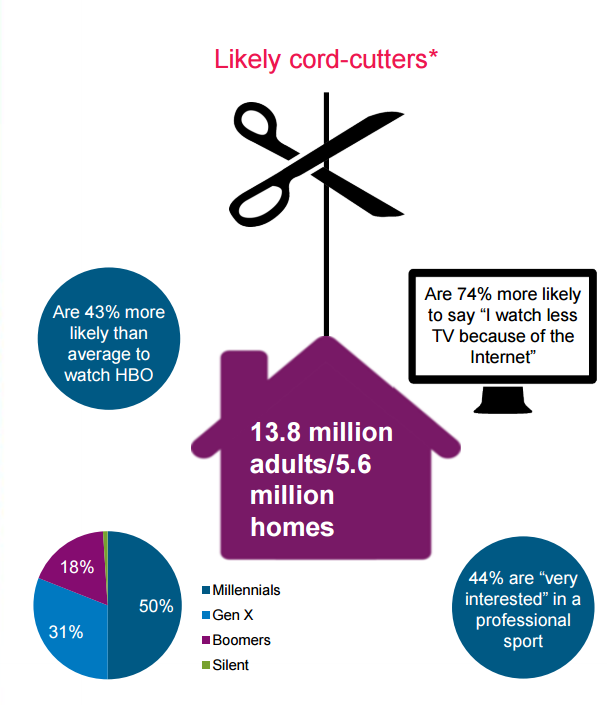 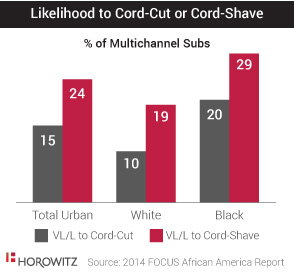 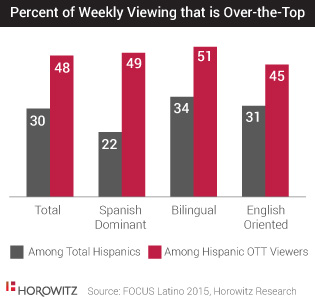 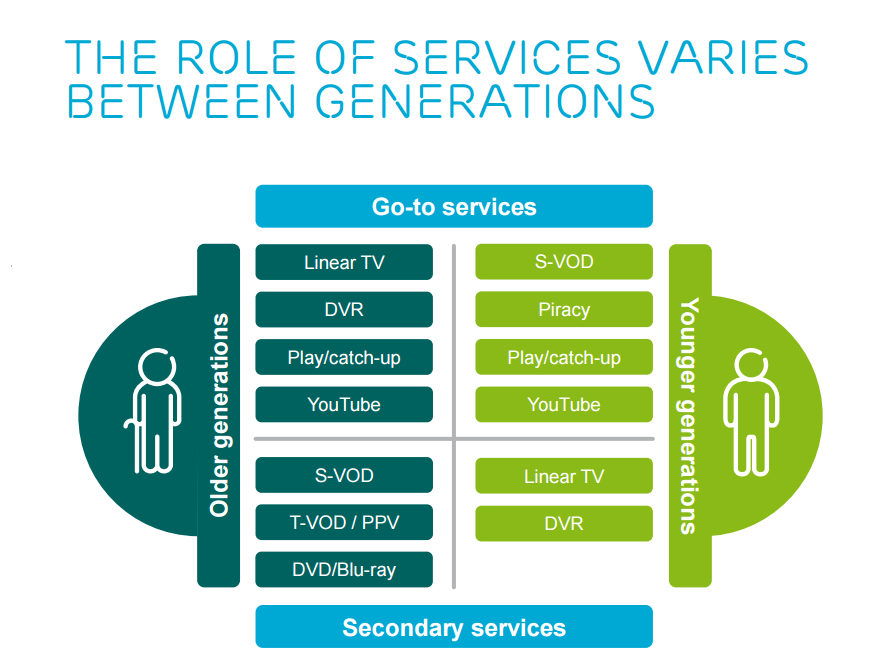 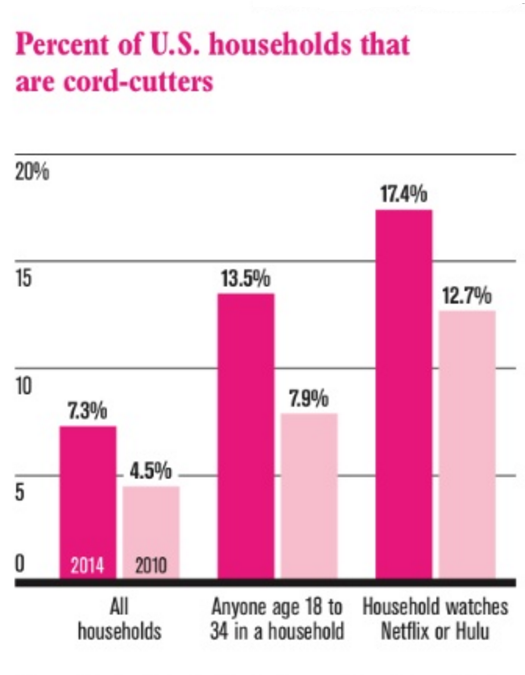 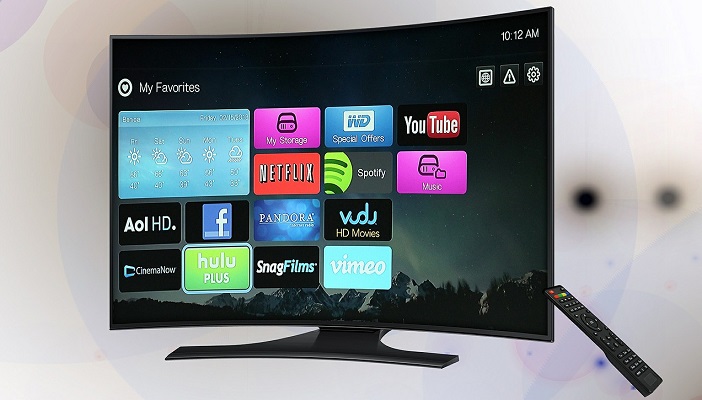 SMART TV penetration has reached a milestone in Q2 2015 with 46 million U.S. internet households now owning a connected device. According to NPD’s Retail Tracking Service these devices include TVs, video game consoles, streaming media players, and Blu-ray Disc players that consumers can connect to the Internet giving access to over-the-top (OTT) content services such as Netflix, Amazon Prime and Hulu for over-the-top content. 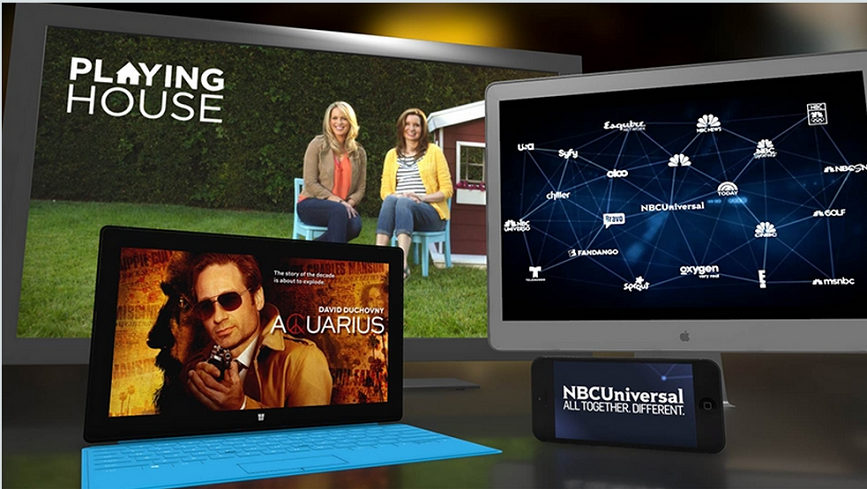 Doesn’t it seem like this year’s Upfront presentations were filled with way too many acronyms, making it harder and harder to make sense of them? Playing House’s Executive Producers, writers and stars Lennon Parham and Jessica St. Clair break down what they all mean and how they illustrate the innovation taking place at NBCUniversal.

The State of Online Video is Limelight Networks’ latest in a series of annual surveys that explores consumer perceptions and behaviors around digital content. The State of Online Video 2015 report is based on responses that Limelight Networks received from 1,206 consumers ranging in demographics, gender, and education. According to the findings, most people watch 1-2 hours of online video each week, though younger viewers do watch more overall.  When asked under what circumstances respondents would terminate service with their cable or pay-television subscriber, the largest percentage of respondents indicated, by a wide margin, that they would terminate their subscription because of increasing prices. Again, this number is even higher among  young Millennials of which more than 40% indicated that they would terminate for financial reasons.

Key findings from the Limelight’s report include:

New data from Juniper Research shows that subscriptions from over-the-top (OTT) TV providers such as Netflix and Amazon Prime will generate $31.6 billion by 2019, up from just under $8 billion in 2014. According to Juniper’s report Mobile & Online TV & Video: OTT, IPTV & Connected Markets 2015-2019, continued growth in the established markets of West Europe and North America, along with the emergence of key OTT players in the Far East and Asia Pacific, will bring a surge in the uptake of OTT subscriptions over the next four years.

The Growing Trend for Online Video

OTT providers at the forefront of 4K delivery

In addition to the full research, Juniper has also published the whitepaper, OTT ~ A Threat Networks Can’t Shake Off.

Data highlights from Parks Associates include: