It can be hard to make heads or tails of gender equality in the media landscape. One minute we hear that women are rising on media boards – and the next we hear that news is controlled by white men. When 46 of 50 U.S. media boards have at least one female director, it’s easy to be optimistic about the state of women in media. But then the wind is taken out of our collective sails when we hear Wall Street Journal employees are so distressed about the state of their newsroom that they wrote a letter “expressing concern about the roles of women and people of color in the newsroom.”

Additionally, the Women’s Media Center found that at “20 of the nation’s top news outlets, men produced 62.3% of news reports analyzed during a studied period while women produced 37.7% of news reports.” On a slightly more encouraging note, the WMC also found, “At least one woman was among the top three editors at 77% of responding ASNE organizations.”

So, with all of this conflicting information at our fingertips, what’s a girl to do? 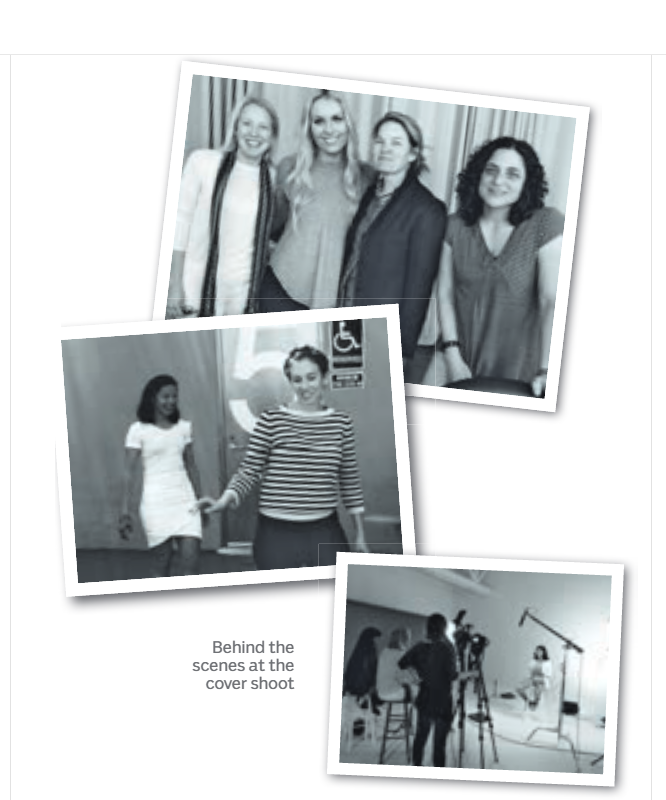 Well, if you happen to work at OUTSIDE Magazine, you strike a blow for gender equality by putting out your first ever all-female issue. Also known as the “XX Factor Issue,” the May installment will feature nothing but women, and will be created by them too. From the writers to the photographers and subject matter, this content is by women, about women.

“There have been studies done on newspaper sports sections that show most publications cover women far less than they cover men,” says Mary Turner, Deputy Editor, OUTSIDE—who received a promotion for this issue to run the show. “That’s true in the outdoor industry, too, in both [editorial] and advertising creative.” At the same time, she says, “women have never been a stronger force in our world, representing 51% of all outdoor consumers and spending billions on gear and travel alone last year.”

OUTSIDE isn’t stopping at just the one print issue. They plan to run additional women-centric stories and bylines at Outside Online. This includes an Outlook episode on Outside Television, a podcast series hosted by Florence Williams, as well as a documentary film produced in partnership with sponsor R.E.I.

“During our 40 year history, OUTSIDE has always covered women. The issue we’re trying to address is overall balance, and we wanted to start a conversation about that,” Turner says. “We know we can do a better job, and we want to be a leader in this space. It was very important to us that the women on our cover and in the magazine represent all parts of our world and a diverse range of ages, sports, ethnicities, and professions. We’re very proud of how it worked out. And we’re also proud of our partnership with REI, who launched their Force of Nature effort in the issue, announcing their multiple initiatives to get more women into the outdoors and challenging the industry as a whole to do more as well. As R.E.I says, you can’t be what you can’t see.”

R.E.I isn’t the only sponsor getting in on the XX Factor. “Not only did a number of advertisers juggle budgets and campaign timing to be in the issue, several went as far as to create female-focused brand ads specifically for the issue,” says Turner.

For some publications handing an issue over to the female staff might have presented some logistical challenges, but the team at OUTSIDE was ready for it. “I’m happy to report that OUTSIDE’s [editorial] and online staff is almost 50% female, so yes, we had enough women on staff to manage the issue,” Turner says. However, they didn’t do it entirely alone. She adds, “it’s important to note that while all of the writers and photographers we used in the issue are women, the men on our staff did edit stories and contribute in other ways. They were so excited about the issue, which was really cool to see. Creating this issue brought a lot of good energy to our staff as a whole.” 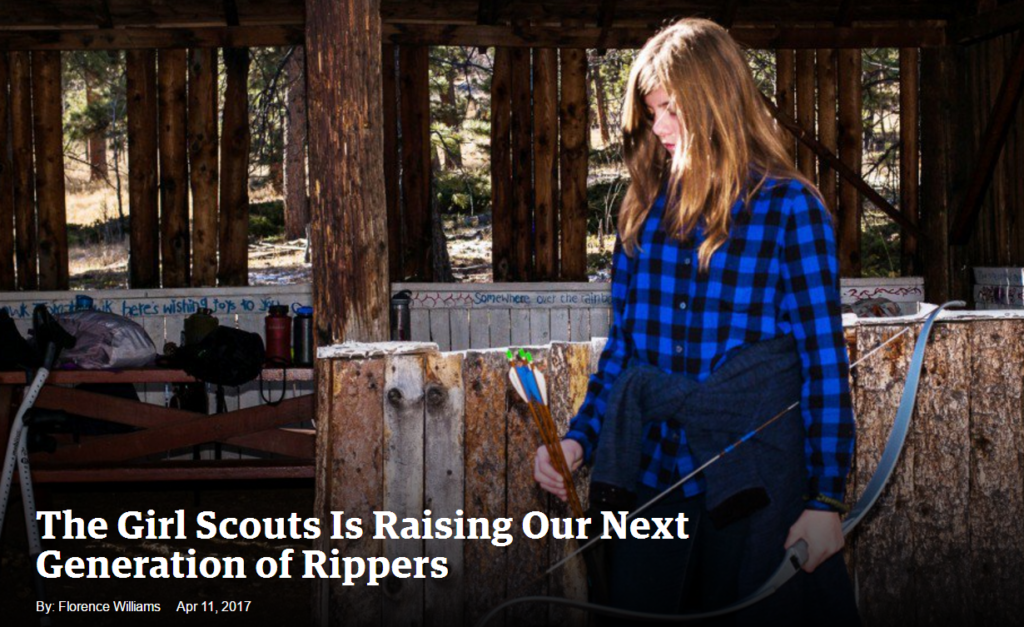 Diversity (in media or elsewhere) is not only about gender, which is why OUTSIDE wanted to make sure they represented a wide range of women of different, ages, ethnicities, and interests in the XX Factor Issue.

“In the issue, we have everyone from 8-year-old Girl Scouts to 93-year-old Gert Boyle, the Chairman of Columbia, who we interview on the last page,” says Turner. “And there are a wide range of subject matters covered, from how women are better endurance athletes than men, to a poignant memoir from writer Rahawa Haile on hiking the Appalachian trail alone last year, to a hilarious romp that writer Taffy Akner takes into the billion-dollar wellness industry.” 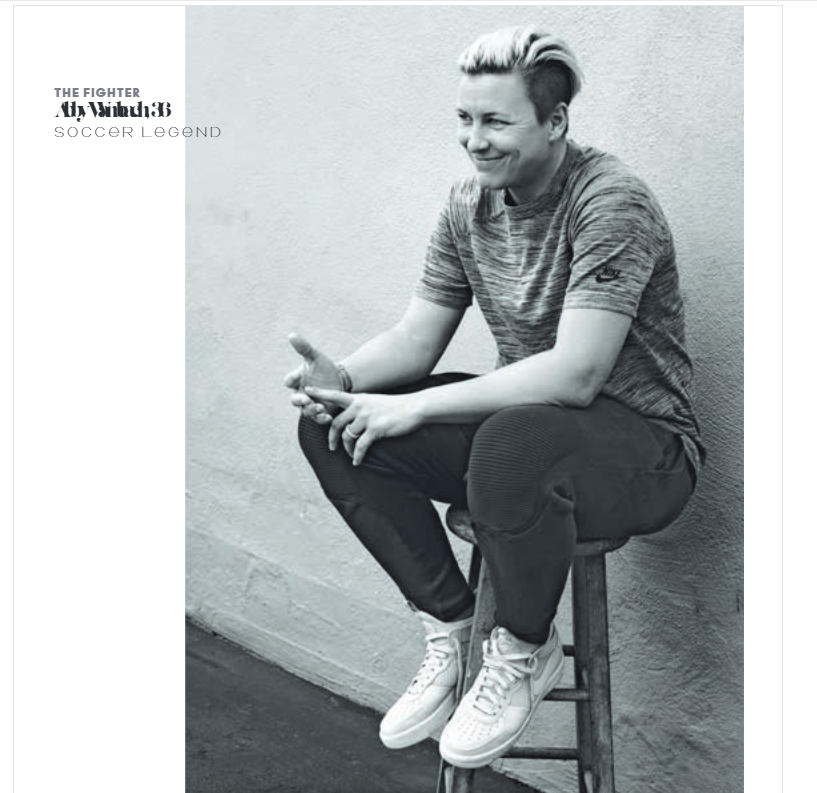 And OUTSIDE took the same approach when it came to creating its fold out cover. It features everyone from soccer player Abby Wambach, who is fighting for equal pay for women, to GirlTrek cofounders Morgan Dixon and Vanessa Garrison, who aim to have one million African Americans walking by 2018.

The XX Factor issue hits stands April 11, so it’s still early gauge audience reactions to the issue. Will men skip picking it up at the store? Or will it fly off the shelves? Considering that women drive 70-80% of the economy, it’s a safe bet that quality content aimed at their interests and concerns is a good investment.