More than 80% of marketers, advertisers, and publishers worldwide say that data is important to the deployment of their advertising and marketing efforts and a full 92.2% believe that it’s likely to play an increasingly important role in the future. Topping the list of the ways in which data is being used to tune marketing efforts is the targeting of offers, messages and creative content. And that makes a lot of sense given that 63% of marketers say they’re increasing their spending on native advertising this year. 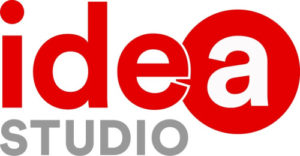 About.com is aiming squarely at the intersection of data and content marketing with the launch of its IDEA Studio, the company’s custom content studio. IDEA stands for Intent, Data, Expertise, and About. In keeping with the company’s clearly defined content strategy, About.com’s content studio will focus on creating how-to and expert-written content that helps people answer questions, solve problems, learn something new or find inspiration. As About.com CRO Brian Colbert puts it, “When you look at how native is done in the marketplace, every publisher does it a bit differently. Since most of our traffic is intent driven, coming from search, we look at content marketing, native advertising and branded content as a great opportunity for an advertiser to be in front of the user in a very specific mindset.” That mindset, according to Colbert, is lean-in and intent driven.

While About.com clearly knows where its traffic is coming from and why, during the past year the company has made a significant investment in upping its data game. Last summer, About.com assembled a five-person data team that includes a linguist, a neuroscientist and is led by former astrophysicist Jon Roberts. Roberts, About.com’s VP of Data Sciences says that when he joined the company it had a wealth of information about how users consumed its nearly four million pieces of expert-created content. Unfortunately, the vast majority of that data was in the form of Excel spreadsheets. Roberts says his team has built a system, which he refers to as a “knowledge extraction tool”, that provides deep linguistic analysis of the site.

Initially, the tool was deployed to assist content creation teams by surfacing what users were looking for and how they were searching for it. “We’ve spent a lot of time working on problems for our content team,” says Roberts. The depth of About.com’s data archive—now assembled in a more queryable way—lets them “take a deep-dive into what the world is interested in…and it also provides a strong tool for predicting what they will be interested in at any given time across any or all of our topics.”

This data-driven tool has since been rolled out across the entire organization. Roberts says that discussions about how to better use data to support sales functions within the organization began early on in his tenure, but the launch of IDEA has accelerated and intensified his interactions with sales, including attending his first sales content, which he describes as “an education…understanding the requirements of a specific sales market is fascinating.”

While Roberts’ team is able to provide a fine-grained analysis about what people are interested in at any given time, Colbert says that it is the combined strength of the sales team and content-creation expertise that can put that data to work in the market effectively. For example, from a content-search perspective, flu season starts in the fall with a focus on prevention methods such as vaccines, but also has other distinct phases such as an interest in how it is transmitted and how long one is contagious, through treatment during the winter. These searches might well be on the Health channel of the site, but also arise on Travel or Parenting verticals, for example. Armed with granular detail on when people are searching for very specific information, their IDEA Content Studio can help an advertiser understand what content customers seek, precisely when it is being searched for.

Colbert says that then the company’s subject matter experts will create the type of content that resonates best with About.com readers, also noting the opportunity for brands to provide complementary content that will be clearly labeled and integrated into the flow of informational content on the site. While the content studio will leverage writers who create content for the editorial side of the house, Colbert says that “we have to stay true to our users. While brands can help inform, editorial will remain in our control.” The important thing, says Colbert is that the content be of sufficient quality so that readers find it useful, whether or not it comes from a brand. And to that, Roberts adds that About.com’s unique data set “allows us to know exactly what the user will be interested in. We don’t have to guess.”

And while Colbert readily admits that content marketing is not a new tactic for the industry or About.com, he believes that the launch of the IDEA Content Studio will formalize the structure and provide a better opportunity to work closely with advertisers to deliver effective marketing messages. He is enthusiastic about the opportunity to take content marketing to a new level at About.com: “what I’m most excited about is this team, our data scientists, our new integrated marketing team: We now have the arsenal to do content marketing right.”