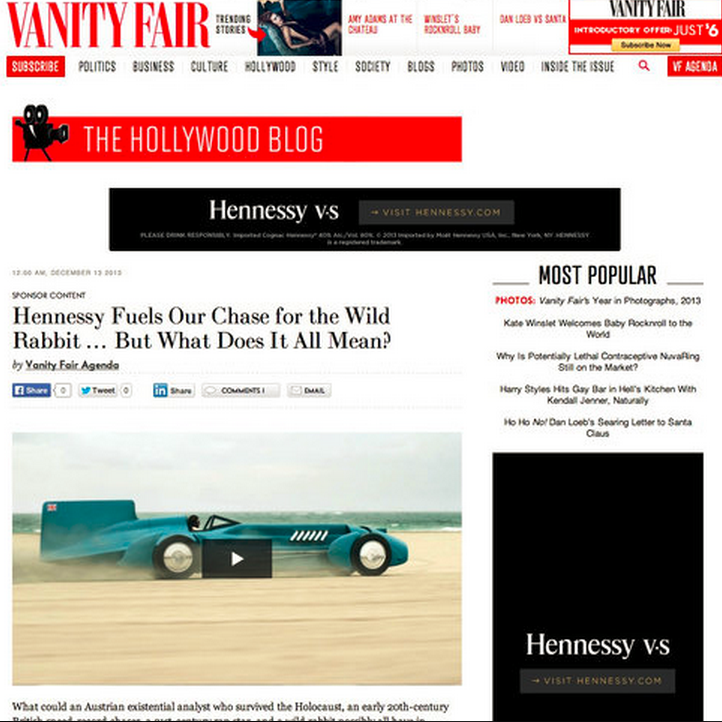 This Q&A is part of OPA’s “Three on Three” series where we ask three industry executives the same three questions on a topic to uncover actionable insights… If you want to learn more, keep an eye out on our site for more interviews. Today’s Three on Three interview is with Edward Menicheschi, VP & publisher of Vanity Fair, on Creating a Native Advertising Content.

Q: Describe the importance of quality content in the Native Advertising value proposition:

A: Quality is everything in generating content for our audience and Native is no exception. Part of the filter that our in house agency, VF Agenda, applies is: does this have a rational reason to be within our brand? Will our audience find value in all of this? Does it propel the storytelling process around the subject matter?

Q: Describe the way in which your organization handles the creation of Native Advertising content:

A: We receive multiple requests on a monthly basis for Native Advertising content creation. As a company, we made a decision to enter this space last year. We pass on a fair number of requests if we feel we don’t have something great to offer the consumer or something that makes sense within our brand voice. An example of something that worked particularly well was the Hennessy Native content program we produced last December. The “Hennessy Original Film” about car racing felt like a natural fit for our readers.

Q: What types of marketing initiatives lend themselves best to leveraging Native Advertising and how can they be designed to better deliver on their objectives?

A: We always think of story line first in considering how Native Advertising can support a brand’s marketing initiative. Is there something new to discuss, is there context that works beyond a traditional ad message that leads to discovery? Is there relevant subject matter that will lead an audience to want to find out more? Those are the benchmarks that we think marketers should be asking themselves beyond the traditional KPI’s.

Don’t enter the space for the sake of saying you’re in it. Really think through the implications for your brand. Transparency is paramount in communicating that Native Advertising is sponsored content. The consumer is way too plugged in to assume that you can blur the lines and they won’t know. Be up front. Tell a great story. Set the bar high. And use great content creators who know how to land a message with the consumer.

Edward Menicheschi has been VP and publisher of Vanity Fair since August 2006. He previously was president of WWD Media Worldwide. He first joined Condé Nast in 1986, working at GQ. He also served as executive editor of Vogue for two years before being named associate publisher in 1994. Menicheschi also was the president of IAM.COM, a talent-search website.