When Andrew Chen, mobile growth guru and General Partner at Andreessen Horowitz, revealed research that showed the average app mostly loses its entire user base within a few months it triggered an avalanche of interest in understanding the characteristics of an exceptional app. Chen suggested standout apps owe their high metrics and user appeal to efforts early in the funnel to build consumer connection and demonstrate value. He also warned that sending “spammy notifications” was a strategy sure to backfire.

Fast forward, and more companies are following his advice, using notifications to enhance the app experience, not annoy app users. In a recent interview, Doug Vance, Vice President, Product Development, ABC News, discussed how the company has harnessed push notifications to help consumers personalize breaking news alerts. It’s part of a wider strategy to put consumers in control of their news experience, on smartphones and on the web.

The ABC News journey to redefine the push experience started in 2016, when it made the decision to relaunch its platforms to serve a national audience with election coverage that was highly engaging and locally relevant. The process—segmenting the audience according to their explicit news preferences and then automating campaigns to deliver notifications that would activate, not frustrate, users–taught ABC News three key lessons around the right way to personalize push.

As Vance sees it: it all starts with having a conversation with your users in a way that really “speaks” to them. Determining the news consumers want more of, or want to avoid altogether requires continuous dialog that is not limited to the times when a user opens the app. “We didn’t offer this via the app; we offered it directly within the app,” Vance recalls. To this end ABC News automated the process including questions [about user preferences] in the news feed in what the company internally called an Election Module that users would see every time they opened the app.

Marketing wizard Seth Godin once pointed out that frequency, familiarity and “saying it more than once” are essential to building customer relationships. The same factors are essential to powering effective push notifications. With this in mind ABC News didn’t assume consumers would jump on the opportunity to personalize their news consumption from the get-go. It reinforced this feature with frequent interactions and opportunities educating users about the “how” and “why” of volunteering information about their interests.

“In the summer leading up to the election, we gave users the opportunity to answer questions (about their news preferences) in the app and tell us, “Hey, look, I really love politics, so send me everything that you think is important about the election,” Vance explains.  Users could also choose to receive fewer alerts, and they also had the option to ignore the question altogether and just scroll past it. The point is: users were in complete control of their experience. On election ABC News had the data to deliver users real-time results based on their explicit interests. What’s more, the 2016 election emerged as the “high-water mark” in how ABC news could deliver personalized push and engage audiences.

ABC News reasoned that users who opted in for new alerts would be most interested in what was happening in their own individual state and want to how more about how their state voted in the presidential race. To meet this expectation, the company ensured that push notifications were aligned with users’ preferences and user location. “We saw that giving users more granular control over the news alerts they received and then using geo as a means to segment and personalize these push alerts served us very well.” In fact, push was one of the most-used features in 2016, with ABC News sent over 25 million alerts to its user base. “Overall, we saw a massive increase in the open rates of regionalized push notifications and, more importantly, we didn’t see increased uninstalls due to the huge volume of the alerts we delivered.”

Building on these best practices has allowed ABC News to chalk up an impressive 2 million-plus user base for push notifications in native apps. The challenge will be to grow that number and deepen engagement. This is where a multi-channel approach to user education can pay dividends.

Information about the app and personalized push alerts as a value proposition figure prominently in every aspect of how ABC News interacts with its audience. During the recent Mark Zuckerberg hearings before Congress, the company cut into regularly scheduled network coverage to remind viewers that they can download the ABC News app to follow developments and get more from the story. 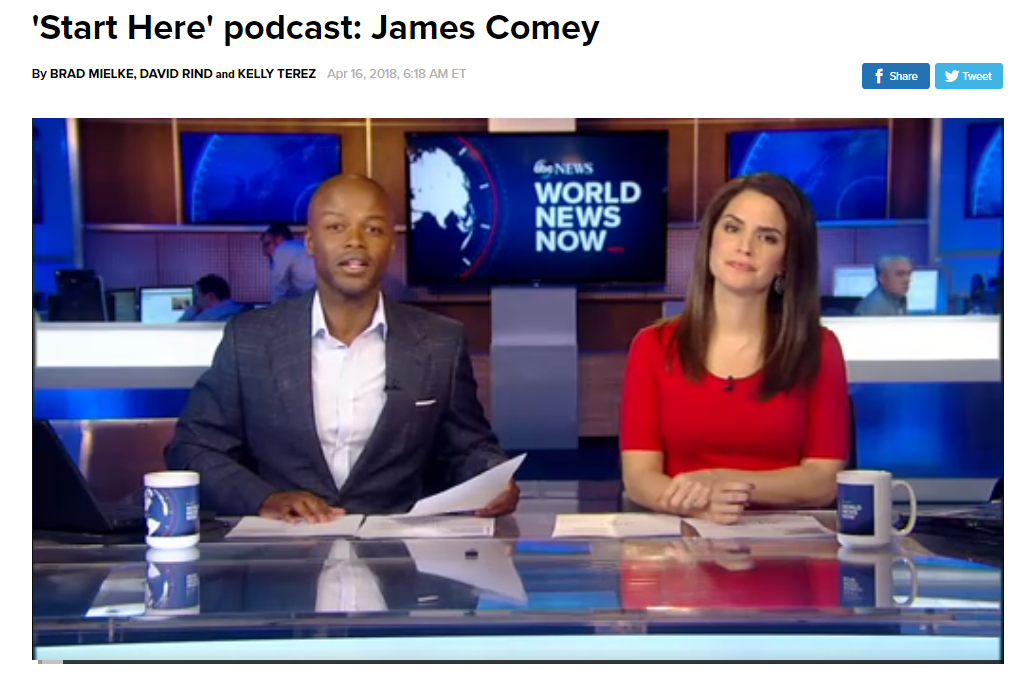 Encouraged by engagement metrics that have in some cases doubled thanks to personalized push for news ABC News is evolving its strategy. An example is Start Here, a new daily podcast where ABC News’ approach to push doesn’t just let users opt in for alerts that tell them when a new episode is published. The platform allows users to open the podcast from the in-app notification and play it right there. ABC News is also focused on doing the same for its digital originals and features brand, allowing users to set and receive an in-app notification when a new documentary is published.

Push notifications are expanding in their uses and use cases. They span alerts that deliver short, relevant, time-sensitive messages, to in-app notifications that can deepen users’ engagement by removing the friction (and the clicks) that separate people from the content they love. The question is not whether to use push, but rather how to prioritize and sequence push in its many forms and formats to drive app engagement, not abandonment.