Getting ones’ news digitally is not just for millennials—it’s the norm these days. In fact, nine in 10 U.S adults get their news digitally either via desktop or mobile. We’ve also seen strong digital native brands, those originally founded on the web like Vox Media or Huffington Post, emerge as leaders in the news marketplace. The new Pew Research Center research looks at 36 digital native news outlets that averaged at least 10 million monthly unique visitors in Q4 2016. The analysis provides an excellent snapshot of the digital native news industry’s audience strategies to increase outreach and engagement. 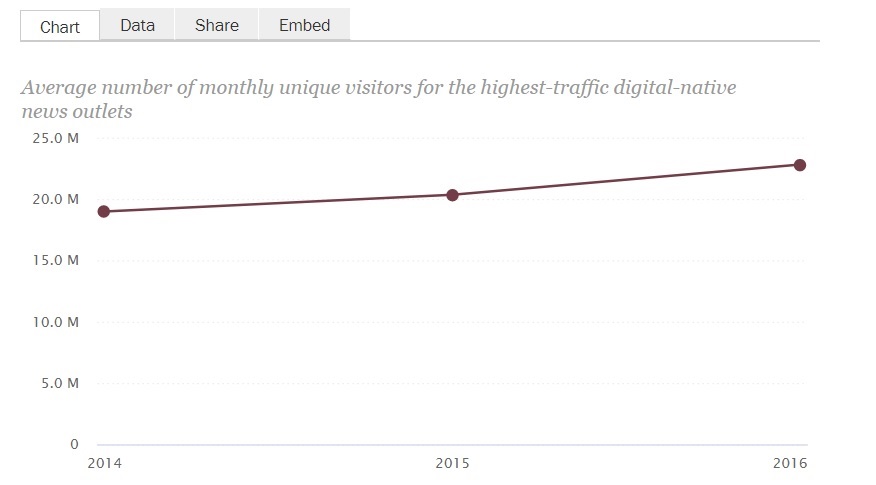 The use of digital native news apps is an important part of audience strategies. Close to two-thirds (61%) of the highest traffic digital-native news outlets have apps available for either iOS or Android. Mobile compatibility is an important part of their overall strategy and user engagement. In fact, 42% of these new outlets have apps supporting both iOS and Android.

User outreach is key to building and sustaining engagement. Almost all digital native publishers (97%) offer newsletters. Three-quarters produce podcasts and 61% have comment sections on their articles to promote consumer feedback. Digital news outlets also rely on social media to engage their users: All of those covered have Facebook pages and Twitter accounts. Almost all have Instagram accounts (92%) and are on YouTube (97%). Less than 25% have a Snapchat channel or account.

Digital advertising continues to grow as a proportion of total advertising revenue, a trend that Pew points out is driven in large part by growth in advertising on mobile devices. Interestingly, based on a Pew Research Center survey conducted earlier this year, more than eight-in-ten (85%) U.S. adults now get news on a mobile device compared to 72% just a year ago. 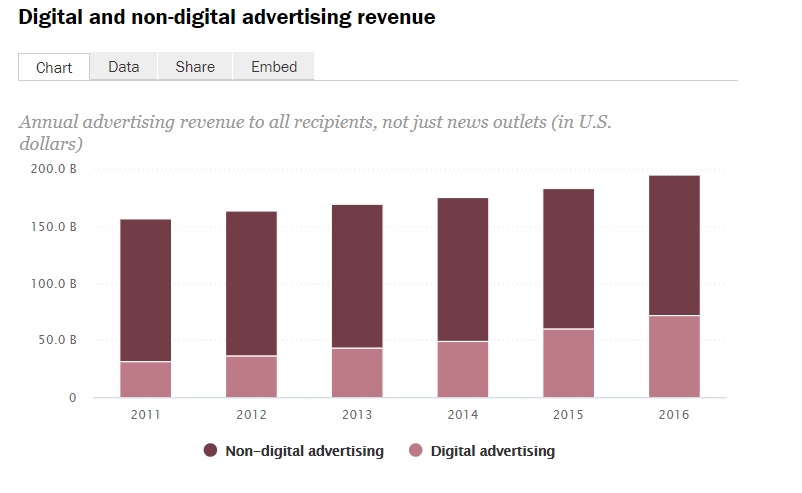