It was just a matter of time – we all knew it had to happen eventually – but the other shoe is dropping on digital advertising’s most glaring weaknesses: accountability and fraud. Brands are taking steps to exert more control over growing online advertising budgets, and rely less on external agencies to do the job. 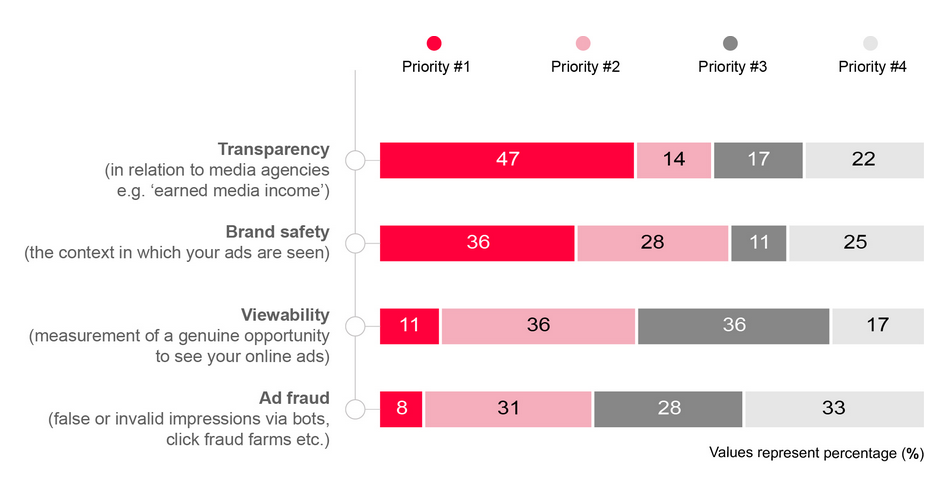 This is according to a new survey from the World Federation of Advertisers (WFA) of 35 global companies with more than $30 billion in ad spend. To wit: nearly 9-of-10 say they are pulling back spending in ad networks that don’t allow third party verification, and three quarters of them say transparency is an “escalating” issue.

Though short of revolutionary, these survey findings indicate a meaningful attitudinal shift among brands: now more comfortable with the digital channel, and under pressure from CFOs and CEOs to get waste under control, they’re putting pressure on the source – the media buying function.

Former Mediacom CEO Joe Mandel set this process in motion back in March of 2015 at an Association of National Advertisers meeting when he declared: “I personally believe we’re living through the least transparent time for the media industry in our careers”. Fast forward to May of this year, when WFA’s survey was conducted, and we’re beginning to see empirical evidence of the backlash.

What this means for different constituents in the digital marketing ecosystem:

Given that digital will soon account for nearly half of all advertising spending – and was barely its own unique line item as recently as 2000 – brands are smart to be re-thinking their approaches to online media buying. Indeed, many industry experts will credibly claim that these changes are long overdue. Regardless, the trends signal an interesting new chapter in digital marketing, where opportunities will emerge for organizations – brands, agencies, and publishers alike – that evolve to accommodate changing marketplace demands.