Advertisers spent a total of $17.5 billion dollars in digital media in 3Q 2016, a 20% increase compared to same time-period last year and a 4.3% increase over prior quarter. This is the highest third quarter for digital advertising spending on record according to the latest IAB Internet Advertising Revenue Report.

Almost half of all digital ad buys (47%) were on mobile platforms with spending on desktop experiencing a 12% as compared to the same time last year. 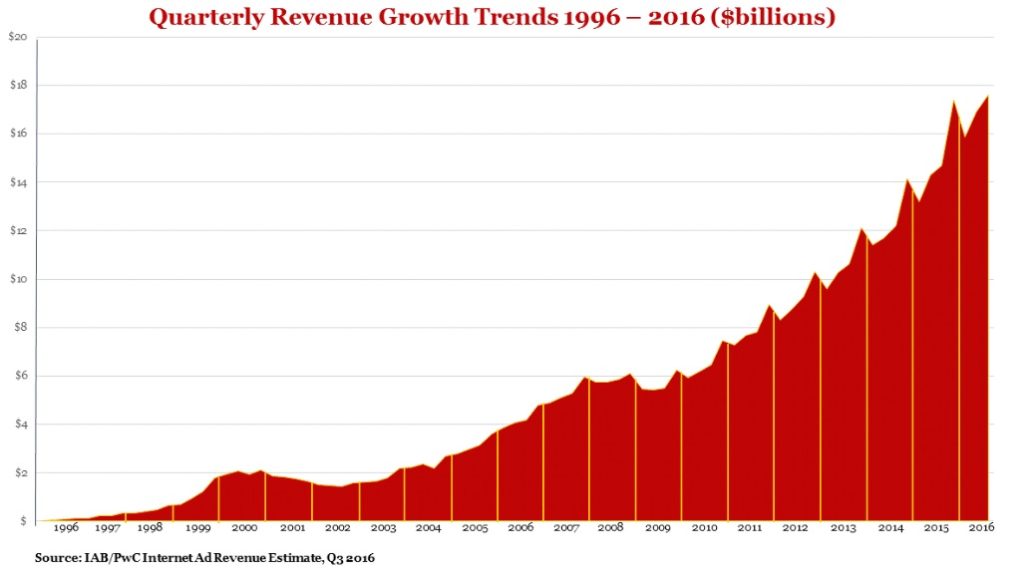 But the real question is which media players are capturing these digital ad dollars? According to Brian Wieser, a Wall Street analyst specializing in AdTech for Pivotal Research, Facebook and Google received more than 75% of this revenue. Based upon his analysis, Digital Content Next CEO Jason Kint points out that while Facebook and Google registered strong quarterly profits, when these two players are excluded from digital ad revenue growth, digital media spending averaged a mere 1% increase in Q3 2016. So while digital advertising revenue growth is exciting, the overwhelming dominance of only two players certainly dampens any enthusiasm around the finding for the majority of industry players.