Okay, let’s start off with an obvious—but critical—fact: Just about everybody’s watching digital video. According to comScore, almost every demographic watches some form of digital video each month. 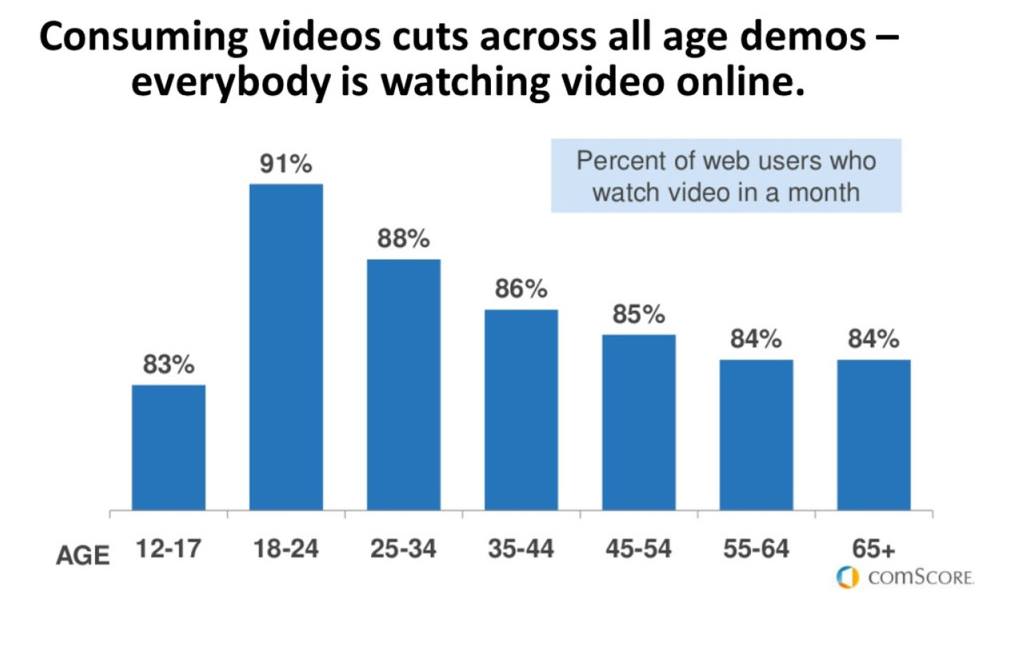 That said, it is clear from the comScore chart that there are segments that are consuming more than others. And, According to Defy Media, consumers aged 13-24 watch 12.1 hours of video per week on YouTube, social media and other free online sources, and another 8.8 hours weekly on Netflix and other subscription-video services. (That’s more than two and a half times the 8.2 hours weekly they spend watching television.)

While few of these younger viewers adore advertising, they are much more amenable to a brief sponsorship announcement or product integration is than the traditional preroll. 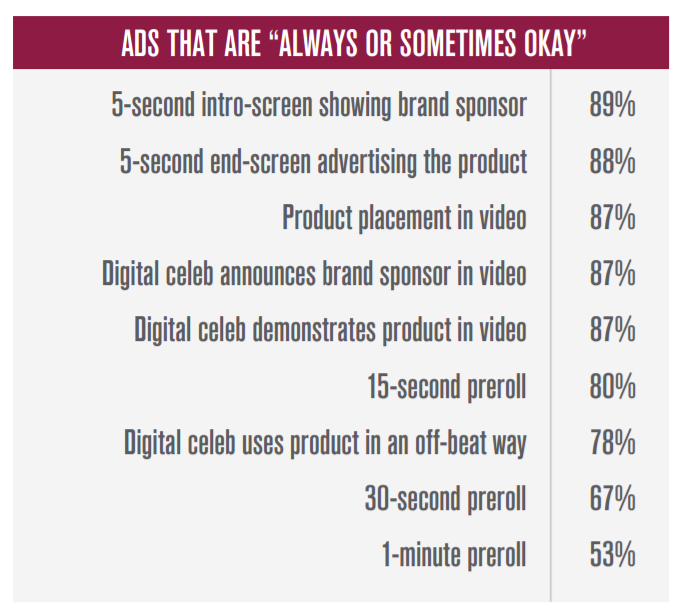 In its 2016 Digital Ad Spend Study, the International Advertising Bureau (IAB) reported that Digital Video and Original Digital Video budget allocations resulting from the NewFronts event have steadily increased over the last 3 years. Their research finds that ad spending on original digital video programming has increased 114% since 2014 and, on average, marketers and advertisers are spending more than $10 million annually on Digital Video, representing an 85% increase from 2 years ago. 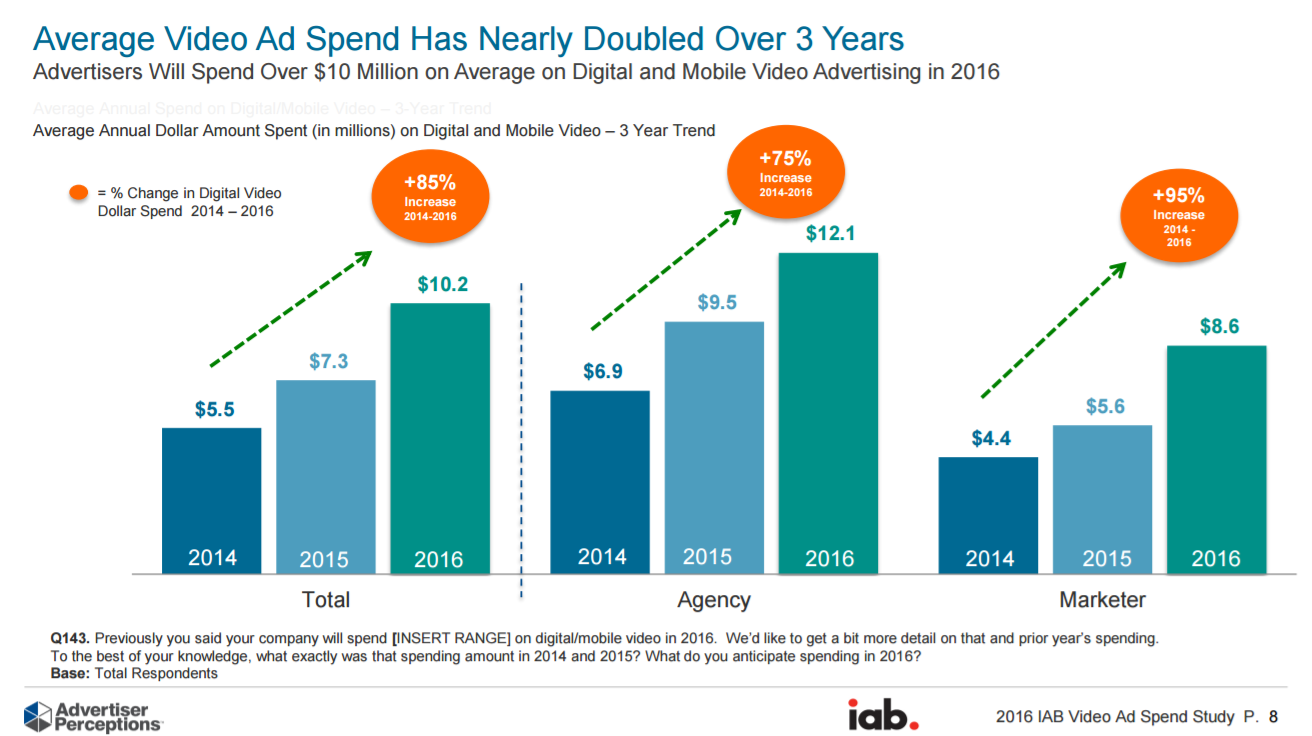 According to Statista, there’s still plenty of room for growth, though. Statista analysts expect the digital ad market to grow at an average rate of 10.9% over the next five years, with social media and video advertising outpacing the overall market’s growth. And while search marketing is forecast to remain the largest share of digital advertising, it is predicted to rise about 57% whereas video is expected to experience an 80% increase. 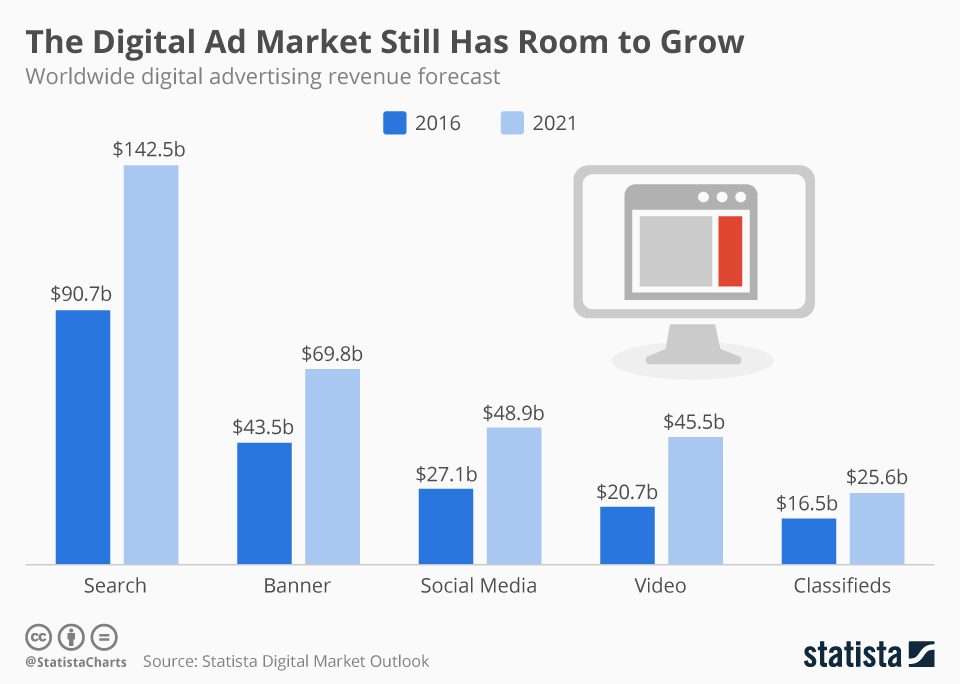 While marketers find video to be among the most effective content type used in content marketing initiatives, they also rank creating it as among the most difficult, according to a report from Ascend2 and its Research Partners. Customer testimonials, explainer/tutorial videos and demonstration videos are ranked as the most effective types of video content marketing, per Ascend2’s research. 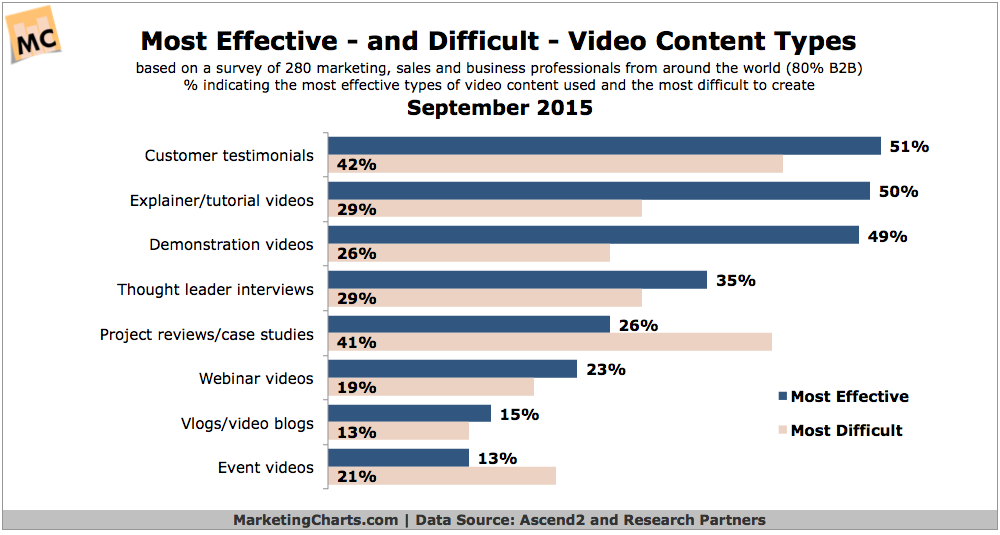 Time of viewing affects ad effectiveness. Online video advertising seems be most effective between the hours of 3 a.m. and 12 p.m., according to a study from cross-platform video advertising firm YuMe. They saw this trend across all age groups including millennials, Generation X, and baby boomers. 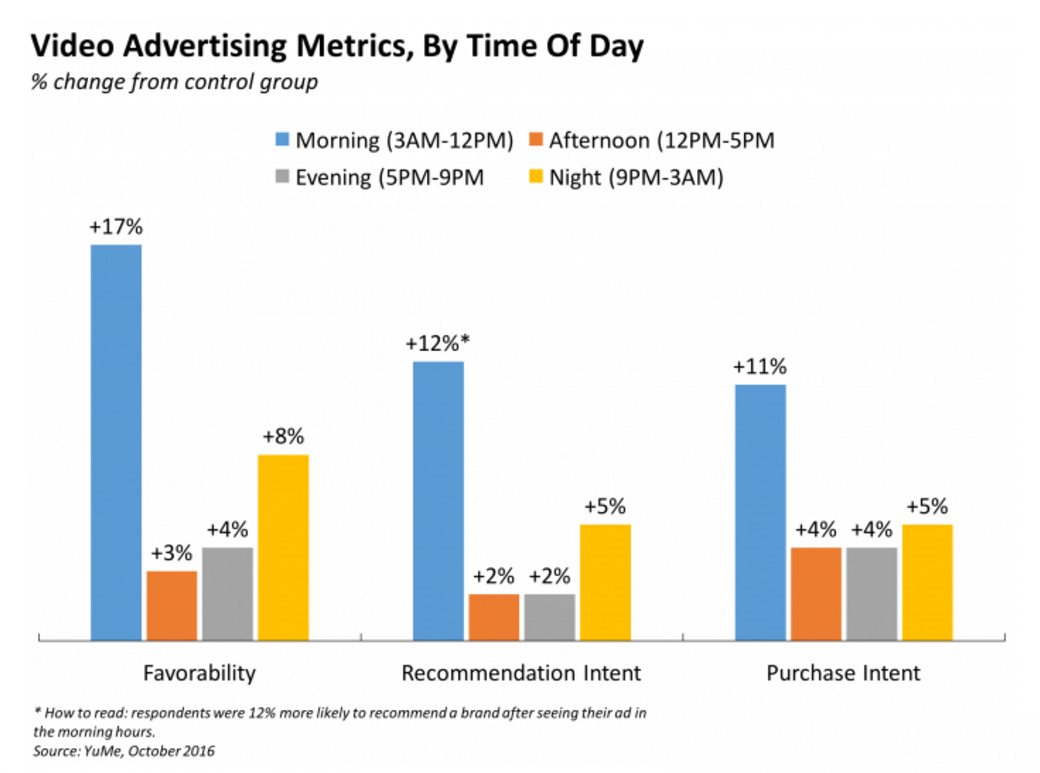 Mobile will be the biggest driver of digital-video ad spend over the next few years according to BI Intelligence. They found that US digital-video advertising revenue from PC- and mobile-based video ads will top nearly $5 billion this year, and grow at a five-year compound annual growth rate (CAGR) of 21.9%. 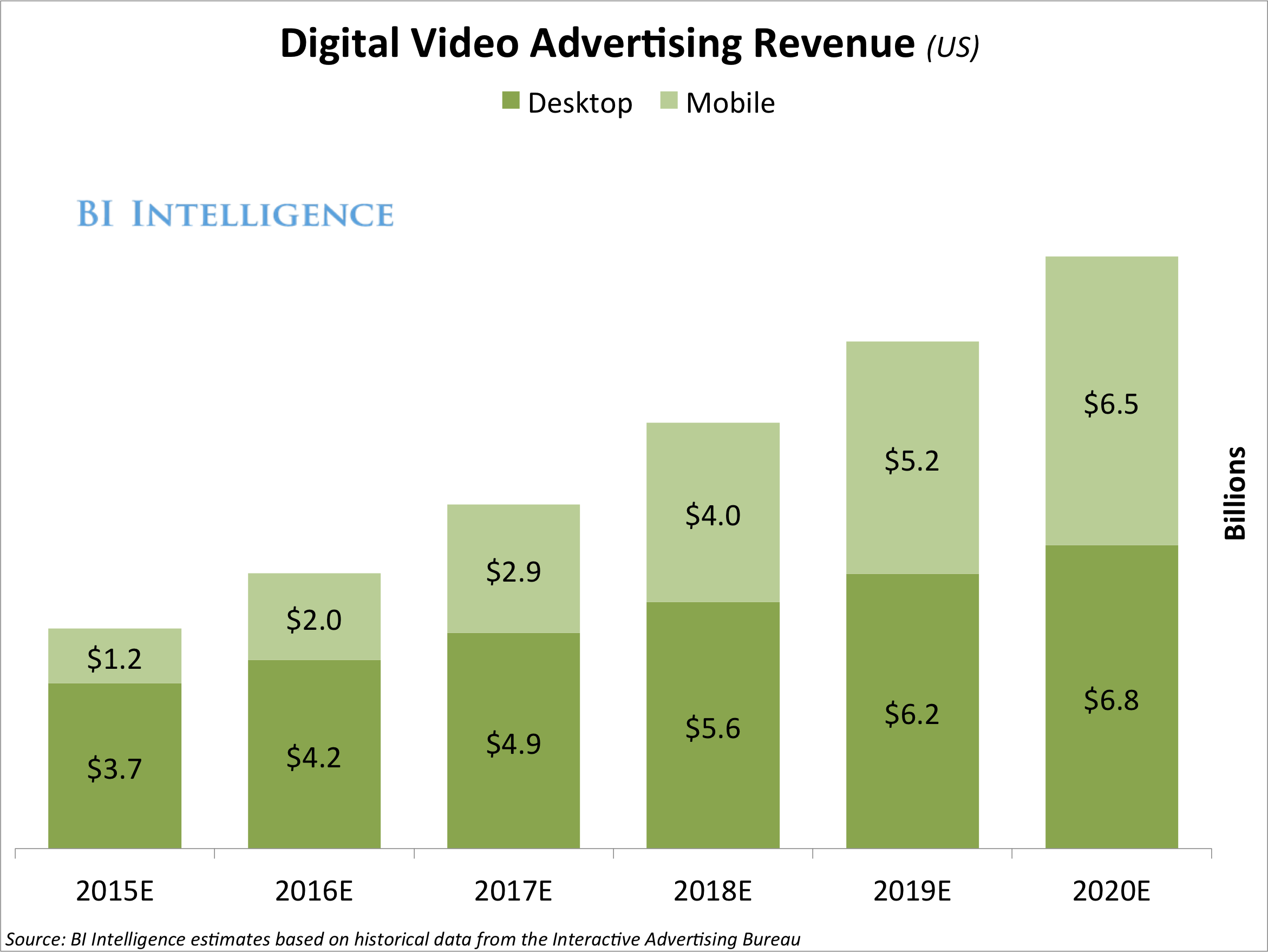