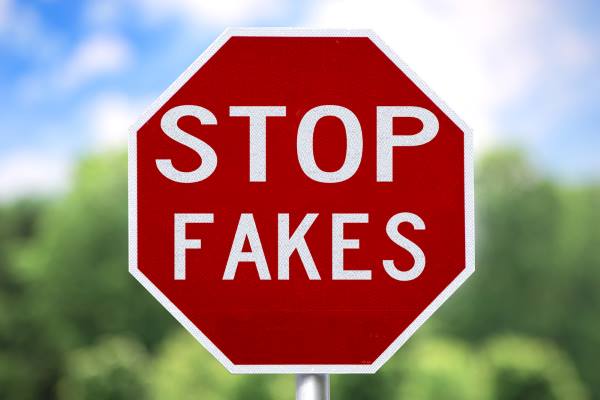 Since Donald J. Trump became president-elect of the United States, attention on “fake news,” its role during the U.S. election, its contribution to social media echo chambers (and subsequently, our understanding of reality) has taken America by storm. By one professor’s estimate, at least 120 fake news sites exist. Apparently, fake news entrepreneurs can earn anywhere from $10,000 a month, to $3,000 a day—even as much as $10,000 a day from Google AdSense.

Facebook’s role as the garden where these fake news “insects” roam wild is under even more scrutiny, as is the payment mechanisms from Google. Just what these companies ought to do, though, and how publishers can assist with their efforts, has been a trial-and-error process that leaves few, if any, industry analysts satisfied in the current hyper-partisan, “post-truth” world. But some common themes have emerged in the search for solutions.

First, Admit There’s a Problem
One is that the leaders of these tech companies must acknowledge with resolute conviction that they do contribute to the spread of misinformation. Facebook CEO Mark Zuckerberg immediately denied the claim that Facebook played a major role in the elections and declared that “more than 99 percent of what people see is authentic.” Six days later, after more intense coverage on the issue—including word that a renegade group of workers within Facebook had formed a task force to deal with the problem—Zuckerberg wrote a more thoughtful post on Facebook, outlining some of the projects in motion to mete out fake news.

“We do not want to be arbiters of truth ourselves, but instead rely on our community and trusted third parties,” he wrote before specifying efforts like third party verification from fact-checkers and improvements on the quality of “related articles.” “Disrupting fake news economics” is also a goal, and Facebook updated its Audience Network policy as well to align with that. Now, it states “it will not display ads in websites or mobile apps that hold fake news,” as Adweek’s Marty Swant and Christopher Heine reported.

Google too revealed it was working on policy changes to keep fake news sites from using its AdSense advertising network. The new mandate pressures publishers to prove their legitimacy. “Moving forward, we will restrict ad serving on pages that misrepresent, misstate, or conceal information about the publisher, the publisher’s content, or the primary purpose of the web property,” Google said.

Second, Take Concrete, Transparent Steps
The moves are not quite enough, though, according to DCN CEO Jason Kint. In a letter to Facebook CEO Mark Zuckerberg and Google CEO Sundar Pichai, Kint argues that the two companies owe both users and democracy far more, especially with their resources. “Wouldn’t it make sense for you to pursue cleaning up the garbage littering the digital media ecosystem with the same excitement, investment and vigilance with which you pursue these huge, visionary projects?” Klint wrote. “We don’t see that in your public statements or actions.”

He also underscored the necessity of transparency. Zuckerberg’s post, for example, had left some industry analysts wondering—who are the independent fact-checkers Facebook will be working with? When news broke that the company was secretly developing censorship tools to enter China, many in the tech industry bristled at why it couldn’t devote that kind of stewardship to curbing fake news.

Zeynep Tufekci, an associate professor at the University of North Carolina School of Information and Library Science, stressed that Facebook needs to open up its walled garden of data on fake news and its influence. “Unfortunately, Facebook exercises complete control over access to this data by independent researchers,” she wrote in an Op-Ed for the New York Times. “It’s as if tobacco companies controlled access to all medical and hospital records.”

Roles for Publishers, Ad Tech
If Facebook is akin to a tobacco company, that means that publishers and news outlets must work harder to depend less on Facebook and more on alternative means of distribution, to reduce the monopoly it has over publishers. Publishers also need to look internally at themselves. Fraudulent ads have been known to appear on the New York Times, for example, because human oversight of programmatic advertising is often lacking. Even if the Times has one of the “cleanest ad experiences in the publishing business,” as public editor Liz Spayd wrote, the Times should do more to ensure this stepsister of fake news doesn’t appear.

Ad tech firms, who tend to take a “who am I to decide?” approach to fake news, as Digiday’s Lucia Moses wrote, might also want to focus less on the dollars earned and have an empathy check. Perhaps they could take a tip from AppNexus Inc., which operates one of the biggest digital advertising services. The company did a “human audit” of the so-called alt-right website Breitbart News, found it violated hate speech rules, and so barred Breitbart from using its ad tech service. Even if AppNexus wasn’t looking at fake news, per se, its hard scrutiny shows how firms can be serious about the range of issues it has presented.

The publishing and platform businesses ultimately serve their users. For publishers to truly emphasize facts in the click-bait, competitive nature of the web, they need to prime their audiences with less of an emotional reaction toward consuming information, and write headlines and news alerts appropriately instead of amplifying false claims. That also requires much-needed media literacy for all of us, especially in light of news that students cannot identify fake news.

Indeed, no one technology company or publisher can save us now. This is a group effort.