Consumers pay more attention to advertising on televisions than advertising viewed across other screens according to a new report Evaluating Engagement & Recall by Platform. Nielsen and the Council of Research Excellence hired independent researcher Hub Entertainment Research to measure how people watch television.

In the study, consumers viewed the same five shows “Bones,” “Family Guy,” “The Big Bang Theory,” “Survivor” and “Family Feud” with identical ad loads across TV, computers, smartphones and tablets. Interestingly, 62% of TV viewers reported they were able to recall half or more advertisers compared to viewers of tablet (47%), smartphone (46%) and computer (45%). In contrast, program engagement did not register notable differences by platform.

Viewers also reported that TV (89%) offered the most positive viewing experience, followed by tablet (63%), computer (54%) and phone (43%). Further, viewers paid the most attention to advertising on television (29%) compared to 23% for smartphones, 20% for computers and 17% for tablets. 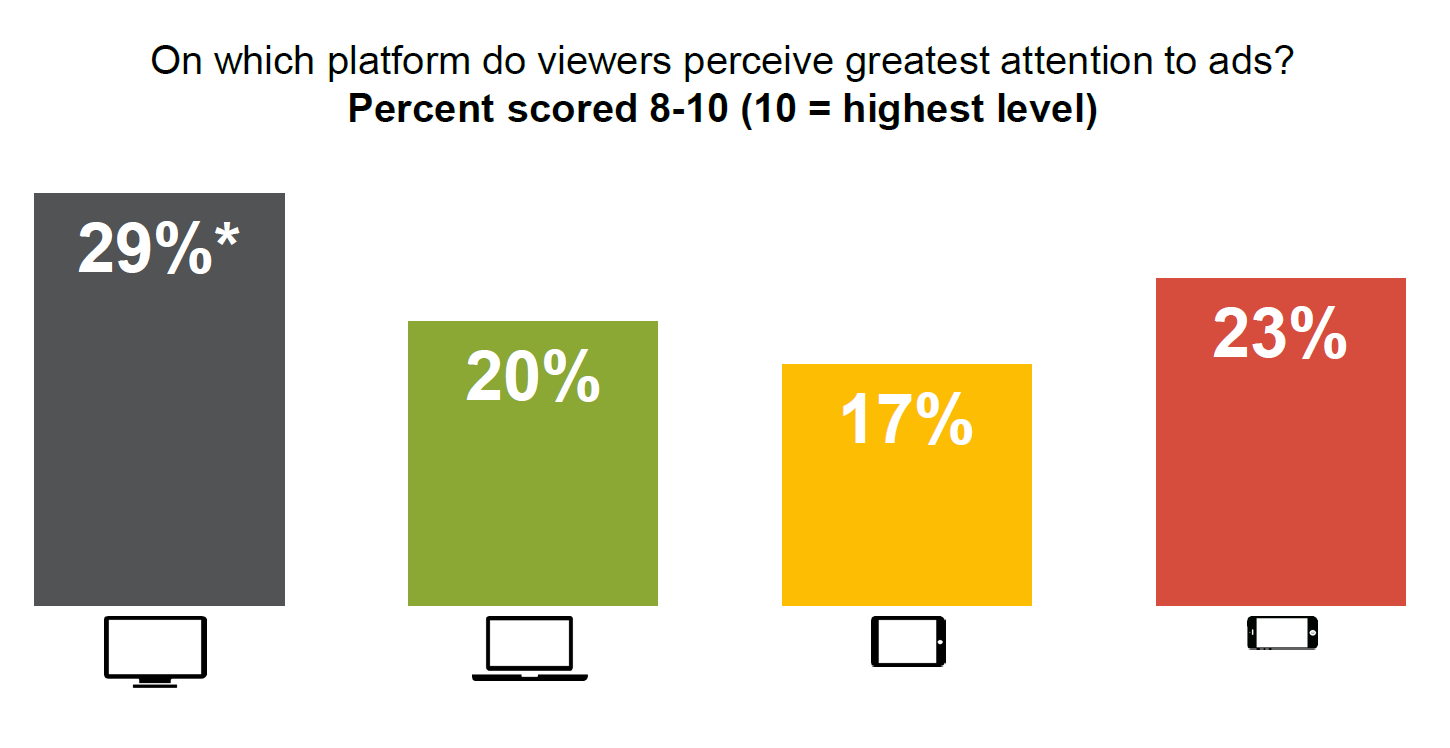 Additionally, the study found that multi-tasking negatively impacts ad recall but not program plot recall. Importantly marketers need to understand drivers of engagement across platforms as well as those specific to their targeted demo. Identifying drivers and assigning value to each platform will better align expectations with campaign effectiveness.