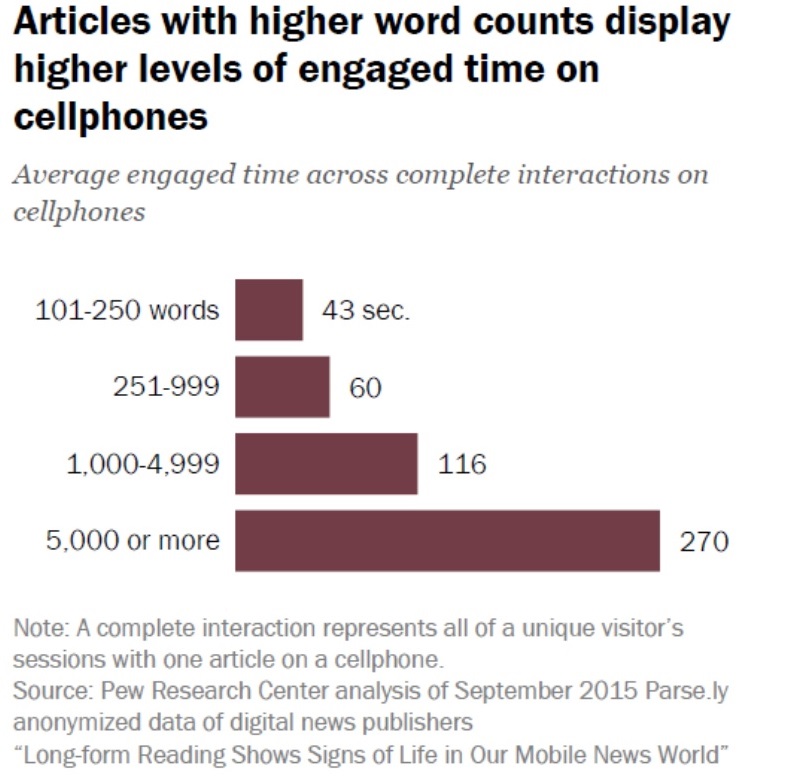 Consumers are willing to engage with longer content on their phones. A recent Pew Research study conducted in association with the James L. Knight Foundation and Parse.ly, a web analytics company, found that consumers spend almost twice as much time with long-form stories (i.e., news stories over 1,000 words) on mobile devices than short ones (123 seconds compared with 57). In fact, longer stories attract readers at about the same rate as shorter stories. While a 123 seconds or just over two minutes may not seem so long, it’s longer than most consumers spend with local television news stories. Importantly, the higher word count appears to directly correlate to increased consumer engagement.

However, consumption of content, short and/or long can vary based on how the reader came to the article, the time of day, and even by the topic covered.

Content on mobile does not need to limit itself to short-form. Mobile offers publishers a strong outlet for long-form content allowing for more sources, more points of view and additional context. 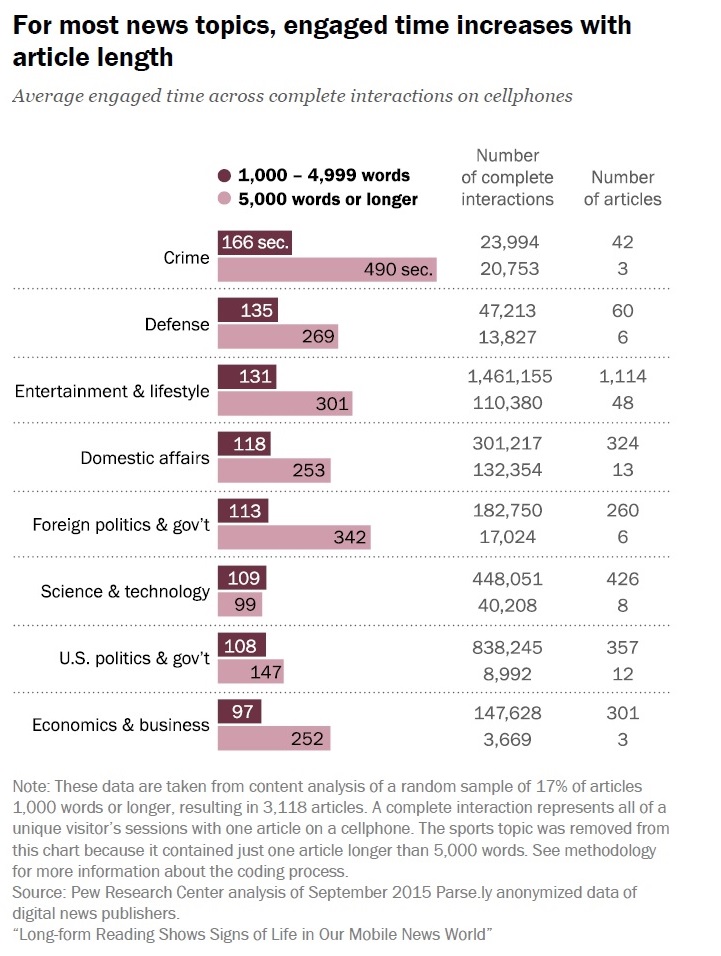