Today’s consumers accept mobile ads in exchange for free apps and content reports Millennial Media in its new study What’s My Worth? The global study conducted by Opinion Research surveyed over 4,000 consumers in France, Germany, UK and US and found that almost three quarters (73%) of consumers expect to see ads to keep content free. The study also states that 63% of consumers think it’s fair to receive ads in exchange for free content and apps. Young consumers agree in greater quantity that it’s fair; 77% of 16-24s and 72% of 25-34s.

This study is important as it further support that mobile and app advertising can drive purchases. In fact, consumer reactions is positive toward purchases; one in four reported (25%) that they are likely to click on a mobile ad at least once in the last month to find out more about a product. And nearly half of consumers (48%) said they are likely to click on an ad if targeted to their interests. The study also found that of all those who made a purchase as a result of clicking a mobile ad, 43% said they made their purchase in a bricks and mortar store, while eight in 10 (82%) made it online. 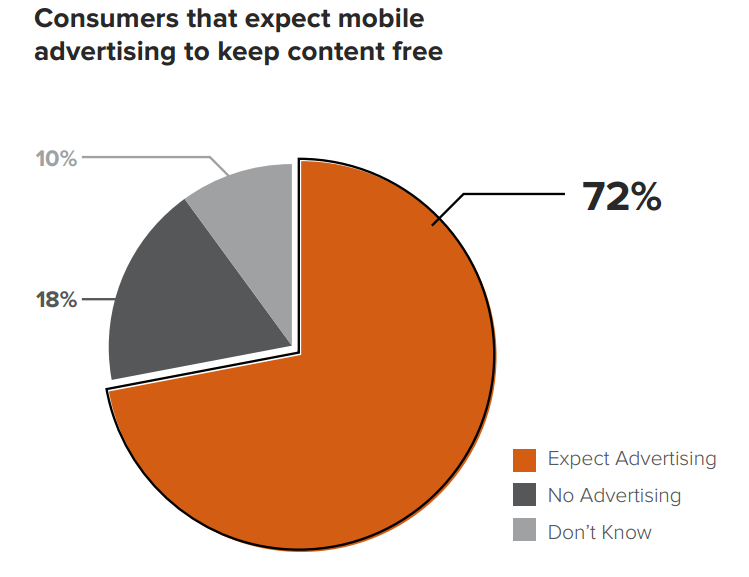