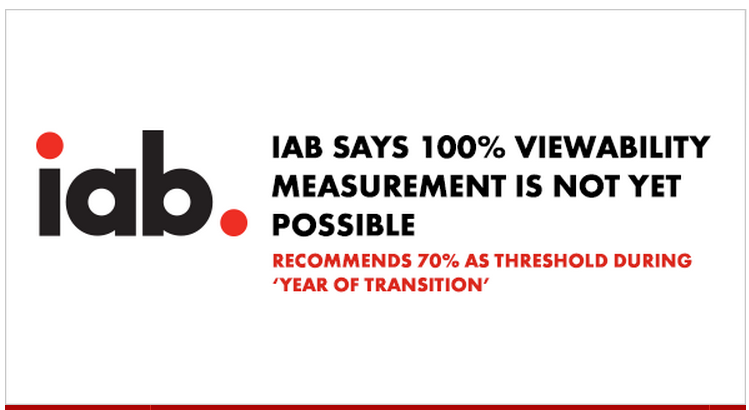 IAB held a call to discuss its new State of Viewability Transaction 2015 position paper. In addition to reading out the principles outlined in the paper, Randall Rothenberg, President and CEO of IAB, and Sherrill Mane, SVP of Research, Analytics and Measurement at IAB answered questions from the call participants.

Below are the topics addressed along with key insights from the discussion.

Scope of the principles:

How IAB arrived at the 70% viewability threshold for measured impressions:

As the position paper specified, the core aspiration of the 3MS initiative was to have 100% of traded impressions be deemed viewable by the MRC. IAB consulted a group with the IAB board (primarily composed of sellers), who have recommended that a 70% viewability rate was achievable at this point in time. IAB recognizes that 70% will be difficult for some publishers, but they think this is achievable. At the same time if a publisher thinks that they can do better than 70%, IAB encourages them to do so.

Next steps IAB will be undertaking to pave the road to 100% viewability: