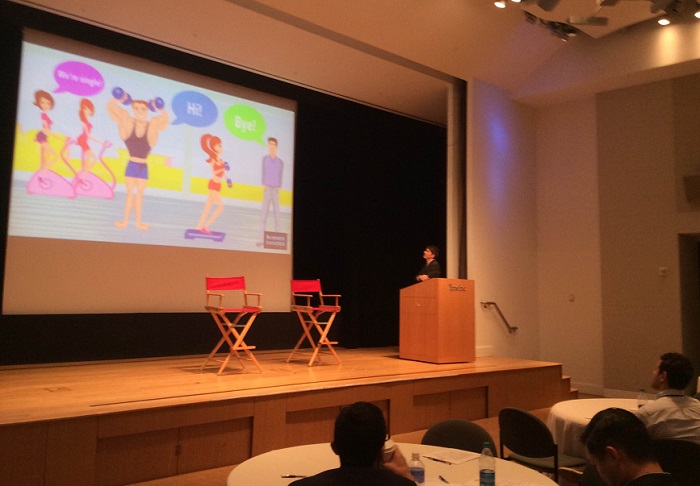 eMarketer estimates that 142.5 million people in the US—56.3% of internet users and 44.7% of the population—will watch digital TV shows at least once a month this year, and this will tip to the majority of consumers in 2016. And 22% already watch original video online each month, according to the IAB. Both firms report that flexibility of viewing is one of the greatest drivers in online video viewing, which isn’t surprising given the evolution of video consumption from on the couch, to on-demand, to on-the-go.

The opportunity this creates has not been lost on media companies of all types. Certainly, traditional broadcasters increasingly offer web-based or app viewing (TV Everywhere) options. But even organizations that have a print-legacy or began as text-based online are adding video to their content mix. A wide range of these offerings were explored on November 6th at Digital Content Next’s Video Day.. Beilis pointed out that key ecosystem players are already starting to reposition to address this growing market. Though he said that the 35-49 demographic is the fastest growing audience for online video, Accenture believes that this new market will be dominated by Millennials who want a “seamless, any-screen, digital-first experience with analytics-driven personalization—all priced significantly lower than pay TV.”

Growing Online Video Innovation
Meredith Corporation is already making strides to address this market. According to Laura Rowley, VP of Video Production and Product, Meredith reaches more Millennials than MTV, boasting 60% of that coveted population. While she points out that the company has “a long history in sight, sound and motion” including local TV and a nationally syndicated daily lifestyle show, the company has been on the move to build up its video inventory for all of its editorial titles, with about 10 thousand videos in their library so far and a recent Connected TV launch. Despite this, the company is still best known for its magazine brands, which include Better Homes and Gardens, Fitness and Family Circle. Thus, when she began Meredith’s video push, Rowley said she “hired a video team with TV and analytics experience to collaborate with our magazine editors instead of just telling the magazine staff to ‘do video.’”

When Justin Maiman joined Business Insider (BI) in the newly-created role of executive producer of video about a year ago, BI was producing three to five videos a week. Today, the site boasts about 25 new videos per week and 10 million views a month. How-to videos represent a about 20% of the videos BI produces and Maiman offered a few tips on how to make them, which included finding universal, evergreen topics that will appeal to your audience and making videos people want to share. For his audience he focuses on jobs, career, strategy and technology, but has also has had good success in videos about life in general as well, such as “The Truth About ‘The Most Interesting Man in The World’” and “Scientists Discovered What Makes Someone a Good Dancer.”

Maiman says that the entire BI team is involved in creating video now and that field shoots or animation work well. His over-arching strategy: Keep the video length short, to 90-seconds or so; put the video together in a day or two, post it on a Monday but know that in six months or so, it can be shared again. At Time Inc., which is producing 700-800 videos a month, J.R. McCabe, the company’s senior vice president of video, says there’s no one length that works for their brands, which appeal to both lean-in and lean-back audiences. While they’ve done well with shorter videos that complement text-based content, they have also seen success with short-form documentaries. McCabe said that Time is “putting a model in place to monetize video on our own sites and create the ability for demand-side marketing to capitalize on the shift from TV to online video.” Given the company’s recent hiring of Mark Ellis in the newly created role of senior vice president of corporate sales, monetization is clearly high among its online video priorities and they are exploring a wide range of solutions to that end.

Demand for video far outpaces supply at Slate, according to Anthony DeMaio, the company’s associate publisher and vice president of national sales. However, rather than invest further in video creation, the company has taken a different route to increase its video-related revenue by partnering with Teads to incorporate “outstreaming” advertising into its text-based content, which runs between paragraphs on article pages. The video ad only plays when 50% or more of the ad is in view and sound is user-initiated. For Slate, this addresses viewability concerns and gives the site “life beyond pre-roll”.

NewsBeat Social, on the other hand, went all-in on video from the start, producing more than 50 “snackable news” videos a day that are not more than a minute long. And, according to the company’s Director of Operations, Tyler Peterson, “something amazing happens when you put relevant engaging video down someone’s newsfeed… you get engagement by real people, not bots.”

Hurdles Remain
Given that the majority of digital marketers plan to increase their digital advertising spend by 22% and, in particular, plan to migrate a portion of lucrative TV ad budgets to digital, and the fact that 90% of consumers are already watching video content online, it is no surprise these companies—and many others—are exploring ways in which to meet the demand from both marketers and consumers alike. Beilis from Accenture also said that video advertising supports higher eCPMs that are two to ten times greater than general display ads.

However Beilis also pointed out that inventory is not the only issue with growing online video revenue. Audience measurement remains a challenge, he says. He also advises organizations targeting this growth market to create robust first-party data and analytics infrastructure and employ market-leading ad delivery capabilities.