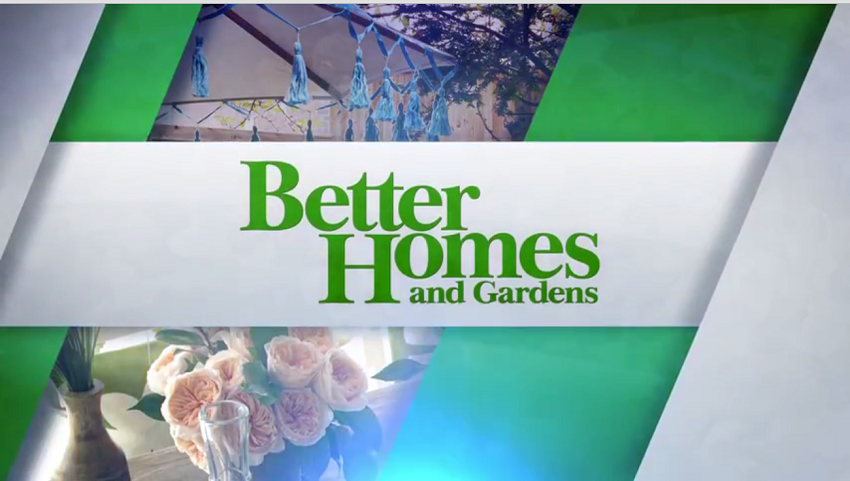 Meredith reaches 60% of millennial women adults across its platforms. That’s more than MTV or Netflix. And, just over a year into her tenure as Vice President, Video Production and Product for the Meredith National Media Group, Laura Rowley plans to deliver content to this audience exactly when they need it and where they want it. To that end, Meredith recently announced that its Better Homes and Gardens brand has made its way onto Connected TV.

According to Rowley, this is a natural progression for Meredith, given its significant push into video over the past two years (the company now boasts more than 10,000 video titles across its sites). That progression, she believes, was a necessary one given the preferences of younger audiences. “We’d be crazy not to do a deep dive into digital video. We know that it is how Millennial women want to consume information. And they want it on whatever device suits them –tablet, mobile and, increasingly, Connected TV.”

The launch of the 30-minute Better Homes and Gardens streaming program marks Meredith’s first foray into Connected TV. As Rowley points out, Connected TV is rapidly growing in popularity, with three-quarters of TV’s predicted to be internet-connected by 2017. “So extension to this platform is key.”

The Better Homes and Gardens show will air twice a month on Net2TV’s Portico TV service, which is distributed to more than 30 million screens via smart TVs from Samsung, LG, Sharp and Philips; on Roku-connected TVs; and on Toshiba tablets and notebooks. The shows will also available online at www.portico.tv.

Rowley feels strongly that among Meredith’s 14 magazine titles and nearly 100 special interest publications, the Better Homes and Garden brand was the right title to begin with. “It is an ideal launching pad for Connected TV because it not only has the widest potential audience, but also the best content for a lean back experience.” That, she feels, is the sweet spot for Connected TV, as opposed to lean-in moments that are better suited for desktop or mobile.

After looking at “a whole lot of possible hosts,” Jackie Tranchida
(NBC’s First Look) was chosen to host the new Better Homes and Gardens show because of her genuine, personable style, one that Rowley feels is consistent with the brand. Maintaining that brand authenticity is essential as Better Homes and Gardens continues to build out its multiplatform strategy. Collaboration with the editorial team is a key factor in ensuring this consistency. “Meredith is one of the most collaborative companies I’ve ever worked for,” says Rowley. “Our editorial team is at the heart of our video creation strategy.”

She also credits Meredith’s emphasis on audience understanding as a crucial component in building out its content strategy. “I come from the Huffington Post, so the marriage of science and inspiration is natural for me. At Meredith, we have hundreds of data points on our audience of women and we are already at the center of the conversation they are having about better living and style.” Connected TV, says Rowley, “is the next step in a multiplatform strategy to empower her passions.”

She also says Meredith is continuing to experiment on content including quality, subject matter, duration and delivery. Next month, as part of the Meredith Originals strategy, the Parents brand will debut a web-based reality show called Baby Sleep 911. The series will follow a baby sleep-whisperer who offers tips and expertise for sleep-deprived parents.

Meredith has an “incredibly connected audience and we want to do everything we can to help her needs in the moment,” says Rowley. For her, the opportunity to lead this strategy is even more personal, “it is a thrill to create video for an audience so deeply invested in these brands. There’s so much video out there, but we are someone these women can trust.”