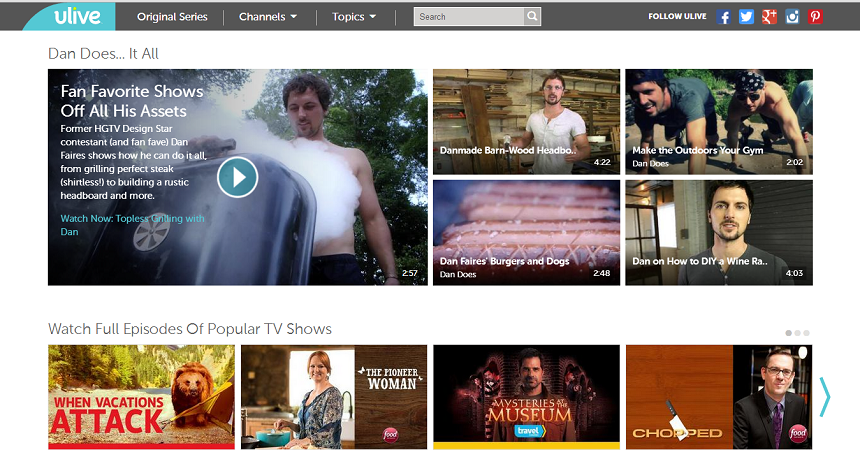 This week, Scripps Networks Interactive’s online lifestyle channel ulive announced the launch of three new series, marking the continued expansion of the digital network’s original programming. Lisa Choi Owens, COO of ulive says the channel “has not only seen growth in the network and publisher partners, we’ve seen tremendous growth in our programming, with well over 100 original series, many returning from last year,” including the two it renewed this week, EstheKitchen and Sick Kitchens with Nadia G.

Owens was instrumental in the launch of ulive last October when she and Jeff Meyer, now the President of ulive, realized that they had significantly more demand than supply for Scripps’ video inventory, which boasts popular brands such as HGTV, DIY Network and the Food Network. As Owens says, “It is also hard to see hockey stick growth from established websites.” The two recognized they were “sitting on a demo where a lot of content was not available in the market.” ulive was launched to fill that gap, as well as to expand Scripps’ existing lifestyle dominion from food, home and travel to include “all those things the average female viewer is interested in” including wellness, exercise, pets, parenting and more.

The ulive network has been particularly successful with the 25-39 female demographic, which Owens describes as “both fortuitous and planned, given that this is a desirable demographic for us, but also that this type of content will naturally resonate with that audience.”

“This audience goes online to be informed, entertained, and inspired,” says Lauren McGrath, Development Coordinator at ulive, who cites recent research undertaken by ulive and POPSUGAR as confirmation. She and Owens agree that the new shows in the lineup fit the bill perfectly:

McGrath says that “last year’s 5-minute Workout Anywhere with Craig Ramsay was a huge success,” which she attributes to the optimal content, format, and delivery—suited to the audience’s busy lifestyle. The newly announced programming will all be short-form, running three to five minutes per episode. Owens says that ulive’s research clearly shows that “for our categories, short form works best.”

According to McGrath, what also works well for this audience are hosts that both entertain and inform, “Carey perfectly encapsulates our demo. She is a real life mom that brings comedy and entertainment value, but is always striving to learn more and better herself. That authenticity makes her incredibly fun to watch.”

Given its growth trajectory, ulive is in the market to develop new programming. And this week, the company announced a partnership with the New York Television Festival as a development partner. The two have also teamed up, along with fellow Scripps Networks Interactive brand the Travel Channel, to award a digital series to an independent artist participating in this year’s New York Television Festival. Original concepts will be vetted from the NYTVF’s 2014 class of Official Artists who participate in the NYTVF Pitch this fall. “This is a great way to partner and incubate talent,” says McGrath. “We feel that the talent pool of independent artists is incredibly deep and we look at the NYTVF participants as the future of content creators in our industry—including talent, producers and production companies.”

As ulive continues to develop its programming, Owens emphasizes that it isn’t a question of volume. “We’re dedicated to creating very focused content that continues to be useful, but also entertaining and authentic.”