Often top referrers to articles in our network include a mix of the usual suspects: Google search, Google News, Facebook, Twitter, Flipboard, Drudge Report. But one day at the beginning of October I was looking at a story in Currents and noticed another referrer in the mix: SmartNews.

SmartNews is an app that aggregates and serves “impartial, trending and trustworthy” news through machine learning algorithms. And for the story I was looking at, about the FDA and e-cigarettes, SmartNews was the second highest external traffic referrer, right after Google Search.

Then later this month, another colleague was keeping up with the Mega Millions lottery news (she didn’t win) and noticed another unusual referring domain: discover.google.com. We’ve written about trends in non-search Google referrers before, including non-search AMP traffic and Google Quick Search Box, but this was a whole other domain.

We couldn’t help but wonder what  was going on with these mobile referrers, and how they affecting were traffic to publishers. I took a closer look at the traffic trends to find out.

My colleague who owns an Android phone said she’s used to seeing SmartNews alerts pop up.

However, she didn’t realize how many people had the app pre-installed on their devices or were opting in to the same experience. 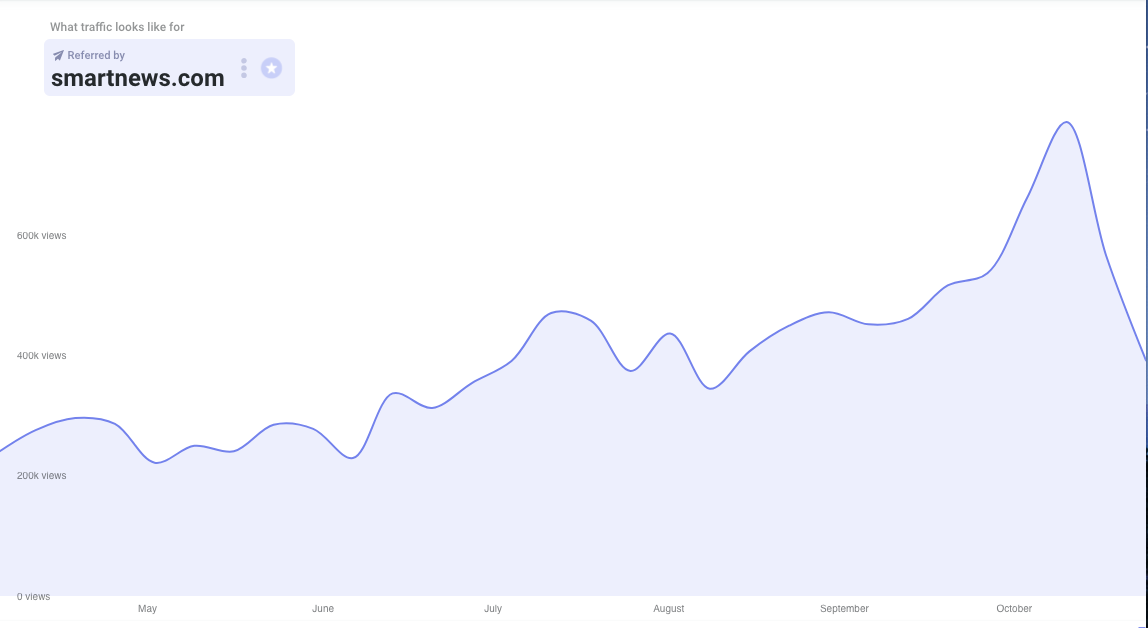 SmartNews has been growing as a referrer, with VentureBeat reporting 200% growth year-over-year in the U.S. and 10 million monthly active users. Looking at page views to articles since April, it’s clear that there’s an uptick.

The highest peak in referral traffic from SmartNews happened this month. In fact, SmartNews has even edged its way into the top fifteen overall referrers so far in October. Though it drove under 1% of traffic, SmartNews ranked 11th, right behind Yahoo and ahead of Apple News.

The top stories  with traffic from SmartNews this month are about Law, Government, and Politics, News, Business, Health & Fitness, and Science.

Though the referring domain discover.google.com didn’t make it into the top overall traffic sources in October, it appeared seemingly out-of-the blue. Traffic from the referrer to our network begins suddenly on October 18.

So where exactly is this mysterious traffic coming from? Turns out it’s coming from the artist formerly known as Google Feed. In September, Google Feed rebranded as Google Discover.

Google reports that more than 800 million people use Discover every day. From Google’s blog: “Think of it as your new mobile homepage where you can not only search, but also discover useful, relevant information and inspiration from across the web for the topics you care about most.”

So far according to our nine days of network data, the information Google Discover users cared about most included these top five categories: Law, Government, and Politics, Technology & Computing, Business, Sports, and Science. 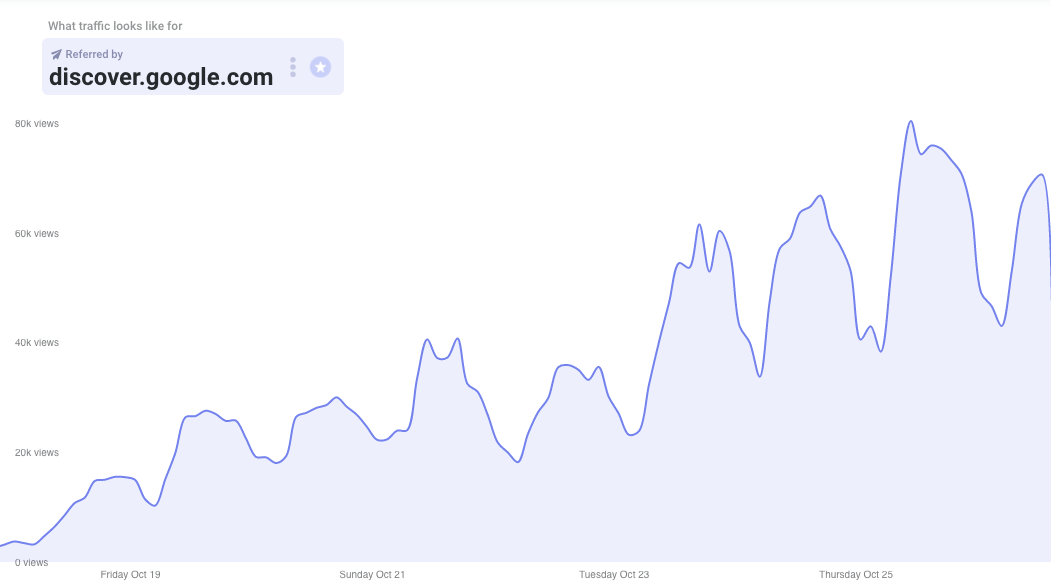 Given that U.S. adults are spending an average of 3 hours, 25 minutes a day on mobile devices in 2018, according to eMarketer, it may be no surprise that more and more readers are finding news through mobile news aggregators.

Have you noticed any mobile referrers take off lately? Let us know—we’re keeping our eyes peeled.