One of the fundamental tenants of the United States of America is that a robust free press is vital to an informed public. The good news is that an unequivocal majority of registered voters believe in the importance of a free press. However, many do not perceive that this crucial freedom is at risk. A new report, Press Freedom For the People, by the Reporters Committee for Freedom of the Press set out to understand the public’s perceptions of press freedom at a moment in time when trust in the press remains low, and when the president of the United States regularly deems members of the press “enemy of the people” and refers to entire news organizations as “fake news.”

Through a series of focus groups and a 2,000-voter survey, the research found that there is a lack of urgency around the idea that press freedom is at risk here in the U.S. According to the report, 52% of voters do not see press freedom as under threat. The lack of perceived risk that was even higher when viewed through a partisan lens: 66% of Republicans and 56 %of Independents said they perceived little or no threat to the press, while just 38% of Democrats gave the same response. 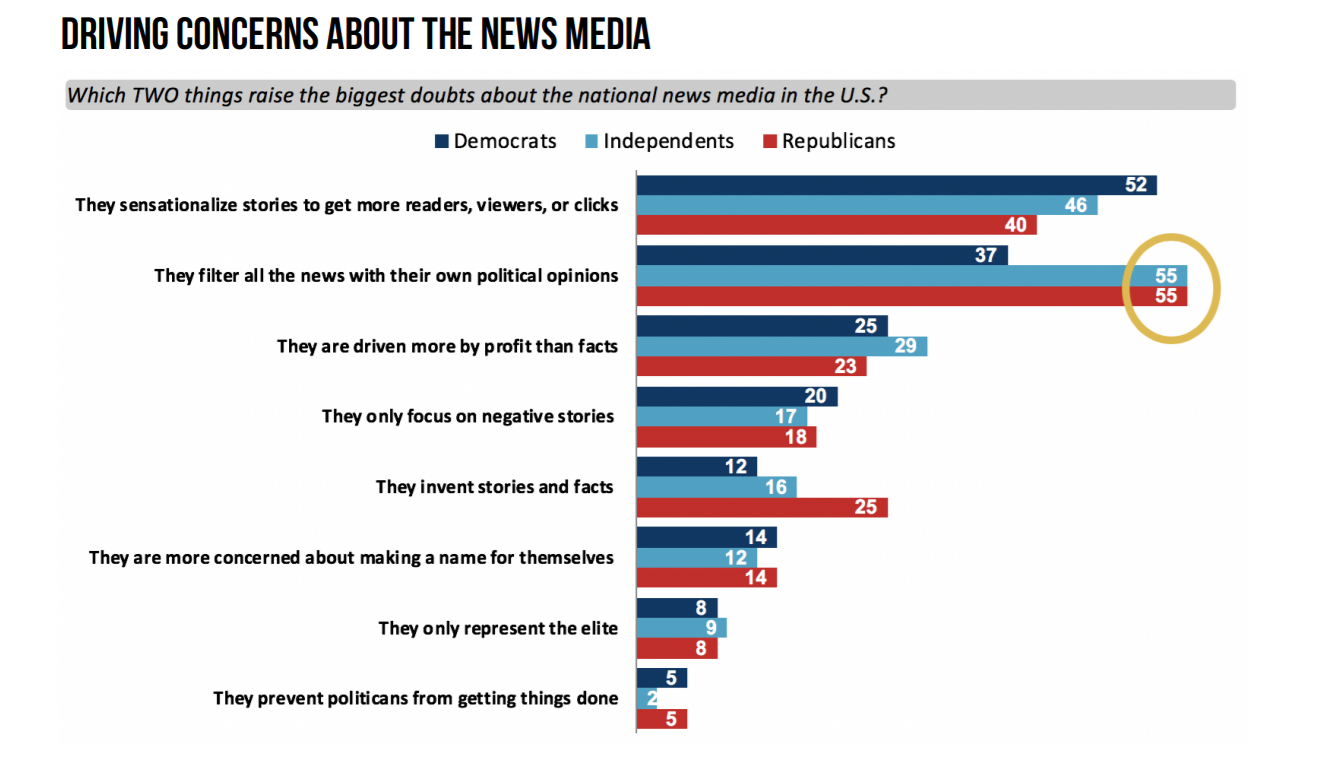 Despite this lack of trust, nearly all voters (95%) agree on the importance of having a free press. Across party affiliation, the research found that an overwhelming majority believe it is important that the press be free in the United States, and most voters (76%) know that freedom of the press is a First Amendment right.

The research makes 6 suggestions that will help regain American’s trust:

1. Embrace the press’s role to inform.

Voters want a news media that informs them of the facts. They see this as the press’s highest value and a reason to defend the press. Underscoring the news media’s responsibility to inform the public is a far more convincing reason to defend press freedom than other frames, such as highlighting the role of the press in a democracy or even making comparisons to press treatment in other countries.

2.  Address the perception of bias.

Voters want to hear the news that presents the full story from all sides. Bias is one of people’s top doubts about the news media. They also do not want a news outlet that just gives them news that reflects their own point of view. Significantly, some respondents expressed concern that the need to profit from the news could cause biases while others worry that powerful owners and sponsors may affect the news.

3. Keep President Trump out of the press freedom conversation.

To effectively advocate across the political spectrum for protection of a free press, President Trump must be left out of the discussion. His mention polarizes focus groups participants immediately; both sides see him very differently. For right-leaning participants, he is holding the media to task and they are being unfair.

While an overall plurality of voters believes calling for boos and other actions against journalists is never justified, 52% believe that politicians engaging in this behavior are just reflecting public frustrations. To reach voters who have lost trust, it is important to show that treatment of the press isn’t a Trump issue, but rather a serious deterioration of the ability of the press to inform. The survey data points to three key target Republican groups that may be most fertile to this message and suggests that influencing this segment can shift overall public perception. 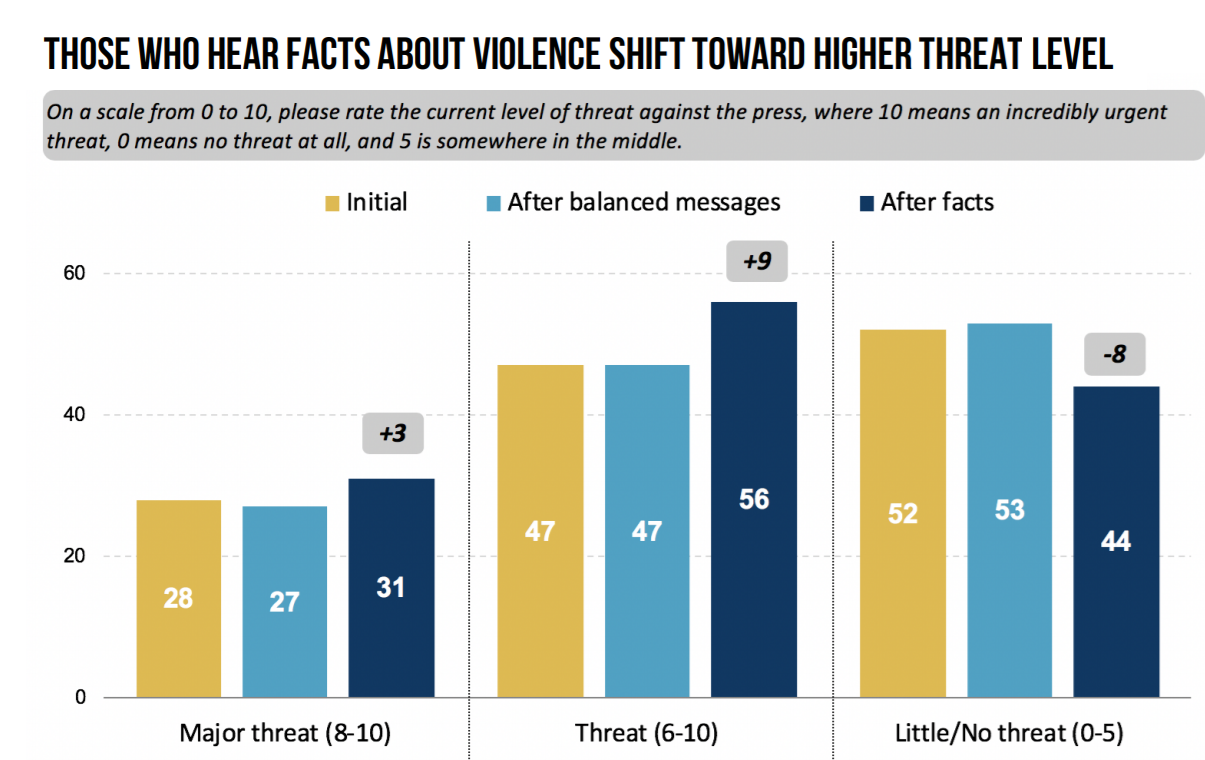 The lack of urgency around the threat against the press is a major finding from the research — and indicates an uphill battle in terms of mobilizing the public to support the media. However, there is some hope. Researchers found that introducing facts about the threat journalists currently face shifts voters’ view and impacts the urgency with which voters see the situation.

The resource found that most important thing the media can do to show they are a credible source is to acknowledge when they make mistakes and issue corrections. There is a sense that people are looking for real humility from the press, both in terms of how they deliver the news and inform, and in how they acknowledge any shortcomings or mistakes.

As Jenn Topper, Communications Director, Reporters Committee For Freedom Of The Press wrote in the report, the larger concern is that a combination of current factors will be chips at the First Amendment and its protections for a free and independent press. If the public is conditioned to accept these gradual limitations on press freedom as normal — and in some cases even echo the attacks themselves, rather than vigorously defend against them — we are in a precarious position. Media organizations need to proactively address issues of trusts and focus on their role to inform the public – including informing them about threats to freedom of the press.

freedom of the press, trust