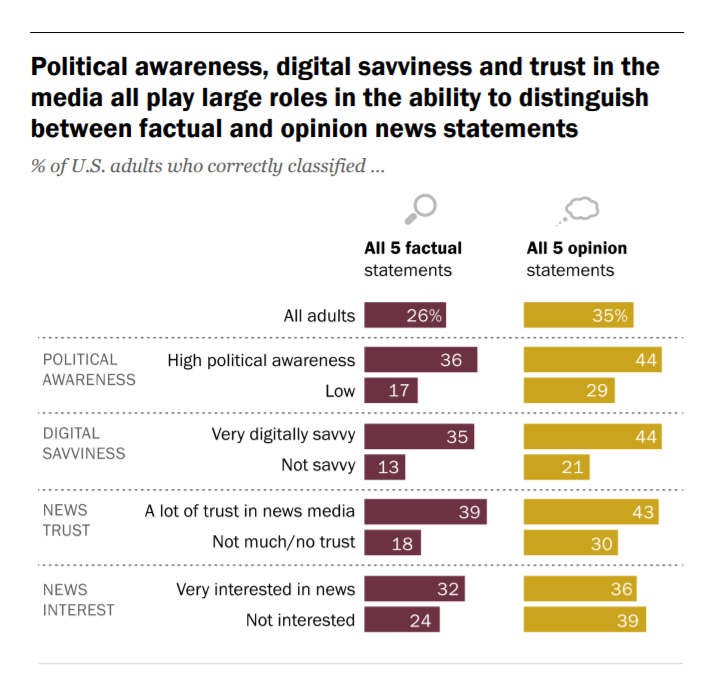 The Pew research also investigates the impact of political affiliation on the ability to discern between factual news states and those of opinion. Republicans and Democrats alike are more likely to classify both factual and opinion statements as factual when they appeal to their side. For example, 89% of Democrats accurately identified the factual statement “President Barack Obama was born in the United States” compared to 63% of Republicans. In contrast, 37% Democrats incorrectly classified the opinion statement “Increasing the federal minimum wage to $15 an hour is essential for the health of the U.S. economy” as factual, compared to 17% of Republicans. 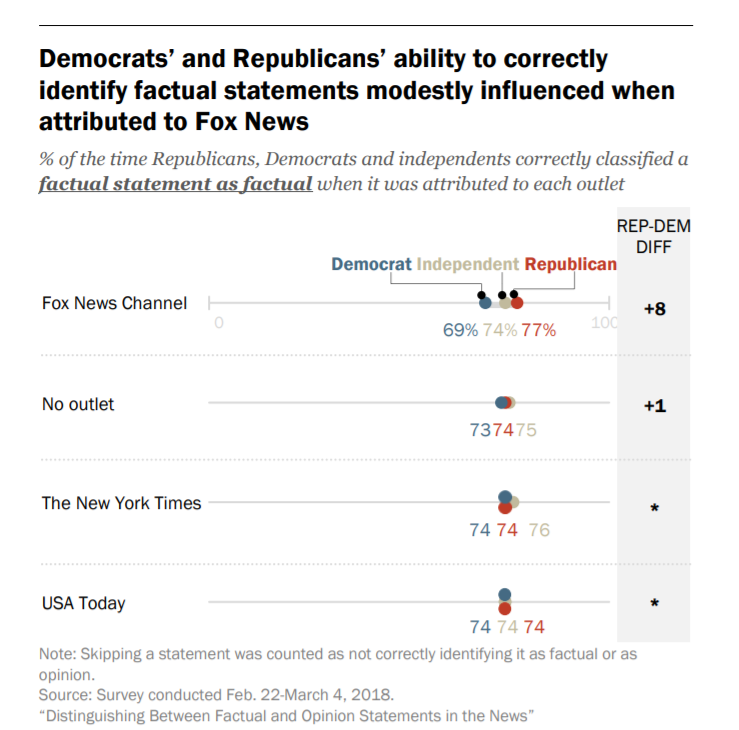 In a second set of statements, Pew examines the impact of adding news outlet attribution (The New York Times, Fox News, and USA Today) to factual news and opinion statements. Overall, news outlet attribution has limited effect, with one exception: FOX News. Republicans were modestly more likely than Democrats to accurately classify factual statements when they were attributed to Fox News Channel. News outlets had no impact on Democrats or Republicans when it came to opinion statements.

It’s important for Americans to learn how to navigate media platforms and sort through news with an analytical lens to correctly identify between news facts from opinion. It’s also an opportunity for premium news outlets to offer prompts and clear points of distinction between news facts and opinion.