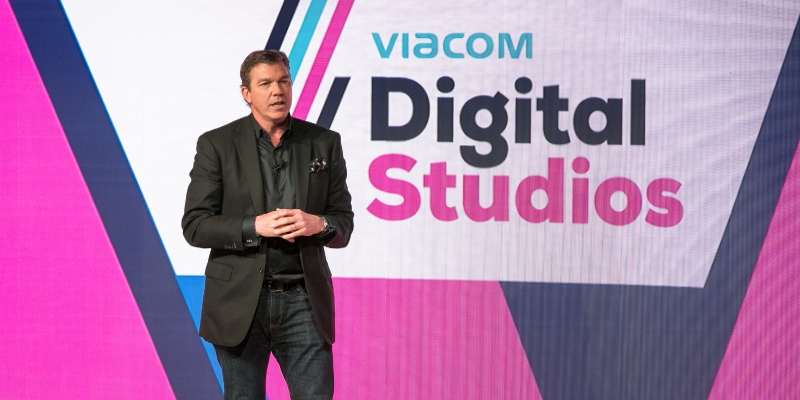 The NewFronts are far from new. And old-line publishers are making more noise this year, even as the event is shortened to one week from two, with another week coming in the fall in Los Angeles. This week, the discussion between publishers and advertisers around online video had the usual buzzwords and focus on youth, mobile, and fun. However, challenges remain relating to brand safety, metrics, and building awareness of publishers’ digital video offerings.

As digital video ad revenue in the U.S. continues to grow — predicted to hit $15.42 billion this year and reach $22.18 billion in 2021 — according to eMarketer, more publishers and tech platforms will battle it out for those ad dollars even as popular video destinations like Netflix and HBO lack ads. And with so many publishers and platforms working together, it’s become more of a “coopetition” among them at the NewFronts.

Here’s a roundup of some of the key NewFronts trends to watch.

Last year’s NewFronts said it all: Whether this dog-and-pony show is worth it highly depends on how much money you have, and what you have to offer. Similar to last year, for most publishers, what they want to offer — and therefore what is at the forefront of their minds — is brand safety.

As YouTube continues to battle crisis after crisis on its platform, brands are under pressure to make sure their content doesn’t appear next to extremist or racist propaganda. Other platforms hardly match YouTube’s scale, making it hard for advertisers to boycott YouTube for any length of time.

Whereas some companies might feel anxiety, others see opportunity. Take NBCUniversal. The company isn’t hosting a NewFront presentation but is still pitching a new way of buying short-form video — NBCU Choice — that it’s guaranteeing to be brand safe and effective at hyper-targeting. And Digiday reports that half of that inventory is on YouTube.

“With the widely reported issues around questionable adjacencies and toxic environments, this has only become more important,” Hearst Magazines Digital Media’s Todd Haskell told Digiday. “We speak to issues around brand safety in every pitch, but particularly in ambitious content marketing programs like this.”

For YouTube itself, the tech giant has revealed a slew of changes to bolster its services. In yet another effort to quell brand safety fears, Google has announced it will improve the quality of ad-supported content on Google Preferred, YouTube’s program to allow advertisers to place their advertising on the most popular 5% of YouTube channels. The tech giant will now add inventory from YouTube TV — its streaming service that packages popular TV channels — to Google Preferred. Noting that audiences are also watching YouTube on TV screens more — 150 million hours a day, by its accounts — Google has also announced advertisers can buy YouTube video ads meant to only stream on TV screens through AdWords and DoubleClick Bid Manager.

These changes may not be enough to make publishers forget how precarious their content is online — but it’s certainly enough to keep publishers and advertisers hooked on Google.

The Metrics and Awareness Challenge

The convergence of video and TV means that brands this year are also paying more attention to metrics. Nothing comparable to Nielsen ratings has yet to exist for digital. As such, publishers that define success with their own metrics can lead to the kind of inflation and misinformation that has gotten some of them in trouble in the first place.

“With regard to the NewFront, one of the things that has come up historically has been almost an abstract discussion of data,” Zenith Media digital investment EVP Will Warren told BeetTV.

“I think what needs to come into play is, ‘How are publishers themselves using those types of information that they own specifically to help drive their own business forward?’”

Beyond the typical vanity metrics, Meredith exec Andrew Snyder mentioned how important measuring impact is for the publisher, which swallowed up Time Inc. recently.

“We are really focused on driving impact,” Snyder told Broadcasting & Cable. “We think about impact in two ways. On one side, it’s about impact with consumers. On the advertising side of the house, what matters most to our customers is scale, and together the new Meredith reaches over 170 million consumers. We reach 80% of millennial women.”

But what really puts some traditional broadcast and print publishers behind the eight ball is the fact that audiences don’t think about them as purveyors of original online video content. According to the 2018 Digital Content NewFronts Sentiment Forecast, commissioned by Matrix Solutions, consumer interest in original content from big media names like ESPN and the New York Times is pretty abysmal. While Americans who watched online content were excited about YouTube (57%) and Hulu (32%), only 16% were excited about ESPN, 10% about New York Times, and 2% about Conde Nast.

That problem around awareness might explain why some larger media brands like ESPN and Viacom presented for the first time at the NewFronts this week. Both companies are pushing very big digital initiatives. But they have a long way to go to catch up to established players.

Disney had been content in the past to tout its Maker Studios at NewFronts in the past, but this year is breaking out with its Disney Digital Network, using the “brand safe” buzzword throughout its presentation. The company touted new food shows via Tastemade and a “Star Wars” fan event. Disney even had ESPN present in its own slot, pushing its new ESPN+ streaming service, as well as new original content deals with Facebook, Twitter and Snapchat.

And Viacom was touting its new 300-person division, Viacom Digital Studios, with hundreds of hours of original digital-native content, along with expanded programming for Snapchat. Plus, Viacom will produce the first VidCon conference in London in February 2019.

While many larger publishers have had love/hate relationships with the tech platforms, it’s interesting just how much love there has been at the NewFronts. Twitter announced even more live video programming with publisher partners, and nearly every publisher mentioning programming on tech platforms.

For marketers, it’s not an either/or proposition between the platforms and publishers, but how to spread the word in brand-safe content, with measurable results to the right audience. How they get there isn’t as important as the fact that they can get there.