Historically, newspapers successfully employed a revenue model of print advertising and home delivery subscriptions. Unfortunately, this dual-revenue strategy is no longer a viable method to keep newspapers afloat. Digital advertising is dominated by two players – Facebook and Google – and most local news has failed to attract the subscription success enjoyed by publications with a national, or even international, audience like The New York Times and Financial Times.

In a new analysis, “Experiments and future models for digital news subscriptions,” the American Press Institute examines digital newspaper subscriptions in the U.S. to understand subscription costs and strategies. The research assesses subscription pricing by evaluating market size, circulation, and newspaper ownership. It’s important to note that digital content access includes but is not limited to websites, mobile applications, print newspaper copies, or e-editions. The results are based on 100 U.S.-based legacy newspapers; each based in one of Nielsen’s 100 largest designated market areas (DMA). 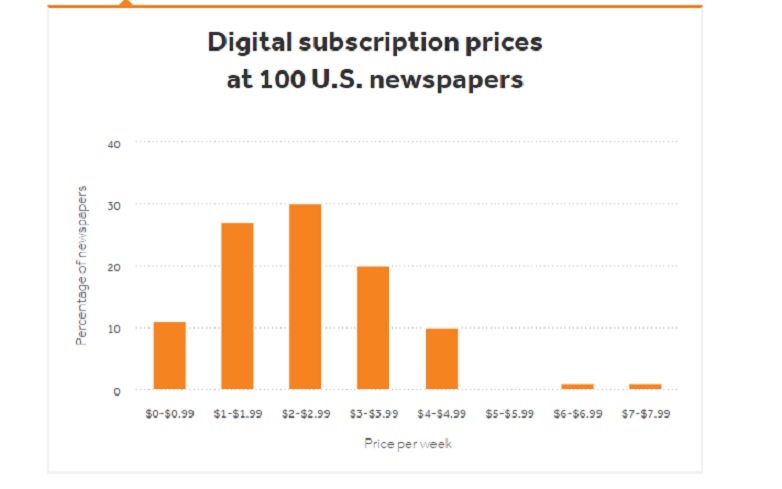 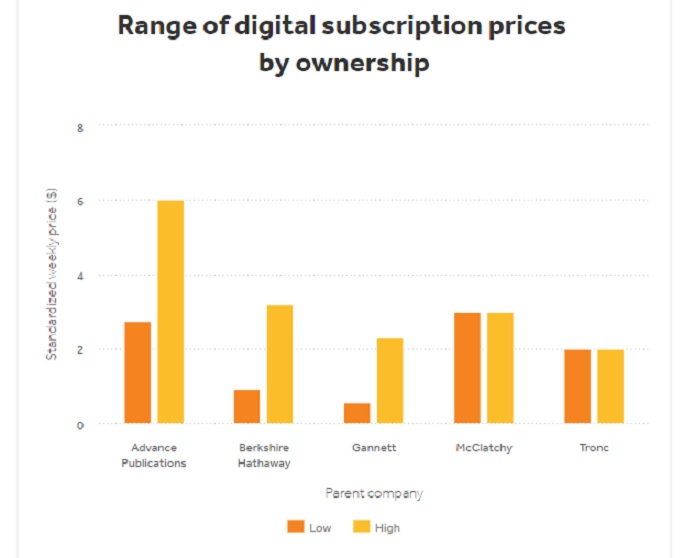 After news publishers capture the most loyal readers willing to pay for digital access, they need to secure the next segment of users who are not as easily convinced. This is when consumers need to be actively and individually converted to pay for a digital subscription. News organization must continually test new and unique offerings to attract new subscribers.