Viewability is at the center of every digital media buy. It’s the metric that assures consumers have an opportunity to see a digital advertisement. The Media Rating Council (MRC), an independent third-party, has established a framework for measuring and reporting viewability. The MRC’s standard for viewability includes two factors: the amount an ad is shown on screen and the amount of time the ad is viewed on screen. A display ad is considered viewable if half its pixels are on the screen for one second. A video ad must be on screen for at least two consecutive seconds. The standard is meant to be a minimum threshold for determining an “opportunity-to-see.” 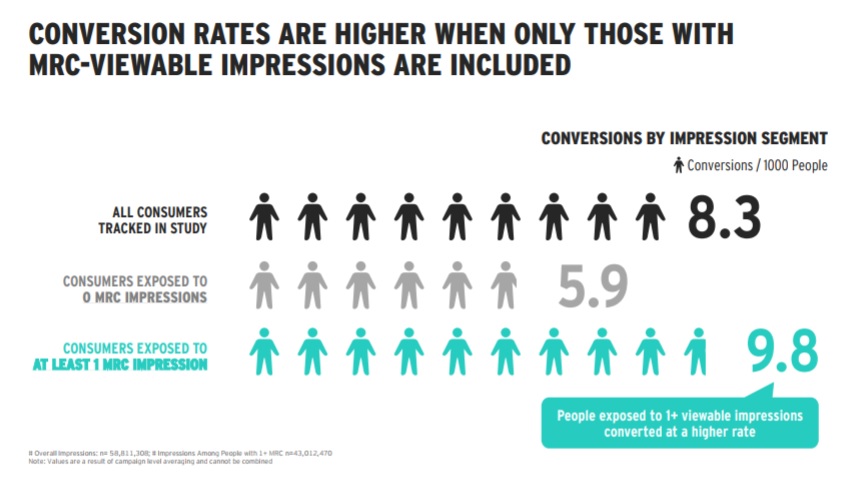 To evaluate the impact of viewability and measure its effectiveness, Magna, IPG Media Lab, Moat and The Trade Desk joined together to analyze ad viewability rates as related to overall campaign performance. The research specifically focused on direct-response advertising. While the MRC set the standard, Magna’s research focused on better understanding the relationship between how viewable an ad is to how effective it is.

However, viewability is one of many factors connected to a campaign’s success. Additional metrics such as ad interaction also show a positive relationship with conversions. Specifically, Magna reports a direct relationship between consumers who interact longer with ads during exposure and their conversion rates. For example, the longer consumers interact with ads during exposure, the more likely they are, at some point, to convert to an action.

It’s important for marketers to experiment and test viewability rates and engagement levels to find the best performing combinations. Importantly, measurement of campaign success should include metrics that relate to performance goals. Other metrics such as such as cost, conversion task, target audience, ad format, frequency and others may also to the story of an ad’s performance. 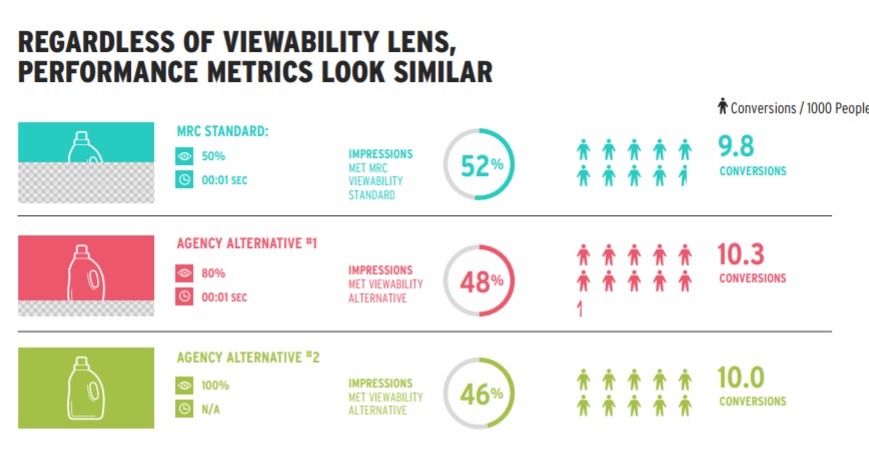