As Chief Technology Officer at Purch, John Potter brings a wealth of experience having spent more than a decade with CBS Interactive/CNET, where he held many roles. Most recently he served as Vice President, Software Engineering, managing a staff of 100+ developers in support of brands like CNET, CBS News, ZDNet and Download.com. John holds multiple patents for his system designs that improve Internet connectivity and document classification. At Purch, his role entails managing all aspects of technology, engineering and operations, and he has successfully participated in, and integrated 10 acquisitions.

Could you describe / define ad fraud? 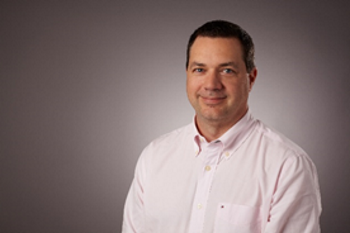 John: Ad fraud is a persistent problem that, according to the IAB, costs the industry $8.2 billion a year in the U.S. While ad fraud is found in various forms, from a publisher’s vantage there are two main problems: One is fraudulent copies of sites that are created, and whose advertising inventory is then presented on programmatic platforms as coming from the original publisher sites. To add insult to injury, most of the traffic on these fraudulent sites is from bots. The other is non-human traffic on legitimate publisher sites from bots scraping the sites, attempting to insert comment links, or coming through content recommendation systems in an attempt to defraud them.

Each of these problems causes different issues and needs to be responded to differently.

How have issues such as bot traffic and audience verification impacted the digital advertising marketplace?

John: The prevalence of non-human traffic and fraudulent or non-viewable advertising inventory has led to an undermining of marketer trust in internet advertising. This directly harms all publishers. Just as importantly, it has led to the need for marketers to add software to their creatives to confirm viewability and detect non-human traffic. This increases the size of ad creative degrades the user experience on publisher sites. Then there are multiple, competing measurement systems in use. All this complicates the ability of publishers to deliver on marketing campaigns.

Are these issues particularly problematic given the rise of programmatic?

John: Yes, all of these issues have been compounded by the rise of programmatic. Marketer’s campaigns are running across a larger number of sites, most of which they have no direct contact with. This makes fraud a lot harder to detect than when you are signing a direct deal.

Why is it important to understand/have an accurate picture of the audience being reached?

John: In the end, all marketing is targeted at particular audiences. As publishers, it’s our ability to provide those audiences that makes us valuable to marketers. At a minimum, marketers should be able to expect that any ads they purchase will be viewed by real humans on a legitimate site that is brand-safe. Publishers and programmatic platforms need to do everything they can to make sure we meet that minimum expectation, and initiatives like TrustX can help with that.

How should the industry be addressing ad fraud?

John: First, publishers and the programmatic platforms need to cooperate to wipe out fraudulent advertising inventory. Ads.txt is a great start towards this, but it’s just a first step. I’m really enthused about the potential of blockchain solutions that will track advertising at every step of the process, and leave an auditable trail. Ideally, we get to the point where every advertising impression sold and served is auditable by all parties to the transaction.

Publishers also need to work hard to block fraudulent traffic on their sites. At Purch, we already do a lot to block bots from our sites, and to prevent advertising being served to any that get around our blocking attempts. We’ve now moved on to integrating real-time bot detection and ad blocking into our server-to-server header bidding platform. I know other publishers and programmatic platforms are taking this issue seriously as well, but it will need to be a continuing concern for a long time to come.