When Spirited Media launched Billy Penn in 2014, the online publication had a broader mission than simply covering local news in the City of Brotherly Love. Co-founders Jim and Joan Brady wanted to do no less than rejuvenate local journalism itself by building a new business model that made local news coverage relevant to a younger audience, who saw traditional print media as old and stodgy.

It was a tall order by any measure. Brady and his intrepid team had just five people to cover Philadelphia—a huge city. They knew they needed to pick their coverage battles and find ways to engage with their target demographic to make their stories resonate with them.

Brady, a 20-year veteran of the news business, had witnessed the decline of local media first hand and knew it was time for a new approach. It was clear the old ways weren’t working. Local papers were either shuttered or had severely cut back coverage, and citizen journalism had not filled the gaps as many had hoped a decade ago. Without local news, there was a news gap that left uninformed citizens in its wake. And, as Brady knew all too well, a local news vacuum also left room for corrupt politicians to operate unimpeded without the white-hot journalism spotlight shining on them.

Brady understood that Spirited Media couldn’t fix all that ailed local journalism, but they were going to try to deliver news in a new way that would attract audiences and revenue. Today it consists of three local publications with Pittsburgh and Denver joining Philadelphia (in May of 2016 and this March, respectively).

When Brady and his team prepared to launch Billy Penn, they knew that the under-35 crowd wanted to get their news digitally – and they wanted news with a voice. “We decided the site wouldn’t have a dry unemotional voice. The site had to reflect energy,” Brady said.

What’s more, they’ve found that their audience wants to go beyond the news and get involved to help shape the direction of their communities. “We have a fair number of stories about things in the community you can get involved with and how to connect with issues you care about,” he said.

Instead of trying to be a publication that delivers all the news from sports to art to politics, they decided to focus on a smaller set of stories that Brady and team believe their readers care about. Then, to create that larger scope, they plug into a broader system of sites. “There is a whole little solar system of smaller sites biting off pieces of everything the big papers once did – art, sports, education, city hall. You have a lot of journalists covering a lot of interesting things in Philly,” he said. 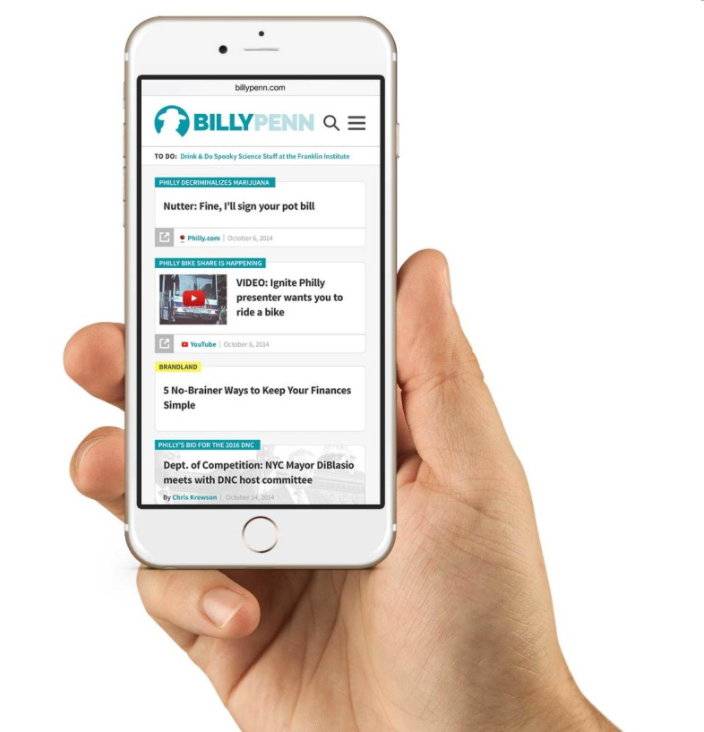 While the Spirited Media approach still uses an ad model, it concentrates on mobile ads, not display ads, which Brady says don’t really work for digital news. Even more importantly, Spirited wants to be more than another publication pumping out posts with ads to support the mission. It wants to get its readers involved.

That requires putting readers together with the people behind the stories, whether the reporters themselves or the subjects, and having an advertiser sponsor the event. Brady says they learned the hard way that a panel on a stage wasn’t what people wanted. Instead, they host smaller, more intimate gatherings. As Brady said, if you put a bunch of interesting people in a room with food and drink, interesting conversations tend to happen. A happy byproduct is that advertisers can buy a package that includes ads and event sponsorship, which means additional revenue.

Spirited Media is also planning its own take on the membership model, which is slated to kick off in October. Readers who become members will have special access to the publication’s events, which will include meeting interesting people from the community and accessing places they might not typically get into like a tour of the Steeler’s locker room in Pittsburgh or a VIP City Hall tour in Philadelphia.

The Spirited Media approach appears to be working as the company has grown its team to 26 and expanded to two additional cities. Brady notes that the company earns just 40% of its diversified revenue from ads. And as for that younger demographic target, all three publications have more than 40% audience in the under 35 age group – with Billy Penn hitting 45% in that demographic. For ages 44 and younger, it’s more than 65% with Billy Penn’s audience comprising 71% in the 44 and younger age group.

It’s still early days for Spirited Media. However, it has developed a fresh take on the local model that publications of all types can learn from. And that is certainly good news.