Good afternoon. My name is Jason Kint. I am the CEO of Digital Content Next. DCN is the only trade group dedicated to serving high-quality digital content companies that manage trusted, direct relationships with consumers and advertisers. We have grown to represent more than 80 digital media companies which reach 100% of the U.S. online population and are leading much of the evolution in news and entertainment.

Despite the incredible advances of the last 20 years, the internet still holds vast, untapped potential for consumers. Devices are getting smarter. More immersive experiences roll out every day. At the same time, premium content companies face challenges in the transition to a digital world. What business model works best for each brand? How much should they partner with the big platforms? Is their content being used fairly? Are they being credited and compensated appropriately? Our members are at the forefront of these challenges – investing in engaging experiences and experimenting with new ways to distribute and monetize their content.

Copyright piracy is a serious crime that undermines the progress to a healthy digital ecosystem. Ultimately, it costs consumers in the form of higher prices. But, copyright piracy also hurts the ability for media companies, our members, to monetize their content. 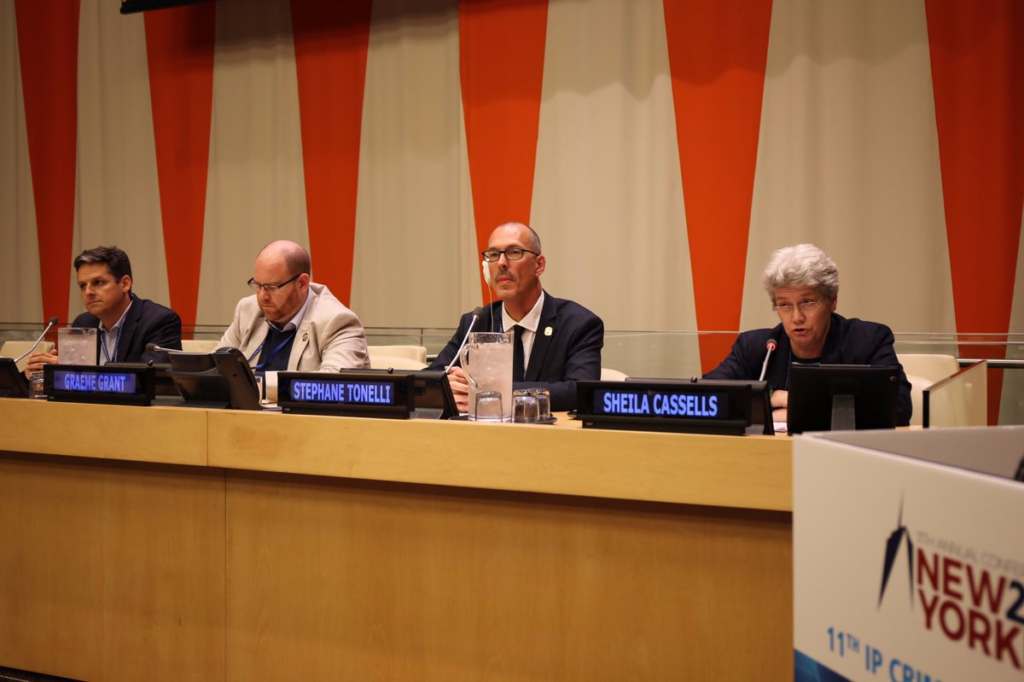 Newspapers are constantly fighting online scams that offer discounted or free subscriptions to their premium content. In a case this spring, one website was found to be offering discounted subscriptions to 20 or so premium news sites including our member, The New York Times, Financial Times and Wall Street Journal. The site’s owner would sign up for free trial or short-term subscriptions and then re-sell the subscription as a full-year subscription. Of course, he collected full payment up front. The newspapers were tipped off when consumers called to complain that their subscription had been cut off after a few months. These efforts to combat piracy cost resources and money, but they also have real damages for consumers.

Live sports broadcasts are another category that is particularly vulnerable during the transition to digital.Companies are experimenting with new ways for consumers to view this highly compelling content. But, these efforts are undercut by thieves who blatantly post full live streams of entire games on social media or other platforms. According to one study, 54% of millennials have watched illegal streams of live sports and a third admit to regularly watching them.

This impact is felt disproportionately by smaller media companies with fewer resources to monitor and stop these crimes. Ellen Seidler, an independent filmmaker took out a second mortgage and racked up credit card debt just to make “Then Came Lola.” In 2006, it debuted at film festivals and then was released via DVD and via streaming sites. But the movie only grossed a quarter of what was expected because Ellen found that the movie was available for “free” on thousands of pirate sites. Similarly, Maria Schneider, an independent musician, testified before the US Congress that she has no time for making music anymore as she focuses entirely on protecting her copyrighted works. She is an artist who hast lost the time to create her art. In a game of whack-a-mole, independent creators like Ellen and Maria don’t stand a chance. And, left unchecked, consumers will be left fewer options for high quality news and entertainment.

Another harm, unknown to many consumers, is that many of the pirate sites also traffic in malware. According to a 2015 study by the Digital Citizens Alliance, one out of every three pirate sites contained malware. As organized crime syndicates moved into the content theft business, they saw the opportunity to make more money by distributing malware.

To really combat content theft, we need more resources/focus/coordination from law enforcement. Piracy actors react differently to law enforcement than they do to lawsuits. For instance, when Megaupload was taken down, a number of cyber lockers got out of the business. That wouldn’t have happened without the attention of law enforcement.

We also need more attention from Google, which holds a monopoly on the internet search market. Currently, Google will flag pirate sites after thousands of downloads or complaints. But, they make no effort to favor authorized copyright holders or trusted sources in their algorithm. Instead, Google crawls the Pirate Bay and other known copyright thieves every day to ensure that content can be found. Google enables this game of whack-a-mole that places a huge, unreasonable burden on the copyright holder. Google works with many of our members to take down pirated content, but they can and should do more.

The same holds true for Facebook. Content creators don’t have visibility into these platforms to see where their content is being shared illegally. Google and Facebook collectively act as a duopoly, sharing as much as 99% of the growth in advertising last quarter. At the same time, the platforms are slow to adopt measures to combat fraud or even provide more transparency to protect the content ecosystem. More can be done to ensure that valuable content isn’t illegally streamed.

We’re living in a new, unprecedented digital era. Consumers have the ability to discover premium content and experiences like never before. Facebook and Google engineers have created social and search discovery engines which are quite literally changing global society. But, without greater protections for content, consumers might be left with all the tools of discovery but with a bad malware hangover and no good content. Thank you for having me.