The number of people using social media to find news is leveling off according to the Reuters Institute Digital News Report 2017, the largest comparative study of news consumption. The Reuters Institute for the Study of Journalism (RISJ) surveyed more than 70,000 people in 36 countries, on issues of trust, changing business models, and the role of platforms. 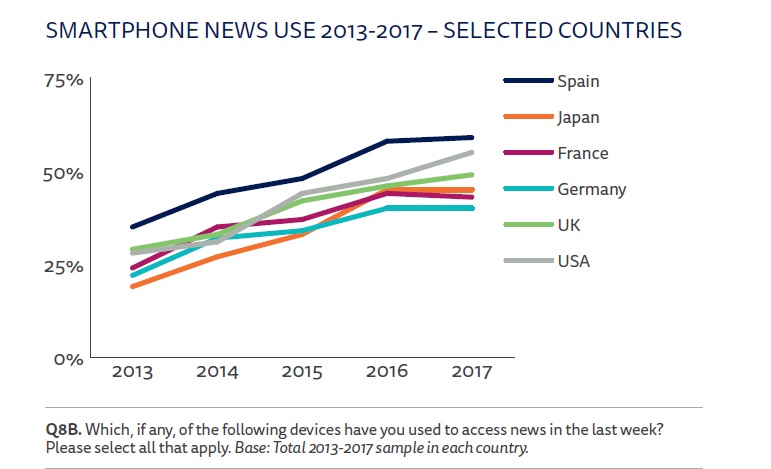 Unsurprisingly, mobile is a key access point for news. However, consumers’ usage of mobile alerts has risen 8 percentage points in the U.S, +7 in Korea, and +4 in Australia. The report finds that smartphones are an important access point for news inside the home as well as on the go. More smartphone users now access news in bed using their smartphone (46%) than when commuting to work.

On a global level, Reuters Institute reports that users are also looking to private messaging apps instead of social media (i.e. What’s App) in Malaysia (51%), Brazil (46%), and Spain (32%).

It is interesting that video doesn’t appear to be a big influencer in online news. People are only consuming a marginal amount of video on news websites. This is true as well for younger audiences and in countries where social media is a bigger part of the media mix. 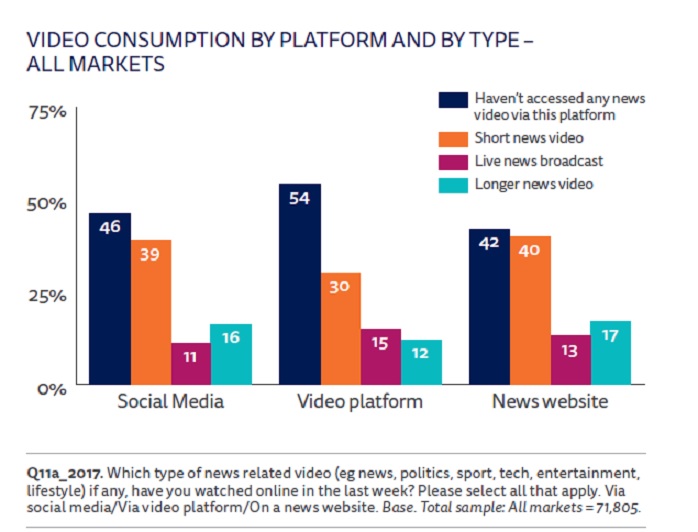 Other key findings include:

Across all countries, only around one in ten (13%) pay for online news. Digital news subscriptions registered strong growth in the U.S., from 9% to 16% of the sample. Reuters Institute reports encouraging findings with regards to the growth of digital subscriptions. The report shows a strong correlation between consumers paying for online video services like Netflix and those paying for digital news subscriptions. Once consumers step away from the concept that all digital content is free, they are much more likely to pay for news.

Reuters Institute identifies transparency, fairness, and accountability as critical components for news publishers today. In the report, Melissa Bell, Publishers and Co-founder of Vox Media said: “If we work to rebuild trust with our audiences, we may find our way to more stable, significant businesses.” Bell also commented on the importance of a strong news branding and voice, “We have to know who we are and what we are trying to do, so our audience can come to know us and what to expect from us.”