With the upfronts happening this week in New York—where the FOX Broadcasting advertising chief, according to one report, threw “shade at digital, likening it to subprime mortgage crisis”—the recently published U.S. Time Spent with Media report from eMarketer provides some facts and forecasts to the conversation. Specifically, how much media U.S. adults consume, and how it is consumed, across digital, TV, radio, and print.

The FOX head of advertising’s comment are especially curious given that only a couple of weeks ago, Recode reported that “This is the year digital beats TV” when it comes to ad sales, which surprised exactly no one who follows industry trends. That said, any reasonably well-informed marketer knows this much: TV advertising moves product. And most companies that can afford to promote their wares via television, do. Google has built an empire by serving up classified ads on a global scale. However, the platform can’t yet motivate us to purchase $80,000 cars, switch insurance carriers, or buy low-calorie-but-watery beer at staggering volumes. TV spots are incredibly effective at their jobs, no matter how stereotypical and annoying they may seem.

At the end of the day, neither digital nor television advertising are going away anytime soon, though the delivery backbone is certainly evolving. 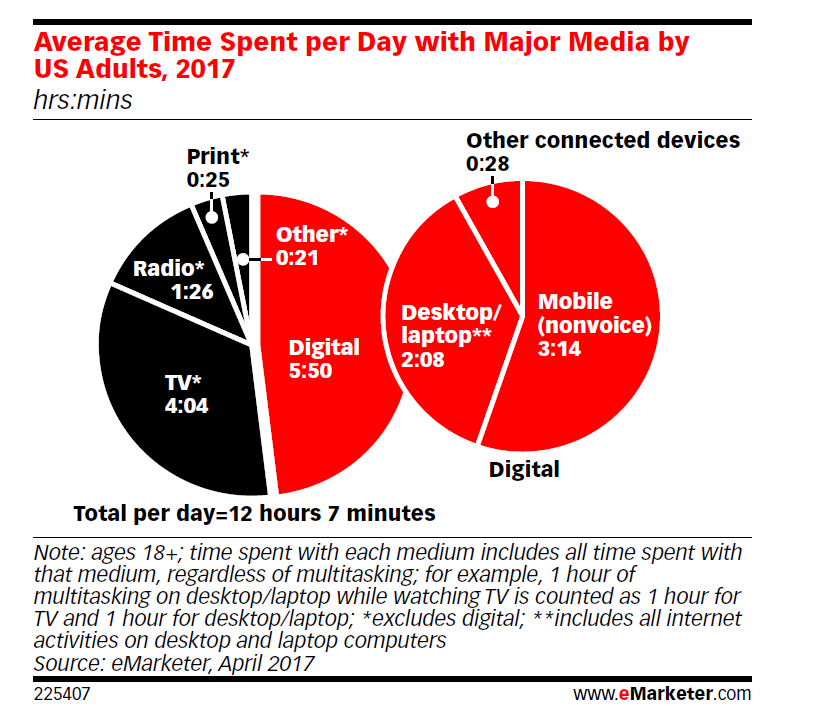 Here’s what eMarketer’s findings show, and what you need to know about consumers’ media habits: