It is important for publishers to understand what readers are consuming. However, it isn’t necessarily the case that publishers should only write what consumers want to read. While there’s great appeal in producing content with wide appeal, publishers must remain true to their voice while trying to reach audiences.

In the last year, the global political climate has changed, impacting both news production and consumption. It has by no means been a “regular” year for politics – filled with unexpected election results, political scandal, terrorism and major ideological friction points around the world. And this is reflected in consumer behaviors. Readers can’t help but stay tuned into the latest political news. As Bustle editor Kate Ward put it, “Politics is dominating the conversation in a way we haven’t seen for a long time. Pretty much everyone wants to talk about it on a daily basis.”

And we’ve seen this first hand. With everything going on, political coverage dominated Chartbeat’s Top Stories of the year in 2016 as the most engaged with topic of the year. However, what is potentially more surprising is that this trend has held strong. A recent Chartbeat study that measured article production and consumption across online publishers found that across a sample of thousands of publishers, there was a rise in both political coverage and readership. 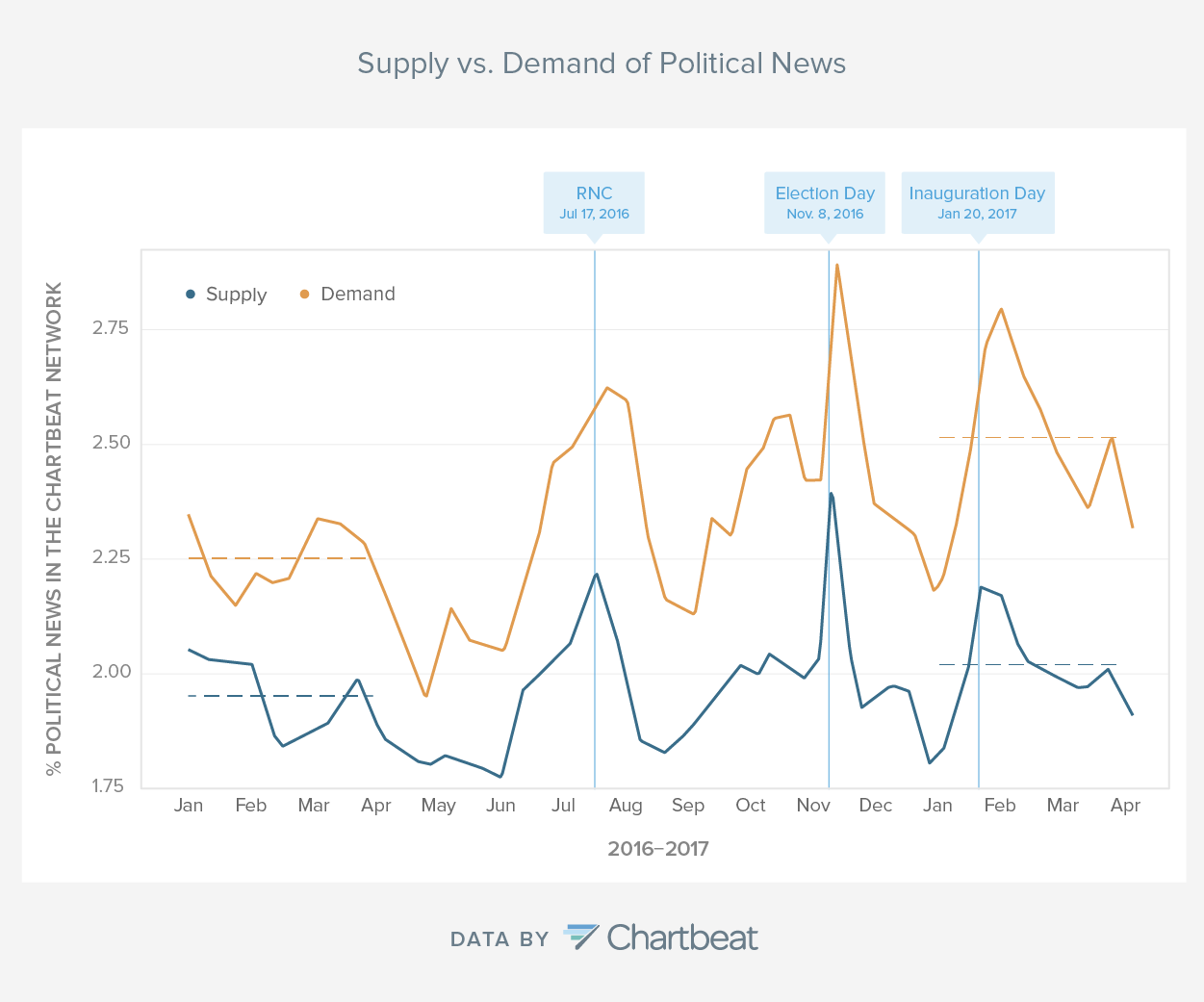 And in the U.S., following the election of Donald Trump, politics has been so dominant it is permeating all categories of news including lifestyle and entertainment. It has reached the point that it is even becoming pop culture news.

Let’s look at two major pop culture events that seemingly have nothing to do with politics: The Academy Awards and the Grammy Awards. During the event, Donald Trump has in-article mentions more times than some of the award winners. And while he didn’t quite outshine Adele or Beyonce, he definitely came close, which is hard to do.

“We have absolutely seen an unprecedented interest in political stories from our readers in the past six to 18 months,” said Kate Lewis, digital editorial director at Hearst.

This spike in interest has been good for publishers seeking to grow their audience or reach new readers.

Recent Chartbeat research found that readers engage with political content on average six seconds longer than the median for other categories. And when people engage longer with content, they are more likely to return to your site, and even subscribe. In the chart below, you can see that as initial time spent engaging with content increases, so does the probability that a visitor will return to read more in the future. 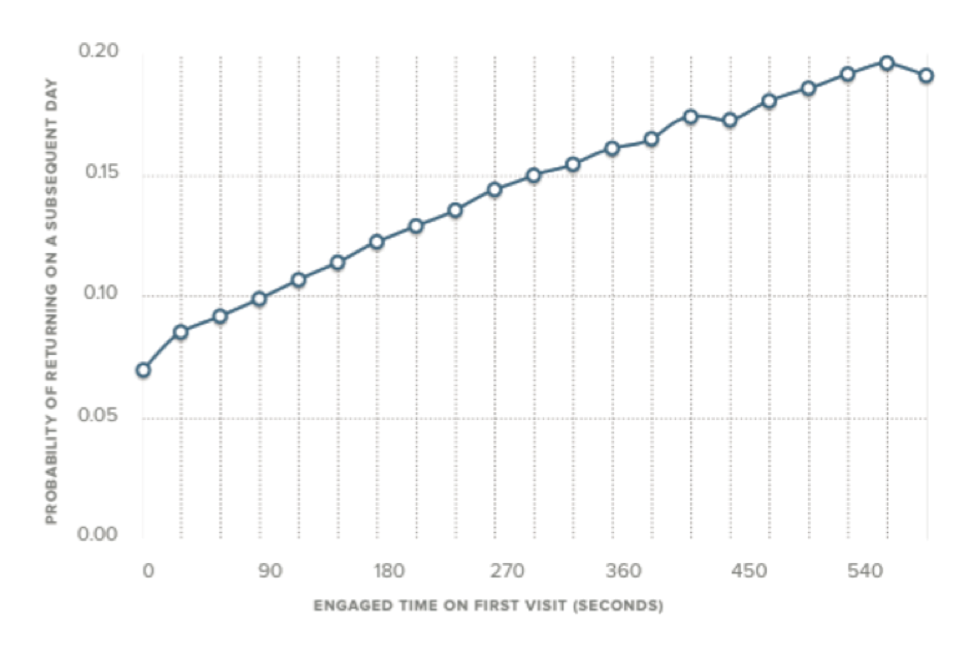 As Lucia Moses’s wrote in Digiday, “In the Trump era, political news is everyone’s beat.” So the challenge — and opportunity — for publishers in this media climate is: How do you serve as that trusted resource for your visitors on issues like politics, while also being true to your brand voice? Keeping an eye on these changes in reader behavior is critical to optimizing your audience development strategy for the current state of the industry. If covered successfully, capitalizing on the new interest in politics should yield more engaged and loyal readers.

Terri Walter, the Chief Marketing Officer of Chartbeat, works every day to ensure that publishers and newsrooms have the tools and insights they need for quality content to thrive. A digital marketing veteran of 20 years, Terri has worked over the course of her career to position high potential brands and spearhead thought leadership in media and analytics at companies including DoubleClick, Razorfish and Microsoft Advertising.