Ad blocking continues to be a serious threat to digital media. A new report by PageFair estimates that more than 600 million devices are now blocking ads worldwide. Ad blocking usage grew by 108 million to 380 million mobile devices and by 34 million to 236 million active desktops from December 2015 to December 2016. Interestingly, ad block usage on desktop browsers continues to grow despite the decline in overall desktop usage. Year-over-year global growth for all devices now represents 30%. 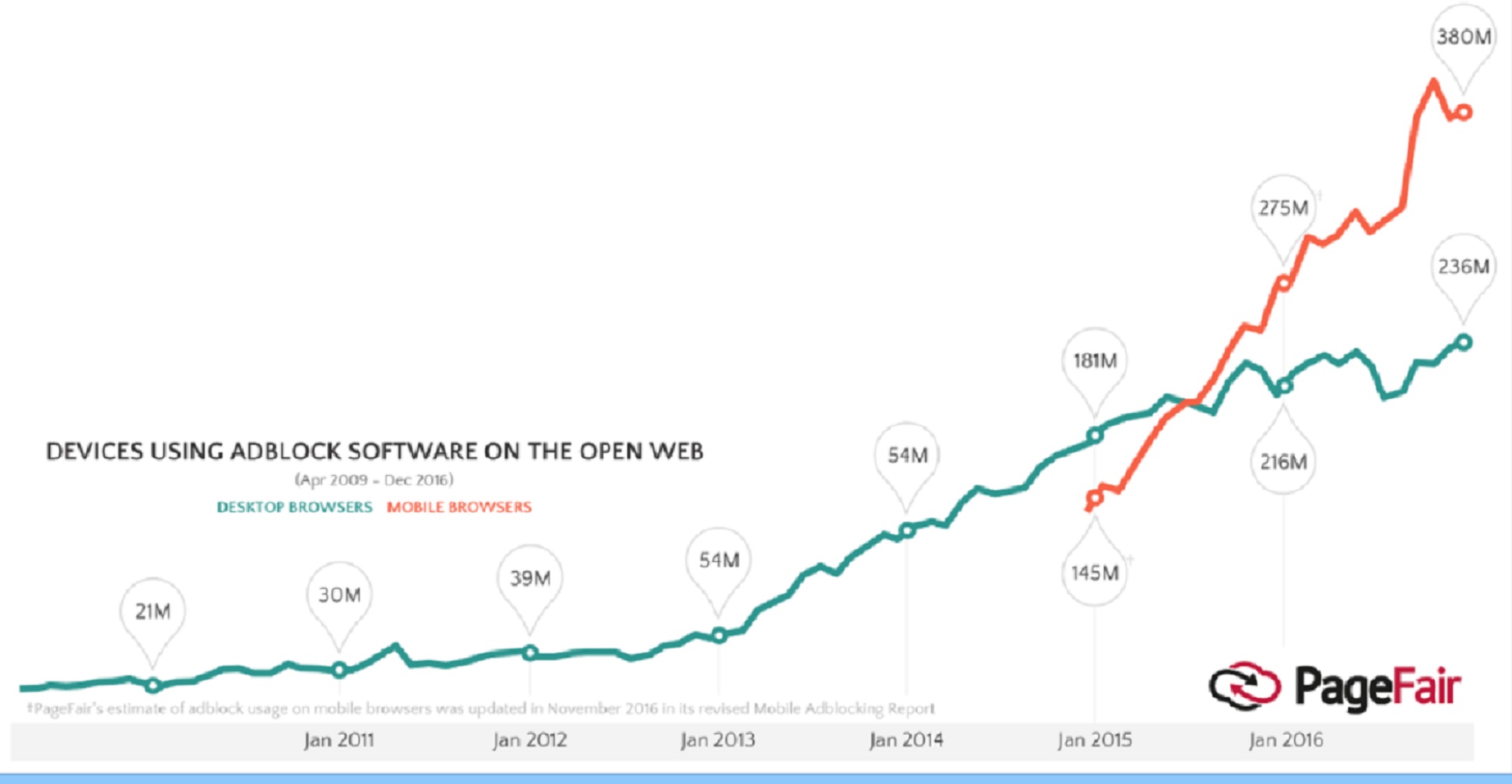 Some key findings from the PageFair 2017 Adblock Report:

Why are consumers using ad blockers?

Two of the top reasons for consumers installing ad blocking software include virus/malware concerns (30%) and interruptive ad formats (29%). It is important to note that over 70% of users chose more than one reason as “most important” in their choice to use ad block software.

How are consumers learning about ad blocking?

How do consumers react to ad block walls?

Nine in 10 ad block users report they have encountered an ad block wall (site will not allow access unless the ad blocking tool is disable) while using the internet. A full 74% of ad block users stated that they leave a website(s) after they encounter an ad block wall. It appears that ad block walls do not persuade users to turn off their ad blocker, even if only for brief time. However it is possible websites with highly unique and valued content that is not easily obtainable elsewhere may see a benefit to the use of ad block walls. 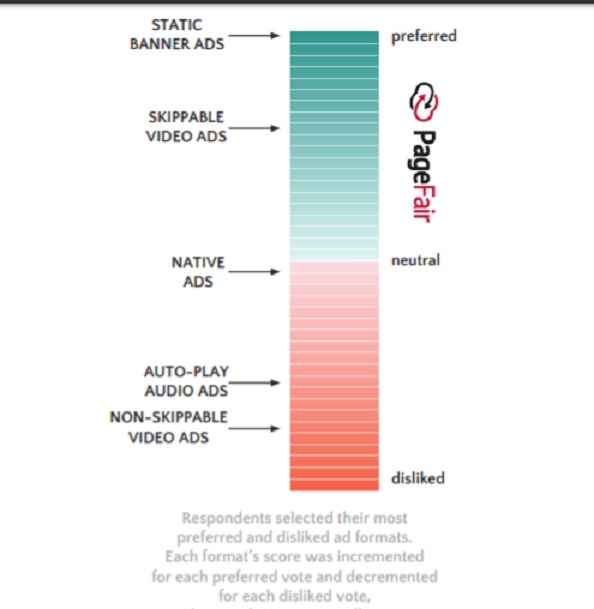 What are the most annoying ad formats?

Consumers are no longer passive and have taken control of their browsers and—wherever possible—their online experience. Across the board, forecasts are consistent with PageFair’s findings and show ad blocking will continue to grow in the U.S, particularly if ad-blocking software is preinstalled on devices in the marketplace.