Among the key trends reported:

Hybrid pricing, defined as any mix of impression-based pricing plus performance-based compensation within an ad campaign, declined to 1% of total revenues in HY 2016, down from the 2% reported in HY 2015. 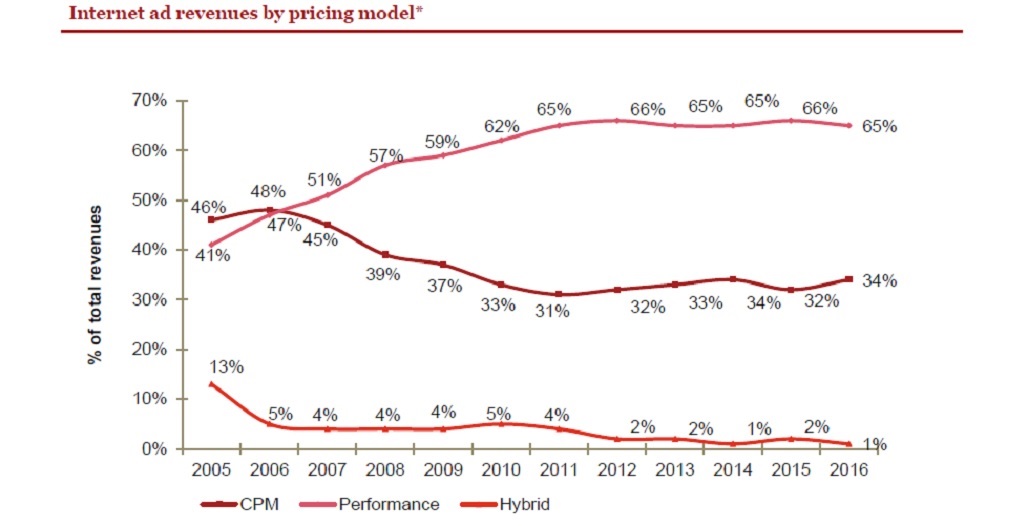 The report also stated that digital ad spending is becoming more concentrated with the top 10 digital ad-selling companies accounting for 74% of online advertising revenues in Q2 2016. The 10 companies were not disclosed in the report. 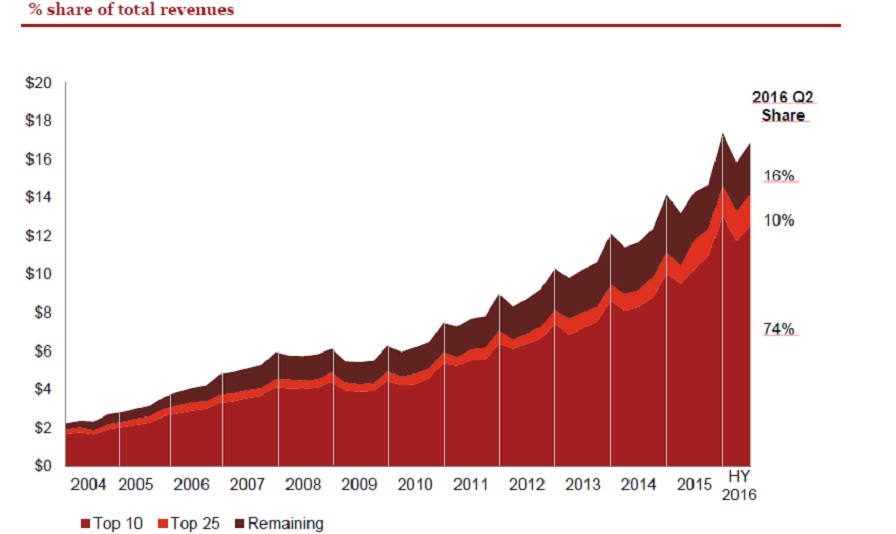 Many are forecasting that digital advertising will continue to be a larger and larger share of overall revenue generation for businesses. The question is who is capturing the increased profits? In an article in the Financial Times, Anna Nicolaou notes that “Google and Facebook have capitalised on the rise of the smartphone, swallowing the lion’s share of digital advertising revenues. In the US, 85 cents of every new dollar spent on digital went to the two companies in the first quarter of 2016, according to Morgan Stanley.”

Peter Kafta of Recode also offered insight the companies capturing the profit margins. Kafta’s shared the individual analyses done by Jason Kint’s, CEO of Digital Content Next, and Brian Wieser’s, an analyst at Pivotal Research, each illustrating that Google and Facebook account for 85% and 90%, respectively, of every dollar spent on digital. Their analyses also indicated that while Google’s and Facebook’s captured significant growth of ad revenues, the rest of the digital marketplace is diminishing.