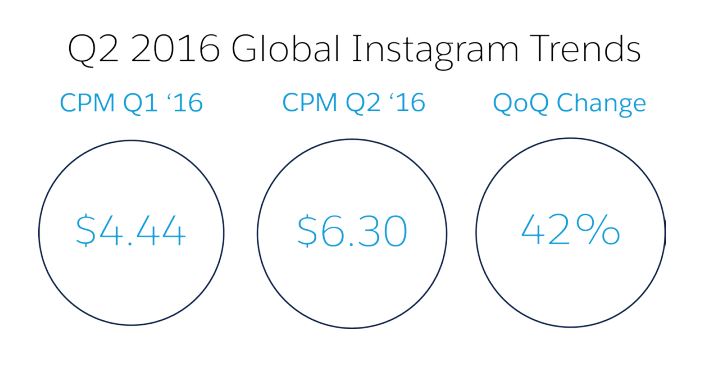 Instagram’s mobile footprint is strong as well. Instagram users identify mobile as their most important device for getting online. In Q2 2016, Instagram’s global CPM registered at $6.30, an increase of 42% quarter-over-quarter.

LinkedIn’s Global CPM for Q2 2016 was $20.43, a 13% increase year over year.  LinkedIn is known as a strong B2B platform with 60% of its total revenue generated from sponsored content.