Consumers are highly engaged with magazine brands on social media, reaching one billion Likes/Followers on Facebook, Twitter, Instagram, Google+ and Pinterest according to the Magazine Media 360° Social Media Report for the first half of 2016. The report is based on data provided by SocialFlow, exclusively for The Association of Magazine Media (MPA). 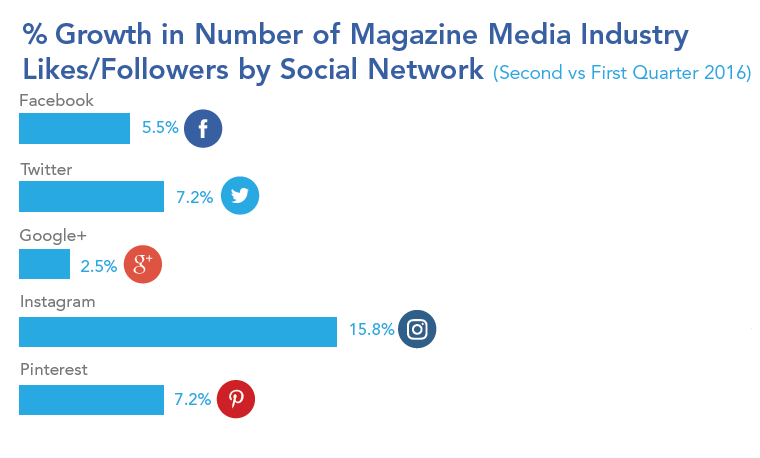 Instagram is currently the fastest growing of the social media platforms for magazine media and, for the first time, surpassed Twitter in total Likes/Followers among magazine brands participating in the Social Media Report. Overall, Facebook continues to dominate the social media landscape, with more than twice as many Likes for magazine media pages than Twitter Followers of the same brands. While Facebook added 23 million new page Likes, Instagram was not far behind with 21 million new Followers. Each of these dominate networks collected more likes/followers than the other three social media networks covered in the report, which added 19 million new Likes/Followers combined. 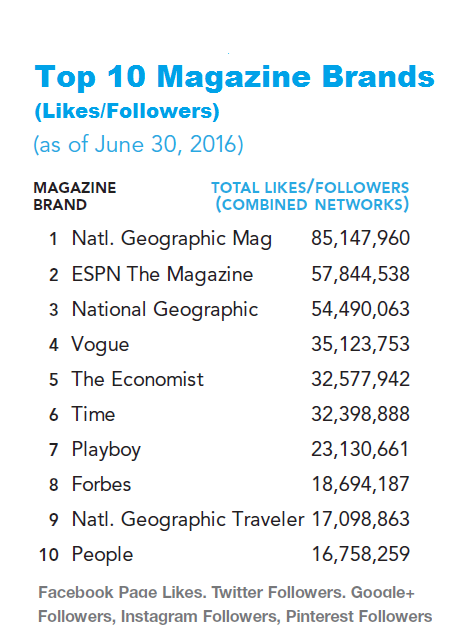