Shifting from the tactics of next-generation data analytics to converting corporate cultures to being data-first is the emerging great challenge for media companies battling for consumer and advertiser relevance, according to a report released by the International News Media Association (INMA).“Big Data For Media 2.0: Going Data-First” synthesizes case studies shared with INMA through a co-hosted Big Data For Media conference and study tour, along with best practices from association members. The report features eight video interviews INMA conducted with Big Data innovators at five media companies.

Companies featured in the INMA report include Axel Springer, Dow Jones, Financial Times, Forbes Media, Hearst, The New York Times, Schibsted, The Washington Post, and The Weather Channel. Based upon the best practices at these media companies, author Martha L. Stone of the World Newsmedia Network (WNMN) makes the case that data-first strategies are yielding better outcomes and better results.

That said, she finds that even major media companies are facing cultural challenges in implementing these company-wide data-first strategies. However, the central role of data in the modern media company is highlighted by Rick McFarland, chief data scientist at Hearst Corp., who is quoted as saying: “Hearst is not in the publishing business or even in the media business. It is really in the data distribution business. Data is the gasoline” that fuels the business.

Overall, the report categorizes data-centric practices as being synonymous with customer-first strategies. Based upon her synthesis of the case studies and best practices, Stone says that her overall impression is one of “companies leading a cultural revolution” — with some succeeding faster than others.

“Media companies are in the data distribution business and data is the gasoline,” said Earl J. Wilkinson, executive director and CEO of INMA, paraphrasing one of the executives interviewed in the report. “What we see among the industry leaders is Big Data not as a tactic to grow subscriptions but as a catalyst for fundamental culture change. This report is a snapshot in that revolution.” 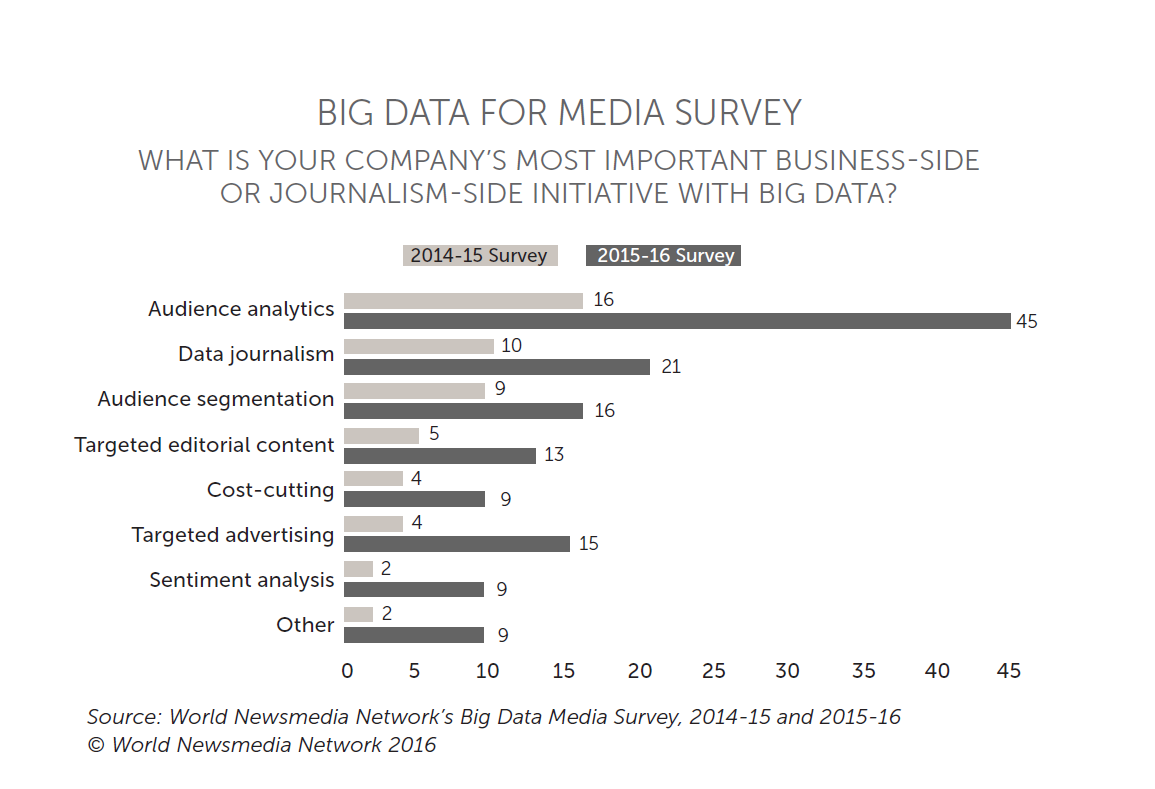