When asked to name the biggest trend in digital, publishers responded with one word: video. According to The State of Digital Advertising for Publishers, a new report from Mixpo, this clearly presents both challenges and opportunities. The gap between advertiser demand for video ads and publisher supply of video inventory is notable. This seller’s market has made video a valuable ad product for publishers, but it has also created pressure to find new ways to deliver video and take full advantage of 2016’s video boom.

In April of 2016, Mixpo surveyed over 250 digital advertising professionals employed by U.S. publishers, and conducted personal interviews with 30 digital advertising executives in a variety of functions from eight of America’s leading media companies. The State of Digital Advertising for Publishers highlights the top ten trends that emerged from Mixpo’s research along with insights on how publishers can think about, and tackle, the most pressing issues in digital advertising.

While video is front of mind for respondents, Mixpo also found that programmatic has evolved from threat to revenue opportunity. In fact, for the majority of publishers interviewed, programmatically-powered audience extension is their fastest growing revenue source.

Attribution and measurement, along with viewability, top the list of publisher concerns followed by ad fraud and bots, the increase of mobile consumption and ad blocking.

Other key findings of their research include: 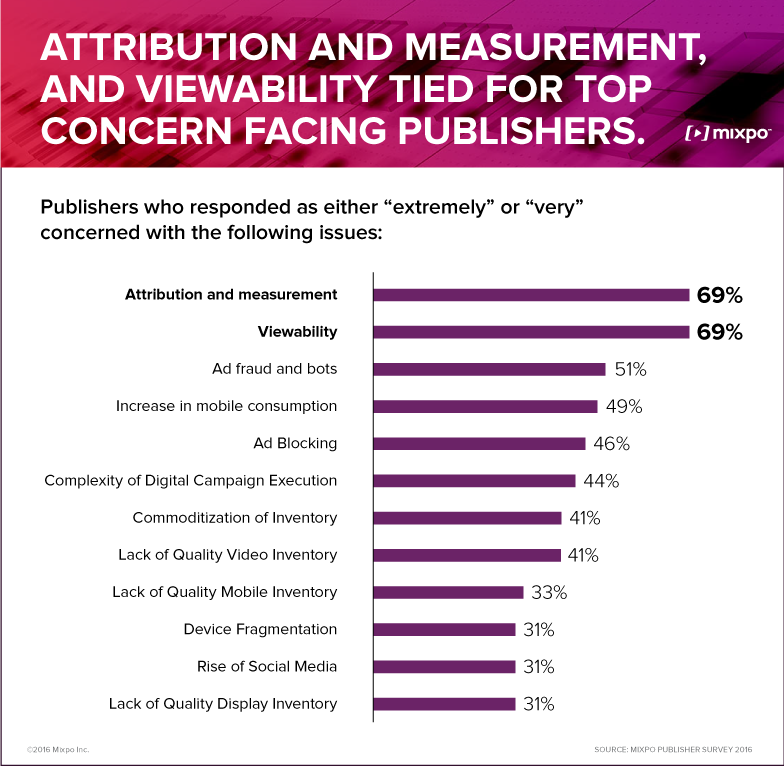