The advance of mobile and connected devices has caused a sea change in the way news is consumed and delivered. But knowing that people are spending a significant amount of time on mobile news sites and apps is not the input organizations need to architect an effective digital strategy. They also require more visibility into news consumption patterns across devices and demographic data that will help them to better understand and engage with an audience eager to access news and determined to explore new pathways.

This is where a new two-part series of insights based on custom research conducted with Nielsen and commissioned by Knight Foundation entitled Mobile-first news: How people use smartphones to access information sheds important light on how this audience of “news-seekers” is seeking, finding and interacting with news content across a variety of platforms and — more importantly — social media networks. 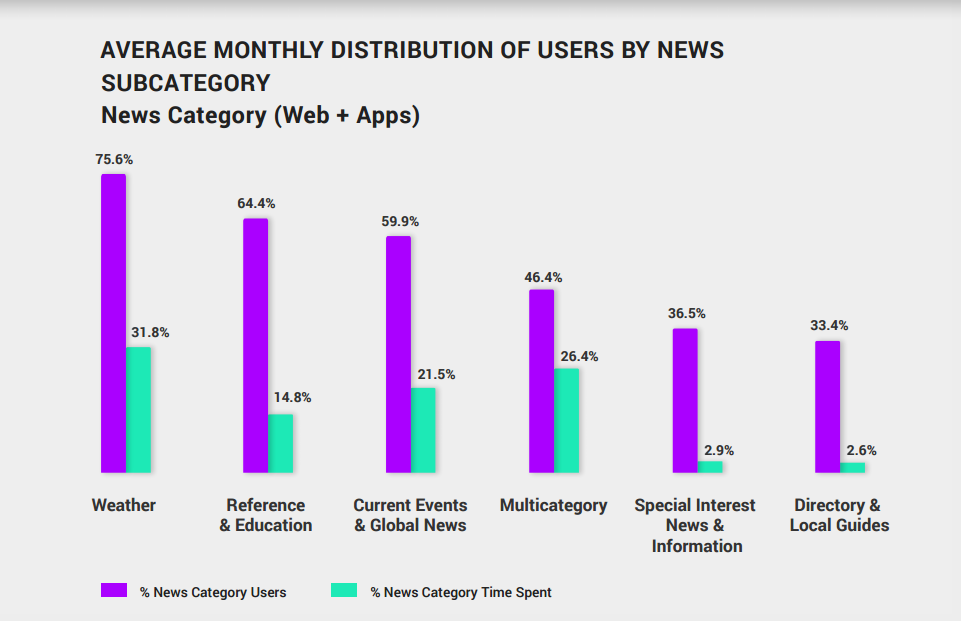 The good news is the audience of news-seekers across mobile sites and apps is “immense” and shows no signs of slowing. In fact, the research tells us that the vast majority (89%) of the U.S. mobile population (or 144 million users) now access news and information via their mobile devices. The not-so-good news is that the audience of news-seekers accessing and reading news on more traditional mobile sites and apps is decline compared with the numbers flocking to social networking platforms. (The Nielsen study reveals that the audience for news aggregator app Flipborad is the only one showing a steady increase — while audiences for all other top news apps are moving sideways.)

The social shift
The shift to social is seismic. Overall, 27% of mobile time (more than 12 hours per month) is spent on social networking sites. Facebook leads the pack with over 70% of its members using Facebook for their news fix every day. But it’s not the network for everyone. Consumption patterns differ depending on the social networking platform —  with LinkedIn standing out as a favorite for news-seekers looking for tech and financial and business news and Instagram dominating as the destination for life-style news and trends.

The pathways to news content are also evolving. Facebook and social networks may be where much of the action (and activity) is, but search and email are also “launching pads for news-seeking activity in both apps and mobile sites.” The challenge for publishers, the research says, is “to be nimble in not just one channel but several.” 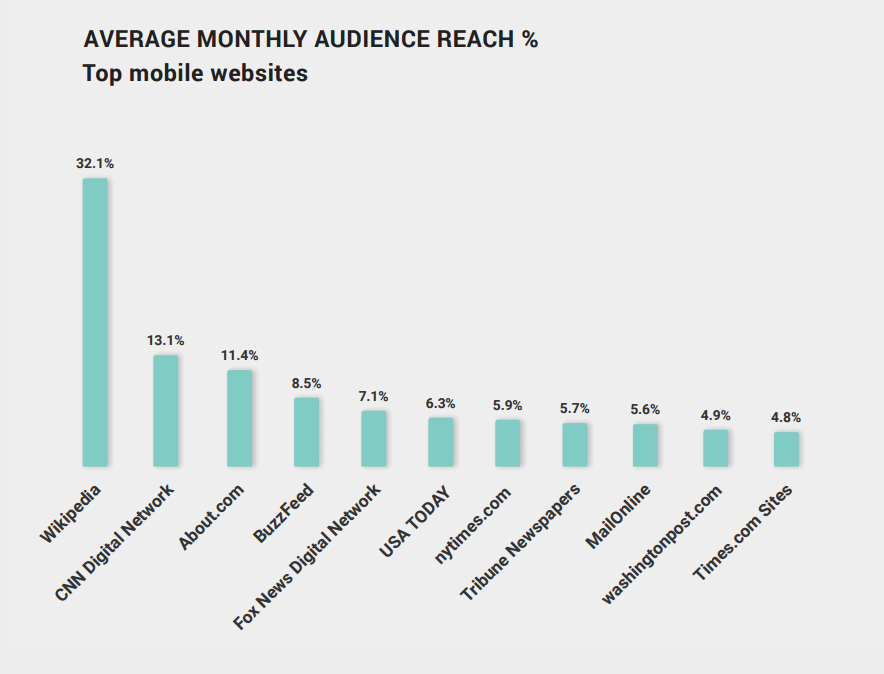 It’s also important to know which destinations are driving traffic and encouraging audiences to explore news content. The research places Wikipedia top of the list of websites visited by news-seekers prior to “exploring sites as varied as BuzzFeed, Daily MailOnline, nytimes.com, usatoday.com, washingtonpost.com and those of the Tribune newspapers.” Wikipedia has become a top reference site because current news and events are often embedded within Wikipedia entries, providing news-seekers the opportunity to learn more about a topic after reading a news article.

Demographic impact
But again, the top reference sites differ depending on demographics. News-seekers coming to news content from social sites and chat apps tend to be younger and more ethnically diverse, while referrals from mobile apps such as ESPN and Yahoo.com tend to bring in the 35+ crowd. Overall, news-seekers ages 18-24 are “3 and 4x more likely than typical online adults to go to news content from Instagram, Pinterst and Snapchat.”

Different ethnic groups also have different preferences. African-Americans are “2.5x more likely than typical online adults to go to news content from Twitter” while Hispanics lead mobile news-seeking in all categories and arrive at much of their news content through sources including BuzzFeed and Facebook.

Whether news-seekers come to the content they want via apps or aggregators, audiences share what the research calls a “a desire for news that is personalized to their interests.”

Read between the lines, and news consumption has grown rapidly — but so has the number of pathways to news content. While television remains the top source for all audiences, social media networks are also gaining traction as a trusted and even preferred source for news content and activity. Publishers are well advised to stop debating whether they should adopt a mobile or app strategy and focus on strategies that will allow them to distribute content in a way that reaches news-seekers on the devices they prefer and — more importantly — via the social networks they love.