European-based global news syndicator News Republic has made its mark as a disruptive, ‘mobile-first’ provider of highly personalized, and hyper-relevant news by delivering people what they want, when they want it, to their device or format of choice. With apps for smartphones, tablets and wearables, readers can customize their News Republic news feed from over 1 million topics, drawing from 50,000 articles, 40,000 photos and 1,500 videos that are easily, intuitively and algorithmically nano cast to literally go with the news flow. Peggy Anne Salz — mobile analyst, nine-time author and Content Marketing Strategist at MobileGroove — catches up with Gilles Raymond, News Republic Founder and CEO, to map the developments since 2008, when his company sparked a global news revolution by giving the power of information back to the people — completely ad-supported and enabled by mobile technology. 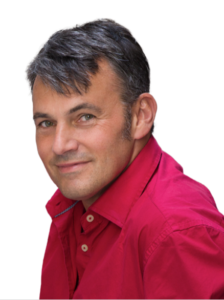 News Republic has been named the world’s largest news provider with millions of readers and 1,650 licensed publishing partners globally. Please update us on the key stats around partnerships, readership, and what you think is driving your app growth?

Gilles Raymond: Today our partners include AFP, Al Jazeera, Associated Press, BBC, Bloomberg, CNN, The Guardian, The Huffington Post, India Today, Reuters, Russia Times and Tencent. We count 12.5 million active users generating well three billion news views. We purposely made the decision not to crawl the Web and grab RSS feeds because we didn’t feel it was right or fair to the media ecosystem. We took the higher, harder road to syndicate content, signing deals one by one, that has allowed us to grow and be a truly global new provider. We have chosen an approach that benefits the ecosystem — which is how we have sealed deals with more than 1,650 media companies worldwide, content we offer via our app in 40 countries and 37 languages. We publish 50,000 articles a day, full articles, and give our readers all the content on the mobile platform, as well as on a tablet and a smart watch.

News Republic is available on a variety of platforms. How important is it to be ‘mobile-first’ and what platforms are working best for your content?

Gilles Raymond: Mobile is a must — which is why we chose from day one back in 2008, when we set up the company, not to go to desktop. We made the connection that personalized news made the most sense on a personal device, so we bet that mobile would be the number one medium people would use to access content, especially news, and we do not have a presence on desktop to this day. We are also not convinced about the opportunities on smart TV — at least not for accessing news content.

For now, we focus on platforms: smartphone, tablet and, increasingly, on smart watches. The News Republic app was awarded Best Mobile Media Publishing App at Mobile World Congress 2015, and we made that app available for Apple Watch in April 2015. We’re thrilled to be an early pioneer on wearable devices, and to extend our content to the Apple Watch platform. We were one of the first developers invited to Cupertino to create for the Apple watch and we created a unique user experience tailored for it – one that optimizes “Glance Journalism” and seamless connectivity between devices.

You are obviously focused on being on the bleeding-edge of mobile, but you have also begun to unbundle your offer to provide channels of content not just channels of access. How has this progressed to date?

We started by following our readers and reading the data. The average user is reading or viewing 186 pages per month. So, the figures basically show the average user is reading a book of nearly 200 pages dedicated to news that interests them. Then we started to drill down and saw that we had a huge audience for tech news, for example. We decided to provide them an offer and a platform that was more tech oriented. We later did the same with news and reviews about video games. This way the user is in control and decides — and that choice is now between three apps that we publish: News Republic, which is all the news content, filtered to show people what matters to them, and Appy Geek focused on tech news and Appy Gamer that showcases games and gaming news.

You offer all of this content for free. Explain your decision and how you have been able to create and cultivate an ecosystem that brings together both publishers and advertisers to make this possible — while also making sure your content — and advertising — remains relevant, not annoying.

Gilles Raymond: Our mission is to deliver news to each citizen of the world and that to do that we believe that the appropriate business model is to give news for free supported by advertising. Some of the advertising is banner, which has been by default the most successful format. But while the reader might still see a banner, they’ll also see a list of articles of related and recommended reading where the suggestions are mixed with native advertising, which is contextually relevant because it fits with the content.

So, the sponsored post makes a comeback — and a lucrative one at that?

Gilles Raymond: Well, it is clearly marked as “advertising.” We have just formatted it to fit less intrusively into the content flow. The benefit here, for readers and brands, is the relevance of native advertising. It’s highly personalized, which means the advertiser is not shooting into the dark. They are promoting to a target audience and in instances where the additional information makes sense. Another format where we see a significant revenue stream, and as well as usage, is video. We have seen a three times increase in the number of mobile video ad views over the last 12 months, which is why we are convinced of the power of this medium

That’s a great segway to discussing the user and usage trends you are seeing. Last year you surveyed 14,000 app users across six countries. What insights can you share?

Gilles Raymond: We did the survey to find out why readers consume news and the platforms they prefer, but we also gained much more in the process. First, we found out that readers consume news to stay connected to the world. The majority of our respondents, 73%, consume news on apps several times a day — and over one-third check their apps between 30 and 60 minutes during the day to check daily news.

In every country tech news was the most popular. But readers in different countries saw different value in reading new in general. Americans read news to “engage with people” and “feel smarter”; British like to share news to amuse their friends; French are more likely to share news in order to scorn the subject of the news report; Germans access news in order to have interesting conversations and be ‘in-the-know’; Italians are the most averse to people and celebrity news; Spanish and Mexicans appreciate more “shocking news” and Spanish, in particular, are enthusiastic about the possibility to access news on wearables. Meanwhile, Russians are the least likely to share news to support a cause. They also consume news because they believe keeping up with news is the way to make better decisions.

Your global data reveals your users have many diverse views when it comes to value of new content and how to consume it. How do you intend to make sure your content — and how you offer it — is sticky and compelling?

Gilles Raymond: If you look at the big picture you see that there was never a time when so many people were spending so much time reading news — they just want to have it their way. We believe the best editor-in-chief for the news you, Peggy, want to read is you, Peggy. Therefore, we have built in a system where we push and recommend the news on the topics the reader is genuinely interested in, either through a manual filter or through a curated filter.

But, to be fair, you aren’t the only news company offering personalized content…

Gilles Raymond: Yes. But we are the one with such a vast array of content — 50,000 articles, 1 million topics — that we make it possible for people to personalize their news and 60% of them do, even if their interests are at the very end of the Long Tail. I call that a big differentiator. The other is convenience. People don’t need to open a Web browser or mobile web browser or even an encapsulated browser.

First, we created the audience with a great app experience. Since we didn’t have a big, beautiful brand like the New York Times, or the big marketing budget you get when you are VC-funded, we had to say our differentiator will be our focus on quality. Thankfully, the app experience delivered and we have been featured many times in the App Store. That, and the fact that we are in 37 languages and 40 countries, allowed us to approach the OEMs.

Today we have partnered with leading mobile manufacturers including HTC, Samsung and Acer. etc.. They like the fact that they can take our application, put it on the handset and immediately appeal to 90%+ percent of their user base — especially in territories where English isn’t the leading language. Coming from Europe being global and open is in our DNA— and handset makers in countries like China appreciate this. Our partners also appreciate that we have signed deals with media companies for the content, so the level of exposure of liabilities is zero compared to other companies that take feeds without checking on the terms and conditions associated to the feed.