We could soon see the emergence of a new wave of publishers that don’t require home pages or apps; their sole purpose is to syndicate content through different channels and social platforms.

Since the advent of the Internet, publishers have been trying to leverage distribution channels — such as social media networks — to drive traffic to their own websites. Now, though, content can be hosted and monetized on these third-party platforms through services including Facebook’s Instant Articles or Snapchat’s Discover. As such, we can see the emergence of a new wave of “homeless” media companies that don’t require a home page; their sole purpose is to syndicate content.

The evolution of digital media distribution

Digital media companies have, to this point, generated revenue primarily through advertising displayed on their own websites. The amount of money earned corresponds at least indirectly with the size of the audience visiting their pages, so publishers turn to external platforms to build their brands. The Huffington Post and Drudge Report utilized search engine optimization to grow, while BuzzFeed, Vice and Vox are prime examples of sites utilizing social media channels to create “viral” content.

In fact, BuzzFeed founder and CEO Jonah Peretti said his company was “a global, cross-platform network for news and entertainment.” According to social analytics company NewsWhip, BuzzFeed earned more than 35 million combined Facebook likes, shares and comments in October alone.

From traffic acquisition to syndication

The goal of acquiring traffic via search and social is coming to an end for some, though. A few publishers are aiming to syndicate their content through various channels, not including a home page or website they own. They instead rely solely on the distribution and monetization from being on third-party platforms such as Facebook et al. A good example of someone using this model is NowThis, which has built a successful content business model despite having a website that currently reads, “Homepage. Even the word sounds old. Today the news lives where you live.”

Why could “homeless” media become a trend?

1. Mobile and app consumption is on the rise. 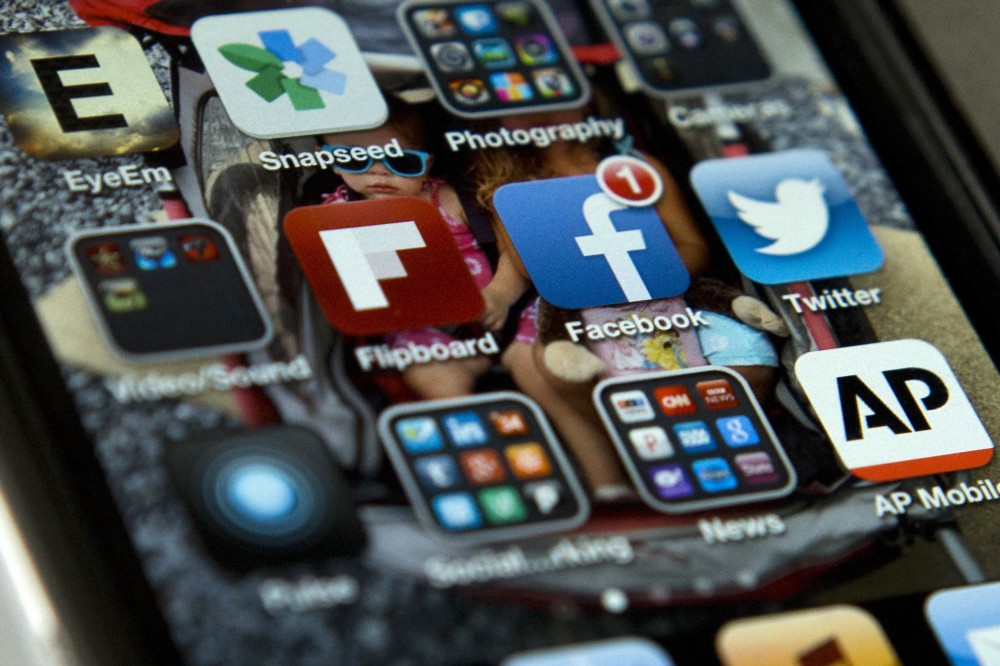 In June, mobile accounted for two out of every three minutes spent consuming digital media in the U.S., according to comScore. In 2014, mobile apps surpassed desktop as the leading digital media usage platform.

Also in June, according to comScore, total time spent consuming digital media via mobile apps reached close to 779 billion minutes, versus nearly 551 billion minutes on desktops. eMarketer highlights that users in the US spent 170 billion minutes on Facebook’s mobile app. It’s becoming clear, if it hasn’t already, where audiences are spending their time — social networks.

2. Third parties are creating platforms for publishers to easily distribute and monetize content. Facebook’s Instant Articles and Snapchat’s Discover allow partnering publishers to directly reach growing audience bases with native content. For example, The Washington Post recently announced it would send 100 percent of its stories to Facebook so all content could be immediately accessible to users of the social network, with no loading time or paywalls to sift through. CNN has a dedicated team of one designer and two edit staffers specifically focused on creating content for Snapchat.

Additionally, Google recently announced its Accelerated Mobile Pages (AMP) Program to help publishers create mobile-optimized content and have it load instantly everywhere. Twitter has an opportunity to work with partners on itsMoments feature, which presents a curated section of tweets related to the same topic.

Media companies can benefit by teaming up with these technology firms to create platform-specific content for the distribution channels with the largest audiences, potentially creating more engagement and revenue opportunities.

What does this mean for you?

The rise of “homeless” media suggests a tipping point is at hand and that media companies will need to figure out how to approach it from both business and editorial perspectives. How much (and what) content should be sent to these channels? What’s the revenue potential in either case?

If you are an entrepreneur building the next big media brand …

If you work at one of the big platforms …

With native content consumption on third-party platforms growing, will it still be relevant for media companies to invest significant resources on running and maintaining their websites and mobile apps?

Francesco Marconi (@fpmarconi) is Strategy Manager for The Associated Press and fellow at Columbia Journalism School. He writes about media, storytelling and innovation.

Note: This article originally appeared on Medium. Reprinted with permission.