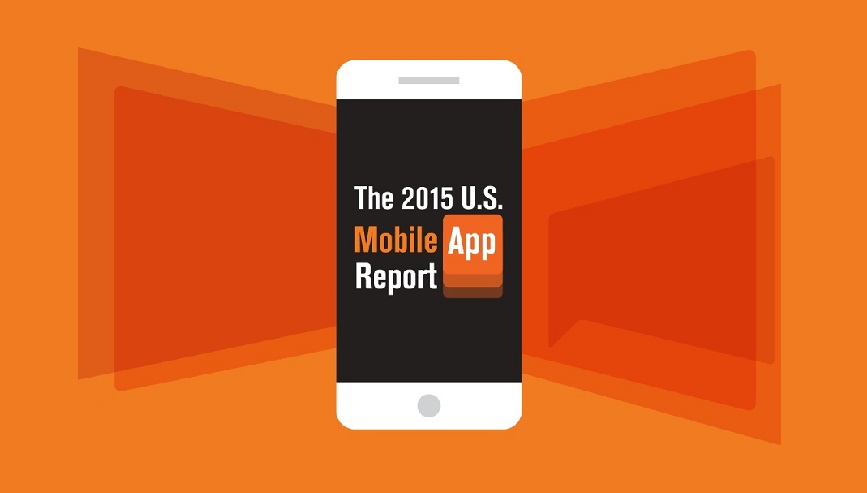 Consumers’ digital usage continues to increase its concentration in mobile. According to comScore’s 2015 Mobile App Report, mobile phones now account for two out of every three digital minutes or 62% of time spent online, up from 51% in 2013. In contrast desktop usage only accounts for 38% of digital time, down from 49% two years ago. Further, mobile users spend more than 44% of their digital time using smartphone apps.

Mobile App usage is the key driving force in the overall growth of digital media. In fact, nine in 10 minutes spent on mobile are spent on a mobile app. Smartphones apps have a slightly higher share of total minute at 88% versus table apps at 83%.

It’s not surprising that Facebook and Google own eight of the 10 most-visited mobile apps among unique visitor, age 18+. Facebook leads with nearly 126 million unique visitors and close to half have installed the app.

Interestingly, millennials’ mobile usage time is dominated by social, video, music and communications. They spend on average almost 26 hours a month on Facebook, 7 hours on Instagram, 6 hours on Snapchat and Tumblr each and 3.5 hours are spent on Twitter.

The millennial audience is the most engaged digital audience spending an average of two hours a day on social and entertainment apps, more than any other demo. In fact, half of all time spent on smartphone apps is spent on the person’s most used app and approximately 60% usage for tablets’ most popular app. 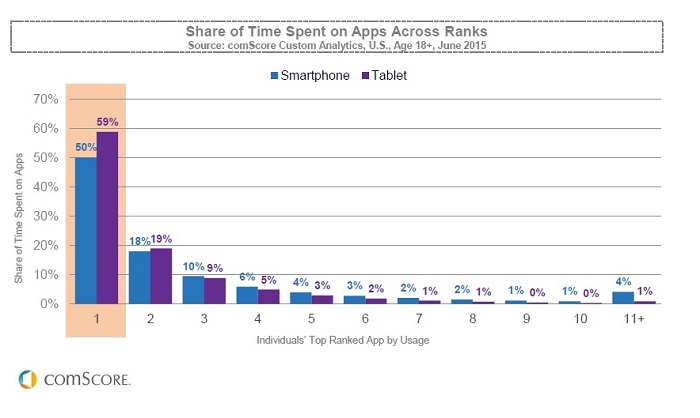 ComScore also reports mobile ads to be quite effective with 2-3x greater point lifts with regards to aided awareness, favorability, likelihood to recommend and purchase intent. Mobile ad effectiveness can be attributed to mobile ads placement in a less ad clutter environment and also the immediacy to a point of purchase.

Mobile offers publishers a unique opportunity to expand their brand across platforms. It’s also a key opportunity to attract millennials as long term and engaged users.