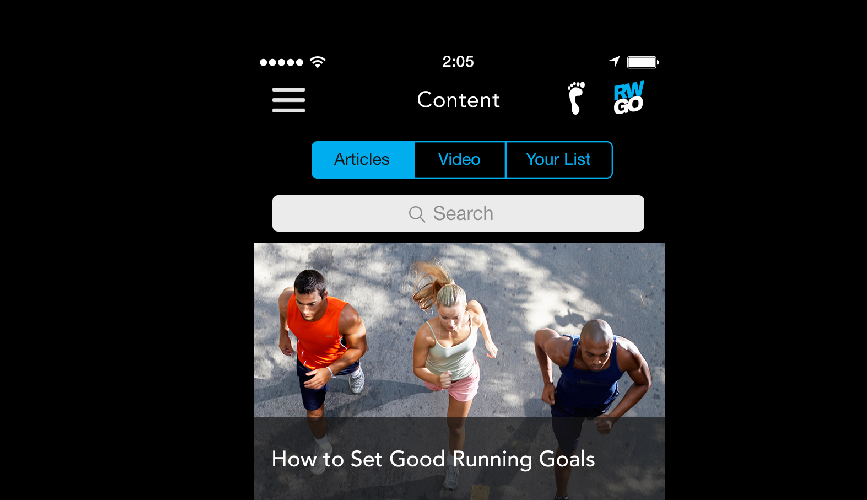 Who knows runners better than Runner’s World? In publication since the 60s, the magazine boasts 18 global editions and reaches millions of people worldwide—from beginners to hardcore marathoners. The brand, like many others in the Rodale stable, takes great pride in the sense of community it builds around interests, which in turn feeds its understanding of the content its readers crave. With the debut of Rodale’s first utility app, Runner’s World GO, the company is also betting it knows what its readers need.

In fact, that’s what Rodale’s SVP of Digital Operations and Strategy Beth Buehler believes sets it apart from existing running apps on the market. “We’re able to take our expert editorial content and complement it with useful technology to deliver a running app that people will find really useful.” Rather than simply track performance, Runner’s World GO is built on a foundation of content that supports a runner’s needs, objectives, and overall healthy lifestyle—including pre-and post-run nutrition, recipes, motivation, stretching and more. 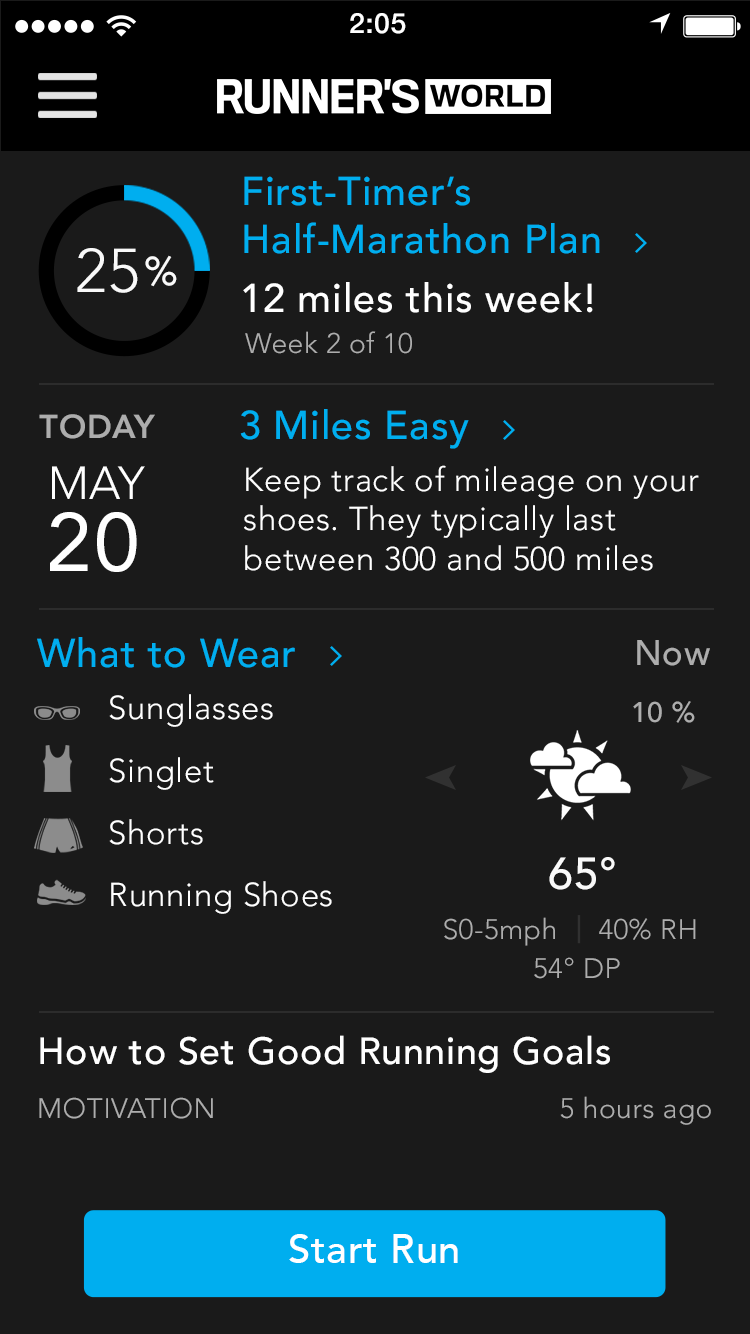 The app includes a number of utilities such as run tracking, training plans, a dashboard that provides a view of what the user has planned for the day, and real-time weather updates, powered by AccuWeather. The weather feature also supports a “What to Wear” functionality that helps runners figure out the best gear for that day’s run. Buehler said that identifying the right weather partner was essential for the usefulness of this app because weather is a really critical decision-making data point for runners, not just impacting what they wear but also when and where to run. “AccuWeather has been a terrific partner with great data that we are incorporating into our digital platform and use across a number of brands.”

In fact, that points to a larger strategy of continual building, testing, and iterating. Buehler points to Rodale’s significant investment in unifying its content platform and code base over the past few years, which forms a solid foundation for this strategy. Buehler describes it as an “ideal combination of organic tech and third party tech,” which allows them to be more nimble and plug into third party offerings such as AccuWeather’s.

The Runner’s World Go app is the first in an anticipated series of new utility apps – the next one is planned for year’s end. Buehler says that the team doesn’t want to allow their excitement to dictate the strategy. As with editorial products, customer reaction to the new app will be closely monitored and user feedback will be incorporated into this and future projects.

That said, Beuhler anticipates incorporating features like the ability to tag articles and categories of interest along with other personalization aspects. She says they are also carefully considering how the app might best work with the Apple Watch, though at launch it will integrate with a number of other tracking technologies on the market. The company is also testing a freemium model — free download for much of the feature set — however, it also features a $2.99 monthly subscription that provides additional content and functionality such as training plans and custom workouts. Add-free at launch, the app will eventually include sponsorships based on user data and geo-targeting, as well as video ads.

Describing the Runner’s World audience as very local and very vocal, Buehler emphasizes that they are looking forward to a lot of useful feedback on the app. “Fitness apps, particularly in the running space, are really taking off,” she says. And, given its editorial expertise and engaged reader base, Runner’s World believes it is in a unique position to lead the pack with the right combination of content and utility.