Want people to pay for your content? It’s simple: Get to know their needs, and create content experiences that meet them. That may sound simple but as Harvard Business Review’s (HBR) success shows, it takes a lot of work to get it right.

Josh Macht, Harvard Business Review Group Publisher, describes their process as an on-going conversation with customers. These days, that means finding multiple ways to interact with not only HBR’s 285,500 paying subscribers, but also the 5 million people in its database. These interactions take place through live events, in-depth querying of the 19k members of its advisory group, and a significant investment in analytics. Macht says HBR has become “increasingly scientific with data and analytics on the backend” but that all of these approaches in tandem are what provides them with the ability to design products users not only want—but are willing to pay for.

Vice President of Marketing Sarah McConville describes it as a Venn diagram where the ideal subscription offer is conceived of at the intersection of content, format and audience. “Obviously, it all starts with producing high quality content that our readers find valuable and we are always thinking about how we can continue to stay on the cutting edge of business research and thought,” she says. McConville also points out the many ways that HBR has expanded their format over the past five years—from its redesigned website, to a magazine redesign that’s in the works, as well as its print and ebooks, digital tools and events. Emphasizing the role that audience understanding plays in the company’s subscription strategy, she also notes HBR’s “significant investment in understanding our readers through audience research, website and social behavior analytics, and targeted discrete research.” 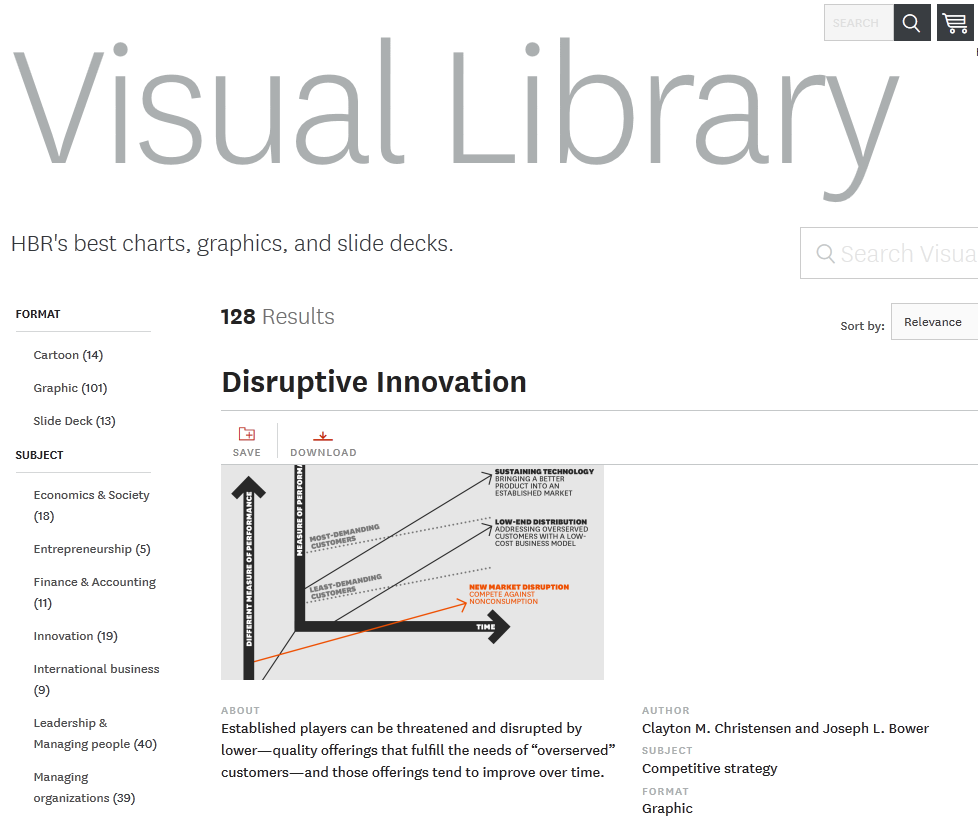 The clearest example of both the product development and subscription strategy emerging from this process is HBR’s Visual Library, which made its official debut in June. It allows paid subscribers to access a continually expanding collection of HBR’s charts, infographics, and fully customizable slide decks. The product came about after customer research revealed how many users rely on HBR information for their own presentations and the value of making that process easier for them. Both the research and new offering have paid off: On the day the Visual Library was announced (via its 5-million strong database), it became the second most trafficked page on the site, almost immediately triggering renewals by a slew of previous subscribers who had not yet re-upped. And the Visual Library generated more than buzz and renewals; it brought in new subscribers at an increased subscription price.

“What we’re trying to do is not take the approach of ‘add more, pay more,’” says McConville. “Instead, we try to find the right combination of elements that justifies a higher price.” She points out that as the print-to-digital migration has evolved, we’ve seen readers go from a wiliness to pay for, say, a tablet edition in addition to print to “merging the value of digital and print together.” To charge a premium, she says today’s content consumers demand more than format, they need tools that allow them to leverage the content in ways that “save them time and gives them confidence.”

Macht recognizes that, given the media industry’s increasing concern over the volatility of the advertising market, a wide range of publications are considering subscription offerings. However he also identifies a significant hurdle standing in the way of their success: “Though they say they want to get into the subscription business, they are still in the ad business. A dual focus is really difficult to support.” Unfortunately, many of the underlying requirements in driving the views necessary to support an ad-supported model run counter to those of developing a robust subscription business.

Macht knows firsthand how challenging these internal cultural shifts can be, pointing out that “way back when I first joined, we needed to open up the funnel, but the DNA of the organization was ‘we sell everything so we can’t give it away.’ But we didn’t have a pulse on the web.”  Years later HBR is flourishing online both at its site, which boasts 5 million visitors a month, and through its 6 million social media fans and followers. This year’s new website design was accompanied by a redesigned freemium model. Now anonymous users can access five free articles a month, and if they register—making them a more highly addressable audience—they can access up to 15. HBR has also opened up the site content and toolset to those registered users for July and August, which has already doubled the daily average of people registering.

Then the process of getting to know these recently registered people to subscribe begins in earnest. And that, as Macht and McConville will affirm, is not just about conversion, it’s about an ongoing conversation.