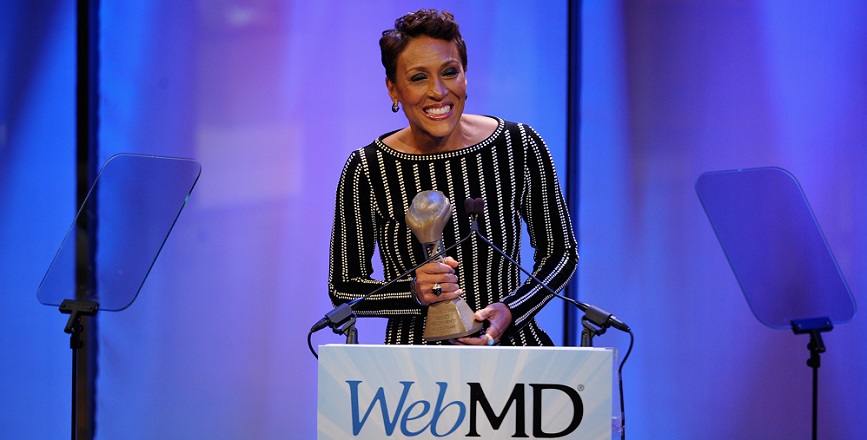 WebMD has signaled an increased emphasis on video with the announcement of its new video series “The Future of Health.” While WebMD is no stranger to video content, it has teamed up with Robin Roberts’ Rock’n Robin Productions to develop new original video programming featuring five prominent health and medical advancements illustrated by global experts who will bring the information to life.

Hosted by Roberts, “The Future of Health” will highlight medical advancements as well as powerful human-interest stories. WebMD editors and Rock’n Robin Productions’ team of network, cable, digital, and commercial producers plan to begin production later this month, with the series slated for Q1 release. President Steven Zatz, M.D. says “We are really thrilled to be working with Robin Roberts on this series on such exciting topics. She is an inspiring and compassionate storyteller who can make the future of health accessible today.”

Zatz noted that there is a very broad appeal for the subject and not just for those whose health might be directly impacted, but for others who have a friend or family member that these medical advances might help in some way as well as those interested in general advances in medicine and technology. “There is such an interest from the public in what’s going on in healthcare. Also, some of the most interesting science and applications of technology are in healthcare. Whether it is ourselves or loved ones, these topics touch everyone.”

Some of the topics, however, can be complex and confusing. Given its reputation as a trusted source for reliable medical content, Zatz believes that WebMD is uniquely positioned to identify emerging medical advances, to reach a large audience and to make a positive impact. And while the series will contain a range of multimedia content, they are emphasizing video because it is an optimal format to communicate complex subject matter. “I’m a physician,” said Zatz, “and I find the video helpful myself.”

While WebMD already produces a significant quantity of video content, the collaboration with Roberts heralds a “serious investment in high-quality video” an effort to keep pace with the general trend to satisfy increasing consumer demand, particularly as it is readily consumable on mobile devices. “All Digital Content Next members are seeing the rapid growth of access to our content through mobile. We are all thinking hard about how you put together content that plays well on mobile or desktop,” Zatz said.

However “The Future of Health” series, which is slated for launch early this year with a series of five videos is more than simply another addition to WebMD’s online video lineup. “Stay tuned,” says Zatz. “We are exploring video and its uses. We think we have both perspective and audience that will respond to video programming but the web isn’t the only outlet. We are always interested in reaching new people and reaching our existing audience in new settings.”