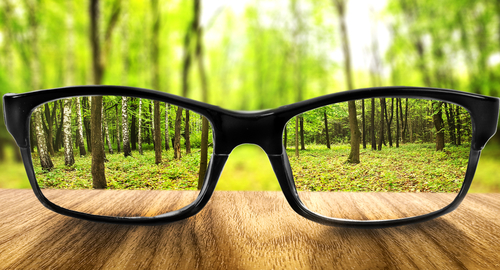 Like many in the media, I ended the day Wednesday reading Farhad Manjoo’s column on the Fall of the Banner Ad: The Monster That Swallowed the Web. My immediate take was that, although Manjoo’s overall premise about the problems with online advertising isn’t incorrect, he unfairly puts the blame on “the evil banner” perhaps just because it is visible; in the troubled world of online advertising it’s the one thing we can easily put a face on. However most things in digital are not that simple. Here, the real culprit lurks in the darkness and I believe Manjoo buried the lede; in fact, he says as much at the end of his article: “You can’t blame the web’s decline entirely on the usability nightmare perpetuated by banner ads.”

Industry leaders, including the IAB’s CEO Randall Rothenberg, are responding to Manjoo’s column with their own opinions (read Rothenberg’s In Defense of the Banner Ad) all expressing differing opinions and healthy dialogue. However, I believe that, as stewards of the future of a great industry that we’re still building, opinions that simply defend the status quo and broadcast “all is well” are irresponsible.

The banner didn’t swallow the web. The banner is simply a format, merely a pattern of pixels on the screen. Pixels can entertain, pixels can inform, pixels can influence. But pixels can’t single handedly gobble up the digital ecosystem. The shape and format of the pixels is the art on our canvas and has nothing to do with the challenges that Manjoo rightly points out. The banner is the most popular, and therefore most maligned, format so it’s the easy scapegoat but we’re foolish if we think the banner is the villain. If any other format replaces the popularity of banner ads, we’ll have the exact same issues unless we solve the real problems which Manjoo buried in the column.

So who or what swallowed the web? The trust parasites. The real problem is that, in a gluttonous race to easy short term revenue, the web breeds bad actors. Let’s break this down a bit:

Problem #1: The industry never constrained the supply of banners in a desperate attempt to grow as quickly as possible. Unlimited banners could be placed anywhere on a page, below a page, off a page, automatically refreshed, hidden under a pixel (where I grew up, we called this fraud).

Solution: Only when pinned against the wall have we now begun to address the roots of these problems with anti-fraud efforts and the move to transacting on “viewable impressions.” The mistrust in the supply chain has led to an imperfect market that has delivered great business opportunities for the intermediaries sitting in between the brand marketers and the brand publishers. Up to this point, the market has spawned hundreds of companies profiting from this arbitrage business. A number of these incumbents are attempting to abuse the transition to viewability as a tactic to garner short-term wins.

Problem #2: The industry has allowed any single banner to usher in dozens of third parties that provide little or no value for the marketer, the publisher and, most important of all, the consumer. One ping from an ad server often fires off dozens of tracking cookies and data collection beyond any consumer’s worst expectations. This has resulted in consumers trusting online advertising less than any other platforms whether print, radio, television or billboards.

Solution: Consumers still need a more simple and effective way to opt-out of third party data collection across digital media. It’s my belief that the Do Not Track setting in the browser is that solution if the industry would stop resisting progress on behalf of consumers.

Problem #3: The industry allowed the success of the banner to be defined by the interaction with it rather than the time in which it was exposed. As soon as the industry began to judge success and failure based on clicks, the creative artists left the room and the data scientists took over. Rather than marrying the art and science together in a powerful way that only the web can do, the banner became the greatest direct response vehicle in the history of media. With free flowing data and the lack of postage and printing costs of postal mail, advertising solved many problems for marketers. It’s worth noting that Rothenberg’s defense of the banner ad included a comparison in yield to direct mail. Point made.

Solution: Moving to metrics that actually measure the exposure of an ad impression. The significant discussion around time-based measurement is interesting and at Digital Content Next we’ll continue to explore the possibilities for the industry.

The banner is not the problem. It is a convenient target given its visibility to those of us in the industry who are frustrated with the state of digital advertising. We cannot afford to allow ourselves to focus on a symptom. We need to put our efforts into eradicating the underlying rot and constructing a viable digital advertising ecosystem that delivers sustainable revenue derived from effective marketing and consumer value.