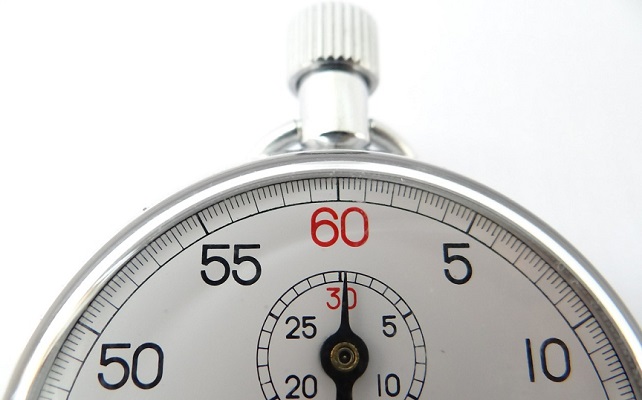 From the threat to cookies to inventory-glut, banner advertising was already in enough trouble when the dire statistics about viewability started to come in. In 2012, AdSafe Media found that, on average, 20% or less of all ads were in view for 15 seconds or more prompting the Media Rating Council (MRC) to issue a viewable impression advisory in November of 2012 aong with a call for the industry to develop intelligence around non-viewable ads.  Though momentum was building. In June 2013, comScore still found that 54% of display ads were not seen at all, creating even more pressure on the marketplace to deliver solutions that factored in viewability.

And the industry responded. This March, the MRC lifted its advisory of viewability  and industry interest in buying and selling on this metric began to heat up.advertisers became able to buy and sell display ads based began in earnest. The standard for a viewable online impression was set as 50% of its pixels remaining in-view for one continuous second or two for an online video ad. While there are differing opinions on where this bar should be set, a viewability standard is a solid start in developing digital advertising metrics that demonstrate effectiveness. Seeing an ad is certainly a step in the right direction given that the goal of advertising is to capture the attention of an audience long enough to make an impact.

So while viewability sets a baseline, many believe that that the true measure of ad-effectiveness is time-spent. Our research shows that 60% of premium publishers are already considering transacting based on time and 8% will begin testing it this year. And 4% of those participating in the research are already testing time-based measurement.

Among the early leaders are Gannett and FT.com, both of which participated in a panel on time-based measurement at a Digital Content Next  members-only event on October 22nd. The program featured a panel of experts that included Josh Schwartz, Chief Data Scientist at Chartbeat; Jonah Goodhart, Founder/CEO of MOAT; Daniel Rothman, US Director of Marketing & Insight at the Financial Times; and Steve Ahlberg, Vice President, Advertising Solutions and Product Management at Gannett Co. Inc. Ad Age reporter Michael Sebastian moderated the panel.

Digital Content Next CEO Jason Kint noted in his opening remarks, “I’ve never seen a topic pick up this kind of momentum in the market. Viewability is part of our world going forward but time based measurement will absolutely be part of that future.”

Gannett was early on board for viewability, implementing validated impression measurement and guaranteed viewability in 2012. However, as Ahlberg pointed out, “We still have a long way to go before there’s value to everyone in the ecosystem. This problem has been going on so long that it has caused a lack of trust.” In fact, he predicts that it will be another 18 months before the advertising world is widely transacting on time. “Engagement isn’t something we see in DFP [DoubleClick for Publishers] right now,” he said, making the point that all of the components of forecasting, billing, etc. must be designed to incorporate engagement metrics, of which time-spent is a telling factor.

This summer, the Financial Times began to test a method of buying and selling inventory using time-spent. The company believes that viewability is a positive development, but that it doesn’t go far enough. During the panel, Rothman outlined FT research which found that the tipping point for ad engagement is not one or two seconds. “We can prove that five plus seconds matters,” he said.  Ad recall, familiarity, association and consideration all get between 51% and 58% uplift at the five second mark according to Rothman. Thus, he is piloting a program in the New Year that will guarantee 100% viewability for five seconds.  “We recognize that not all impressions are created equal. The research has proven that this is not opinion. This is fact. We need move the conversation on from quantity metrics.”

The FT works with Chartbeat, which got its start by providing real-time insights on content for editors and reporters. The editorial side of the house, according to Schwartz, “got it immediately. They want people to spend time with their articles; that’s why they write them. And, with the advent of viewability, it starts to matter to the business side of the house.” To his mind, monetizing on time better aligns both sides of the content business.

While Schwartz said he would be “highly surprised if the exact model that companies Gannett and FT are using right now is what we end up with,” he applauds the experimentation so that the industry can move towards metrics that provide value to the entire ecosystem. MOAT’s Goodhart cautions against counting on any publisher’s solution (or any single metric) dominating the industry. “It is a mistake to make it about one nuance of the idea of attention. We believe in attention, but we think it might be a combination of time and other things. We need to move people away from impressions and clicks, but give them options.”

Certainly, this transition away from CPMs will not happen overnight. At the FT, Rothman says that all of the agencies and partners they are working with “find this interesting and exciting” however they also hear that time-based measurement doesn’t fit in with how they are already buying media. “There’s a need for them to look outside their spreadsheets.”

Goodhart reports that, in just a matter of months, he has seen a huge shift in the understanding of viewability and finds CMOs are asking for it and that for 2015, he believes that a large number of agencies will “put a stake in the ground here.” And when that happens, Schwartz predicts that programmatic will take a big hit and that “publishers that redesign their sites around viewability are going to benefit.”

And, referring to the new Digital Content Next Research “How Time-Based Measurement is Grabbing Digital Publishers’ Attention,” Ahlberg said “For the five percent that said viewability that doesn’t matter, go back and tell your business leaders it is here. Educate your sales teams about the metrics that work and be confident in your story.”

Other coverage of this event and the related research: