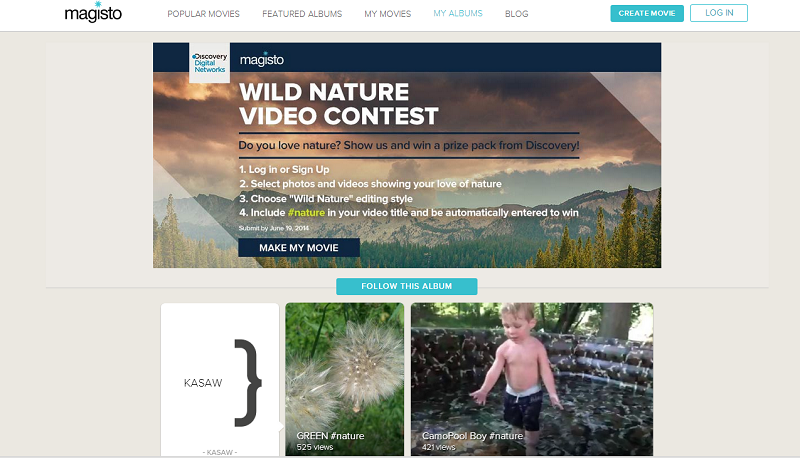 Everyone wants to be in the video business these days—and for good reason. The audience for digital video is expected to climb from 190.6 million this year to 204.6 million in 2017, with almost 117 million watching on mobile devices. For Discovery Digital Networks, its 30-year legacy of creating compelling video gives it a solid lead. The trick, of course, is to maximize those assets.

Magisto employs Artificial Intelligence-driven technology that analyzes and automatically edits and produces raw video and photos to recreate life experiences and personal memories for their network of 35 million users. This collaboration lets consumers tell their own stories mashed up with Discovery Digital Networks’ content, enhancing their storytelling and inserting the brand into consumers’ personal stories.

As Louderback sees it, “video is a natural communication medium for anyone under the age of 25. I don’t think it will ever replace text, but it is taking on an important role for many media consumers.” Unfortunately, many who get into the game view it through the traditional broadcast lens. “Which is exactly the wrong thing to do. You have to think about it being more of a conversational medium.” And when he says conversation, he means an interaction, not an “old media megaphone” model.

Beyond entertainment and engagement, the opportunity, says Lauderback, is to become integrated into the most intimate and important pieces of people’s lives. “Think about it: They are creating the story of a graduation, a child’s birthday, or the biggest fish they caught and now they can layer in our video to tell these stories in an even more meaningful, dramatic way. You have these incredible moments in your lives and Discovery is woven into them.”

Having joined the company through its acquisition of Revision 3, where he was CEO, Lauderback describes Discovery Digital Networks as “very forward-thinking…we try things and sometimes we fail, but we always learn.” With the Magisto partnership, he sees the possibility of new monetization opportunities for the company’s valuable video assets. “These experiments are important.”