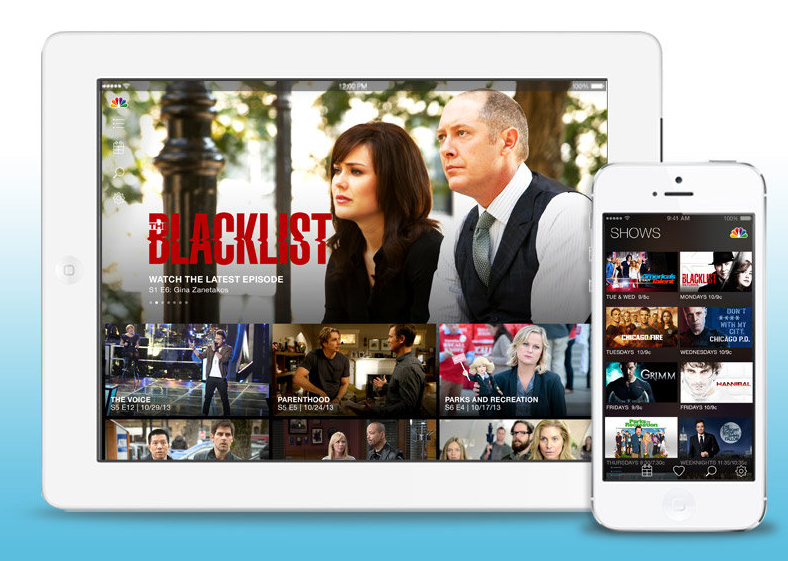 This Q&A is part of OPA’s “Three on Three” series where we ask three industry executives the same three questions on a topic to uncover actionable insights… If you want to learn more, keep an eye out on our site for more interviews. Today’s Three on Three interview is with Rob Hayes, Executive Vice President Digital Media, NBCUniversal on Delivering Compelling Multiscreen Experiences

Q: Where do you start in conceiving of a multiscreen user experience?

A: The best place to start is at the beginning. That may sound obvious, but really, the most effective multiscreen experiences happen early on before a project is too far down the path of content development. For a multiscreen experience, we like to get into the digital DNA of the show and develop that story organically.

In my experience at NBC, digital is tightly integrated with the programming department. We all report up into the same chairman and we are not siloed. When we have an idea for a show, digital is there in the early stages. I have a team that sits with the programming executives. Our digital executives, who develop what those digital extensions will be, work in parallel with other creative channels, which allows digital to develop more holistically. At the end of the day, it delivers a better user experience because digital is not an add-on; it feels natural to the program. You need to be involved from the beginning and it needs to start with the content and programing itself.  Really, if a user is thinking about screens and not the content, you have failed to make a true connection with your audience. All of the experiences, from one screen to the next, need to act in concert with one another, resulting in an overall experience that is greater than the sum of the individual parts.

The first one is The Voice. While the show was a hit internationally, it was virtually unknown domestically when Talpa brought it to NBC. From Season One, with several other music shows already established, we knew we had to take The Voice to the next level. So we set out to create a deeper, more compelling interactive experience than any show before it had done. It was essential to make the fans feel part of the show from the moment it premiered.

The Voice pioneered the use of real-time social mentions on-air, igniting social conversation that began with the airing on the east coast and continued throughout the season. Our embedded social team was on set day in and day out capturing behind the scenes content that’s only possible by being physically on location. Our social experts then crafted custom social art and conversation specific to each social platform, creating a richness and organic feel to new and existing fans in ways that felt personal and relevant to them individually and collectively. Most recently, we added “the live Twitter save,” which lets fans at home instantly save their favorite artist from those who are at risk of elimination moments later.

A second example of our approach to multiscreen is around a show we launched last fall called Million Second Quiz. From the start, this show was created to be a multiscreen experience. It premiered in September but in early August, we launched a robust app and site where people could go and compete with others, answering trivia questions that appeared in the show itself. While the game could be played just for fun, once you hit certain levels, you were qualified to be a contestant on the show. This let the digital experience not only create awareness for the show, but also allowed us to use digital for prequalifying, serving as a casting call for people to appear on the show itself. I think that Million Second Quiz was groundbreaking in how it removed the disconnection between a show and its digital experience. Users of the app and site were now part of the show, competing in the same way and for the same prize as those who were on the air. This is the power of an interactive, multiscreen experience in that it can turn TV into a massive multi-player game. And we have only really scratched the surface of what we can do creatively to empower more viewers to activate around the television experience and change the definition of storytelling.

It worked well for us in all of these areas, but the gaming experience alone was incredibly successful. We had had more than 2 million downloads. We trended at #1 for a time on iTunes and stayed in the top 25 through the premier and run of the show. When the show went live, you could play along with the show, but you could also play any time. We had up to 500,000 concurrent players.

The Voice and Million Second Quiz are great examples of what you can accomplish when digital is part of your strategy right from the beginning.

Q: What do you see as the biggest opportunity in developing multiscreen experiences?

A: I think that this is the big opportunity: To create shows that incorporate organic multiscreen experiences. I think that it reflects how consumer behavior has changed. Consumers and creatives expect digital extensions for more and more experiences and television programming is no different.

And from the programming perspective, digital allows shows to live beyond the 30 or 60 minutes they are on the air each week. These multi-platform experiences let users engage with that content and the brand for the rest of the time until the show airs again.

Multi-platform experiences give brands a way to participate along with consumers. Think about the nature of live programming: As television viewing becomes more and more fractured, innovation in this area gives the industry a way to engage fans and get them to view live.

And if through these multi-platform experiences, we can engage fans in a way that increases ratings even one-tenth of a point that falls right to the bottom line.

Prior to that, Hayes made his biggest impact at Showtime Networks Inc. where he oversaw all things digital for the premium network, developing robust multi-platform identities for such critically acclaimed shows as “Dexter,” “Weeds,” “Nurse Jackie,” “Californication” and “The Tudors.” Earlier in his career, Hayes served as Vice President of Business Development and Vice President, International Business Development, assessing opportunities for Showtime and other Viacom brands. Hayes has received numerous industry awards, including a 2010 Primetime Emmy for Outstanding Achievement in Engineering Development for Showtime Sports Interactive.