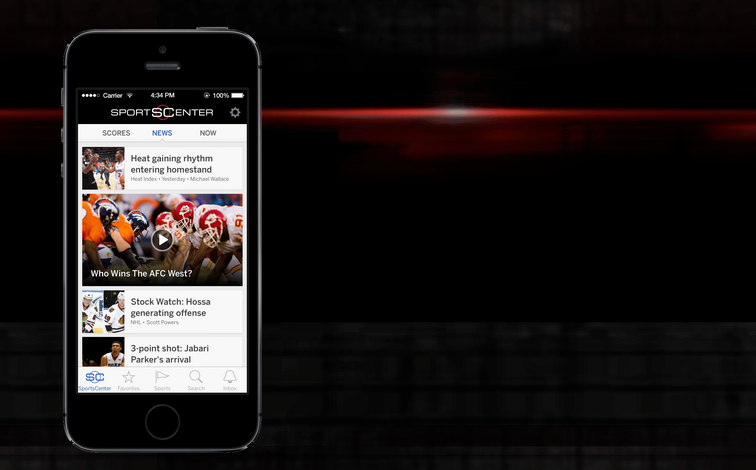 This Q&A is part of OPA’s “Three on Three” series where we ask three industry executives the same three questions on a topic to uncover actionable insights… If you want to learn more, keep an eye out on our site for more interviews. Today’s Three on Three interview is with Ryan Spoon, SVP Digital Product, ESPN on Delivering Compelling Multiscreen Experiences.

Q: Where do you start in conceiving of a multiscreen user experience?

A: We think about multiscreen experiences in two primary and important ways: First, we program for the best screen available and optimize the experience and functionality accordingly. For instance, what a fan wants and expects on a mobile phone differs from the tablet which differs yet again from the big screen television.

Second, while the functionality might change based on screen size and capability, the interactions and design should be familiar and cohesive. We almost always conceive of products and experiences as capable of being multiscreen and part of a larger product portfolio / offering.

Q: Describe one of your recent or forthcoming multiscreen initiatives/projects.

A: WatchESPN is a very good example because we have worked hard to make it available on all screens but special for each screen’s platform and use-case. WatchESPN has been released or updated on Apple TV, iOS, Android, Kindle, Roku XBox One and XBox 360−with more to come. We were careful to design the product specifically for each use case and platform and to take advantage of different functionalities and capabilities.

For instance, the iPad application introduced the Live Toolbar which enables fans to watch multiple videos at once and access live scores. This functionality was specifically crafted for that device and platform. With Apple TV, we introduced Airplay integration and a standalone application. For example, you can fling a game from your iPhone to the television using airplay and now use your phone to follow gamecast or fantasy scores. In that case, the screens are interacting but each play a specific, standalone role.

Q: What do you see as the biggest opportunity in developing multiscreen experiences?

A: There are two big opportunities−and challenges−with multiscreen experiences, in my opinion.

First, if you define multiscreen as functional across all devices and platforms, personalization and user familiarity are critical. For instance, if I move from iPhone to desktop and then to tablet, everything should be synced, familiar and painless. Login and personalization are the key.

Second, if you define multiscreen as two screens functioning concurrently, the challenge and opportunity are to eliminate friction. Simply asking users to open multiple devices at once is a logistical and funnel challenge. Making it simple and contextual is very challenging. But ultimately, it is the right way to do it. I think we are making strides through cross-application deep-linking, Airplay integration and improved television integration, as examples. I think Twitter is also doing interesting work with their “See It” button integrations. These are all steps forward.

Ryan Spoon was named Senior Vice President, Product Development in July 2012.  In this role, he is responsible for digital product development across all screens, including ESPN.com, ESPN Mobile, WatchESPN, ESPN3, Fantasy, and Social Media. Prior to ESPN, Spoon was a venture capitalist at Polaris Venture Partners and specialized in early-stage consumer internet, social media and e-commerce investments. Previously, Spoon served as Vice President, Marketing and Business Development for Widgetbox (now Flite) — a platform for brands and publishers to create dynamic, shareable ad units.  Prior to that, Spoon spent 2003 to 2007 at eBay, focusing on internet marketing, user acquisition and social products, while launching and managing eBay’s U.S. Classifieds business. While he was a collegiate swimmer for Duke University, Spoon founded beRecruited, an online recruiting platform for high school student-athletes and college coaches. beRecruited was acquired in 2007 by RVS Ventures.