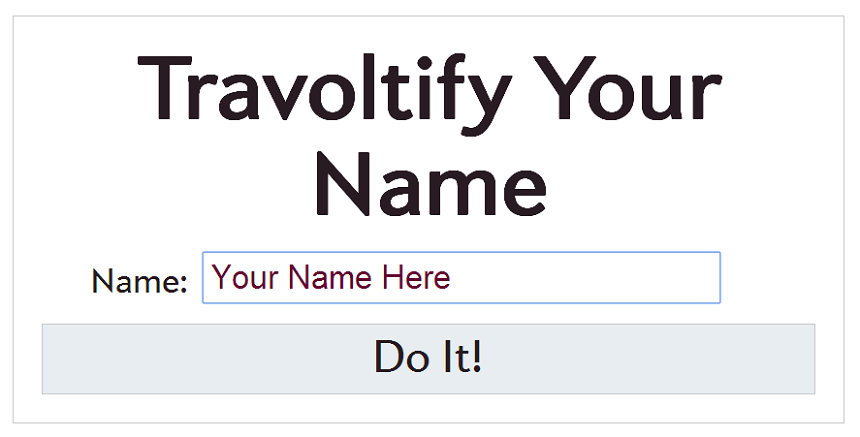 Covering everything from political scandal and civil unrest to technology and pop culture, Slate satisfies its audience with its highly intelligent and wholly irreverent perspective on just about everything. Slate is a go-to for an insightful take on the topics du jour. But it feels a lot more like a friend who finds humor in almost any situation than a dogmatic professor. Apparently you can discuss Romulans and the Big Bang on the same page as The Poetry of the Cosmos and Putin’s Invasion of Ukraine. Who knew?

Slate editor David Plotz, for one. In fact, he says Slate makes a conscious effort to hire staff who “are serious about their subjects, but also witty. It is core to our brand to be smart, analytical and funny.”

Funny is exactly the right word to describe John Travolta’s Oscar night name-mangling of Broadway singer Idina Menzel as “Adele Dazeem.” We’ve all mispronounced names, though generally not with 43 million ardently-engaged viewers watching. Jokes were bound to ensue. But back at the Slate office, Monday morning joking turned into Monday afternoon pageview gold.

According to Plotz, Slate video producer Jim Festante came up with the The Adele Dazeem Name Generator and Slate interactive editor Chris Kirk, “a coder with journalistic DNA and a good wit” brought it to life — to the tune of nine million page views and counting. In fact, it is Slate’s most-viewed content to date. The widget, says Plotz, “blew up like nothing we have ever seen.”

While it can be tempting to look at the success of the name generator and try to mimic it, and equally tempting to enter the names of anyone you know (which will likely extend well beyond your lunch break), not every story needs a widget. One size does not fit all. Nor, it seems, does any set formula. The fact that Slate was “born digital” affords it unprecedented editorial flexibility. Likening his decision-making process to Michelangelo’s (tongue just barely in cheek) Plotz says, “I cut away all the pieces that don’t look like David.”

Sometimes, that takes the shape of an award-winning article. And sometimes, of a wildly-popular widget. The trick to knowing how to tackle a Slate story, it seems is “treasuring the relationship with [its] audience, which is very devoted and very smart.”

It is also about the relationship between technology and journalism. “Journalism, for a digital publication,” says Plotz, “is intrinsically an interaction between the words and the medium. Sometimes that means an 18,000 word story and sometimes that means a generator.”

Like Slate “generators” before it — which include the Carlos Danger Name Generator (“Get a name like Anthony Weiner’s alleged sexting pseudonym”) and the Mitt Romney Income Generator (“How long would it take the GOP candidate to earn what you make in a year?”) — The Adele Dazeem Name Generator leverages editorial wit with digital agility and technological acumen to create interactive experiences that are naturally social. This latest widget success has already garnered five million referrals from Facebook and 43,000 tweets.

“Our Oscars coverage was extensive, with a dozen or maybe 20 stories coming out of it. Like the rest of the audience, we saw this super funny moment and sometimes you need to do something quick. Fish gotta swim, right? It just seemed so natural.”